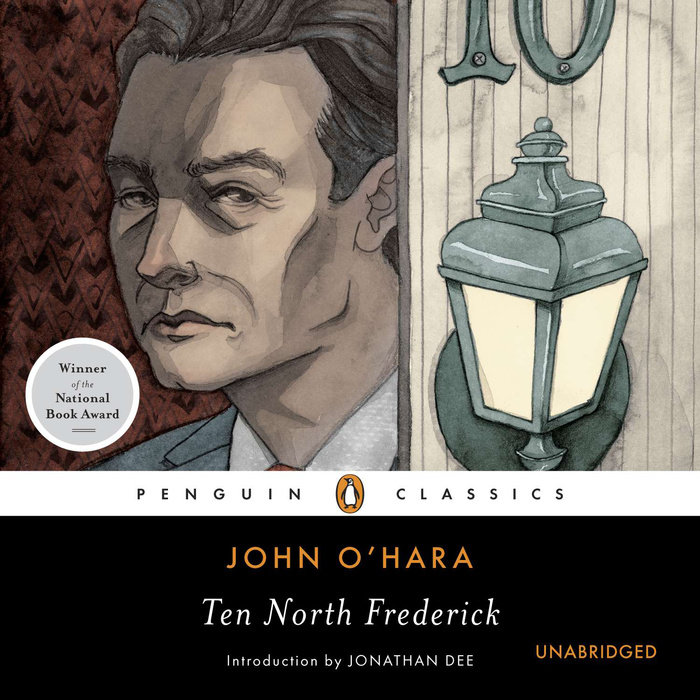 Joe Chapin led a storybook life. A successful small-town lawyer with a beautiful wife, two over-achieving children, and aspirations to be president, he seemed to have it all. But as his daughter looks back on his life, a different man emerges: one in conflict with his ambitious and shrewish wife, terrified that the misdeeds of his children will dash his political dreams, and in love with a model half his age. With black wit and penetrating insight, Ten North Frederick stands with Richard Yates’ Revolutionary Road, Evan S. Connell’s Mr. Bridge and Mrs. Bridge, the stories of John Cheever, and Mad Men as a brilliant portrait of the personal and political hypocrisy of mid-century America.

For more than seventy years, Penguin has been the leading publisher of classic literature in the English-speaking world. With more than 1,700 titles, Penguin Classics represents a global bookshelf of the best works throughout history and across genres and disciplines. Readers trust the series to provide authoritative texts enhanced by introductions and notes by distinguished scholars and contemporary authors, as well as up-to-date translations by award-winning translators.
Read More
Winner of the National Book Award

“If ever an author was ripe for a critical rebranding, it’s John O’Hara. . . . And Ten North Frederick in particular seems deserving of a fresh readership. . . . In the wake of the 2008 crash and the social volatility it engendered . . . the great American fairytale of class mobility is poised to become, once again, the next frontier in American literature. In that respect, as in many others, John O’Hara, whose work and whose persona could not appear more old-fashioned on their surfaces, turns out to have been miles ahead of us.” —Jonathan Dee, from the Introduction

“I have several friends who have been urging me to read John O’Hara for years. . . . This is the first John O’Hara novel I have read, and I can’t wait to read more. . . . Ten North Frederick is, without a doubt, a brilliant book. . . . You can’t put it down. . . . As I write this, I have just finished reading all 77 of the National Book Award fiction winners. Now I’m going to read more John O’Hara.” —Harold Augenbraum, executive director of the National Book Foundation

“O’Hara remains one of America’s greatest social novelists of the twentieth century . . . He captured one of the most far-reaching social transformations in American history. . . . To read [his Pennsylvania] novels is to enter an entire world. They work on the reader with an unspectacular but cumulative power.” —The Atlantic

“[O’Hara] was as acute a social observer as Fitzgerald, as spare a stylist as Hemingway, and in his creation of Gibbsville, in western Pennsylvania, he invented a kind of small-bore variation on Faulkner’s Yoknapatawpha County.” —Los Angeles Times

“Politics, sex and social intercourse—the finest, most discerning and compassionate novel he has written—one of the most distinguished works of modern fiction.” —The New York Post

“O’Hara occupies a unique position in our contemporary literature. . . . He is the only American writer to whom America presents itself as a social scene in the way it once presented itself to Henry James, or France to Proust.” —Lionel Trilling, The New York Times
Read More