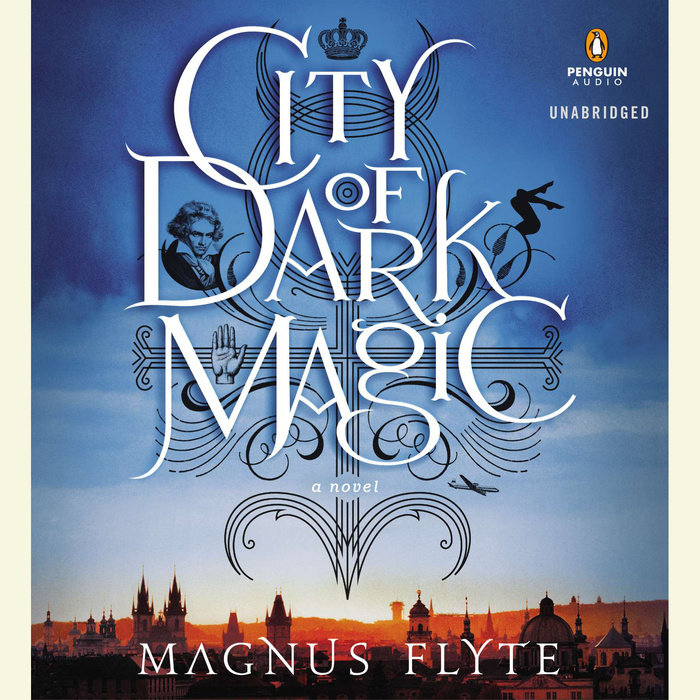 Once a city of enormous wealth and culture, Prague was home to emperors, alchemists, astronomers, and, as it’s whispered, hell portals. When music student Sarah Weston lands a summer job at Prague Castle cataloging Beethoven’s manuscripts, she has no idea how dangerous her life is about to become. Prague is a threshold, Sarah is warned, and it is steeped in blood.
Soon after Sarah arrives, strange things begin to happen. She learns that her mentor, who was working at the castle, may not have committed suicide after all. Could his cryptic notes be warnings? As Sarah parses his clues about Beethoven’s “Immortal Beloved,” she manages to get arrested, to have tantric sex in a public fountain, and to discover a time-warping drug. She also catches the attention of a four-hundred-year-old dwarf, the handsome Prince Max, and a powerful U.S. senator with secrets she will do anything to hide.
City of Dark Magic could be called a rom-com paranormal suspense novel—or it could simply be called one of the most entertaining novels of the year.
Read More
NEW YORK TIMES BESTSELLER

Praise for City of Dark Magic by Magnus Flyte:

“This deliciously madcap novel has it all: murder in Prague, time travel, a misanthropic Beethoven, tantric sex, and a dwarf with attitude. I salute you, Magnus Flyte!”
—Conan O'Brien

“The most wickedly enchanting novel I’ve ever read and also the funniest. A Champagne magnum of intrigue and wit, this book sparkles from beginning to end.”
—Anne Fortier, bestselling author of Juliet

“An entertaining mix of magic, mystery and romance, it’s one of the most original novels released this year.”
—CNN.com

“A fantastical adventure set in the world’s most emo city. … A growing number of novels seek to erect fanciful bulwarks against the dull logistical deluge of the real world. … To read these novels is to finally and happily tread the literally magical streets of cities that will only ever exist in our naïve imaginings. The officious yet sinister London of China Mieville, Neal Gaiman, Jonathan Barnes, and Mark Hodder; the tense, swollen Istanbul of Ian McDonald; Emma Bull’s faerie-haunted Minneapolis, Rob Thurman’s monstrous New York City, Laurell K. Hamilton’s matter-of-factly supernatural St. Louis: None of them exist, yet all of them are real. To this almanac add the Prague of City of Dark Magic, by Magnus Flyte. … Beguiling …City of Dark Magicnever fails to shimmer exotically, erotically, on the page.”
—Slate.com

“I was sold on newcomer Magnus Flyte’s recent novel when I looked at the clock and realized that I’d been reading for four hours without pause. … Rom-coms can, indeed, be smart, sexy, and self-aware.”
—Tor.com

“Sometimes you want a book that simply entertains, and City of Dark Magic does just that. There’s a bit of everything, and when one scene seems impossible, know that the next will top it. Go with it. It’s a good ride and a great way to escape reality for a bit.”
—Bookreporter.com

“The darkly charming and twisted streets of Prague provide the deliciously dramatic backdrop for this paranormal romp that fires on all cylinders, masquerading by turns as a romance, a time-travel thriller, and a tongue-in-cheek mystery.”
—Booklist

“A wild ride through the streets and history of Prague. … The author has crafted a beautiful work of art in this novel and I found myself drawn in as much as Sarah. A tantalizing world grows in your mind’s eye as the author’s words paint the picture effortlessly with tempestuous characters and a beautifully dark setting.”
—Bibliophilic Book Blog

“The riddle of Beethoven’s ‘Immortal Beloved,’ alchemy and clandestine love fuse in this fast-paced, funny, romantic mystery. Meg Howrey (The Cranes Dance, 2012, etc.) and television writer Christina Lynch have combined their talents, writing under the pseudonym Magnus Flyte. Brilliant musicologist Sarah Weston has been summoned to Prague to catalog Beethoven manuscripts at the Lobkowicz Palace. How can she refuse? Her mentor, Professor Sherbatsky, has defenestrated himself from the palace, and a dwarf has appeared at her door, encouraging her to go and presenting her with a pillbox containing what appears to be a toenail clipping. Yet Prague is a dangerous place, a place where the walls between worlds have thinned to precariously fragile layers. But Sarah cannot believe Sherbatsky committed suicide, and she is eager to study the manuscripts, so she begins to pack. Before she can even get to the airport, however, someone breaks into her apartment. Nothing appears to be stolen, but an ominous alchemical symbol has been drawn on her kitchen ceiling. Once in Prague, events turn both stranger and sexier. The castle lies at the center of a dispute between two branches of the Lobkowicz family. As Sarah dutifully sifts through the manuscripts, she discovers clues not only about the “Immortal Beloved,” but also Sherbatsky’s strange behavior leading up to his death. The other scholars hired that summer to catalog the castle’s contents suspect Sherbatsky of drug use, and Sarah finds herself experimenting with the time-warping drug. She also accidentally has anonymous sex in the bathroom, joins forces with a 400-year-old dwarf, lands in jail and falls in love with the prince. But Sarah has also attracted an enemy, someone who will stop at nothing to keep Sarah from discovering a secret of perhaps international proportions. Even the minor characters are drawn ingeniously in this exuberant, surprising gem.”
—Kirkus Reviews 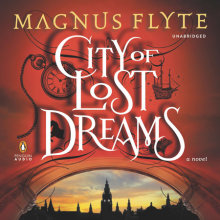