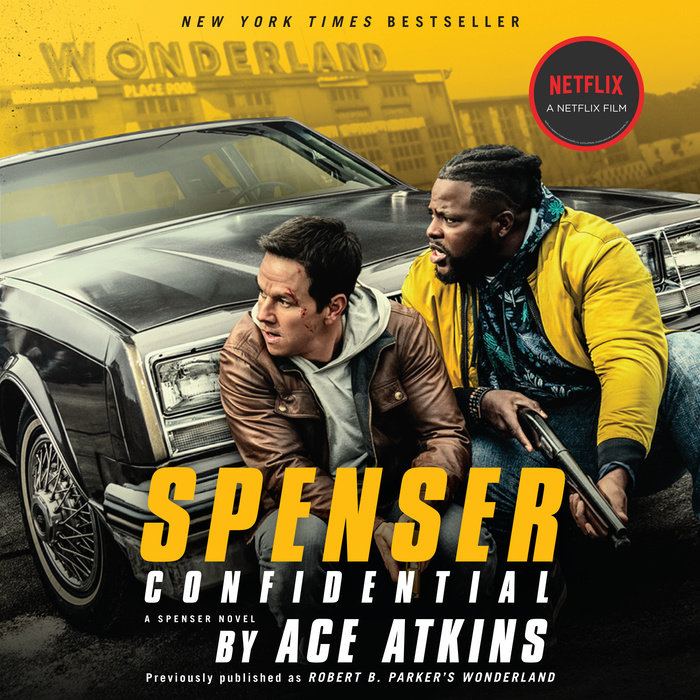 Written by: Ace Atkins
Read by: Joe Mantegna
Created by: Robert B. Parker
7 Hours and 3 Minutes Imprint: Random House Audio Genre: Fiction - Mystery & Detective - General Release Date: May 07, 2013
Henry Cimoli and Spenser have been friends for years, yet the old boxing trainer has never asked the private eye for a favor. Until now. A heavy-handed developer is trying to buy up Henry's condo on Revere Beach and sends thugs to move the process along. Soon Spenser and his apprentice, Zebulon Sixkill, find a trail leading to a mysterious and beautiful woman, a megalomaniacal Las Vegas kingpin, and plans to turn to a chunk of land north of Boston into a sprawling casino. Bitter rivals emerge, alliances turn, and the uglier pieces of the Boston political machine look to put an end to Spenser's investigation.

Aspiration, greed, and twisted dreams all focus on the old Wonderland dog track where the famous amusement park once fronted the ocean. For Spenser and Z, this simple favor to Henry will become the fight of their lives.
Read More
Praise for ROBERT B. PARKER’S WONDERLAND

“Atkins finds his footing this time, settling into the character and concocting a fairly complex caper with urban development, organized crime, and sex all playing roles….Quite a good crime novel.”
—Booklist

“These books are real gems…the old Spenser magic is back.”
—Aspen Daily News

Praise for ROBERT B. PARKER’S LULLABY

“Handpicked by the Parker estate to be the keeper of the flame for the Spenser franchise, award-winning author Ace Atkins rises flawlessly to the occasion. In addition to the signature dialogue, all the familiars are fully resurrected: Susan, the sexy shrink; Pearl, the wonder dog; Hawk, the wonder sidekick; good cop Quirk, and, of course, Spenser himself, that consummate knight errant for the 21st century.”

“Even the most fanatical Parker fans would be hard pressed to identify any aspect of this Spenser novel that doesn’t read as if it were penned by Spenser’s late creator.…Atkins hits all the familiar marks – bantering scenes with Spenser’s girlfriend, fisticuffs, heavy-duty backup from the dangerous Hawk – as he offers familiar pleasures.”

“A brisk read. Atkins gets the important things right, from Spenser’s dark sarcasm to the gritty attitude of Mattie Sullivan, a 14-year-old Southie girl trying to solve her mother’s murder.”

“Atkins succeeds. He doesn’t sound like somebody trying to emulate Parker…. Spenser, thankfully, sounds like Spenser. You also get the vivid sense of place, flexing of muscles and spare plot that were hallmarks of Parker’s 39 Spenser books….It’s a feat when a writer creates characters who live and breathe on the page and make readers care and keep coming back for more. To manage that with someone else’s characters, let alone with an icon like Spenser, is a minor miracle. Ace Atkins pulls it off.”