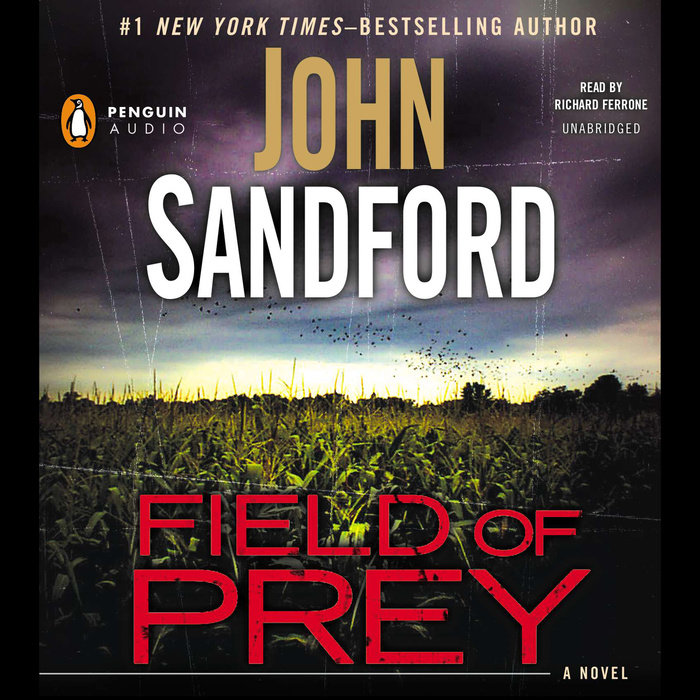 On the night of the fifth of July, in Red Wing, Minnesota, a boy smelled death in a cornfield off an abandoned farm. When the county deputy took a look, he found a body stuffed in a cistern. Then another. And another. By the time Lucas Davenport was called in, it was fifteen and counting, the victims killed over just as many summers, regular as clockwork.

How could this happen in a town so small without anyone noticing? And with the latest victim only two weeks dead, Davenport knows the killer is still at work, still close by. Most likely someone the folks of Red Wing see every day. Won’t they be surprised.
Read More
Praise for Field of Prey

“One of [Sandford’s] best. His writing and the appeal of his lead character are as fresh as ever. This author is a master writer and he pulls out all the stops to tell the latest adventure . . . For those who think they know everything they need to know about Lucas Davenport, this book proves them wrong. It also shows that Sanford still has some tricks up his sleeve when it comes to writing totally engrossing books. Sanford has always been at the top of any list of great mystery writers and this latest book shows why…It is one of his best and that makes it something really special.”—Huffington Post

“Consistently brilliant, Sandford shows the methodical steps inherent in such a case, without sacrificing plot, pacing or character.”—Cleveland Plain-Dealer

“Sandford seems to top himself with each new installment; the latest is no exception to that rule . . . It doesn’t get any better than Field of Prey. . . This is a series you must be reading if you are not already.”—bookreporter.com

“As always, Lucas and Sandford are superb . . . Another top-notch thriller destined for best-seller lists.”—Booklist (starred review)

“Suspenseful . . . Sandford has tricks to play to confound readers before the tension rises and leads to a violent and surprising conclusion.”—Publishers Weekly

“Sandford’s Davenport novels are always very good, and this is the best one in a long time. It’s suspenseful, witty, and wise in the ways of modern politics. And the conclusion is darkly unforgettable. A superb thriller.” —Booklist

“The perfect summer read, as far as I’m concerned.” —Stephen King on Today