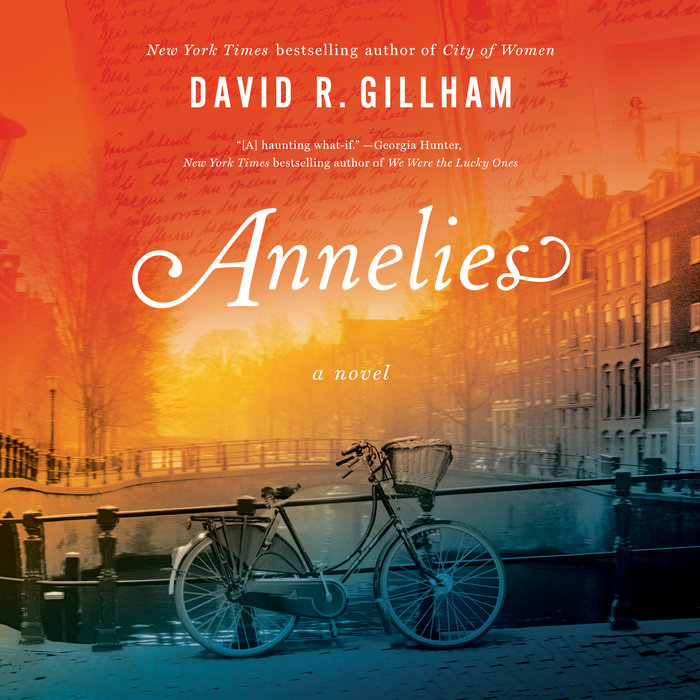 Written by: David R. Gillham
Read by: Saskia Maarleveld & David R. Gillham
14 Hours and 51 Minutes Imprint: Penguin Audio Genre: Fiction - Historical - General Release Date: January 15, 2019
“Gillham is a powerful storyteller, and Annelies is marbled with spare eloquence that captures the absurdity of life after the camps. . . . A novel that reminds the world to remember Anne Frank is most welcome.” —USA Today

“A haunting what-if.” —Georgia Hunter, New York Times bestselling author of We Were the Lucky Ones

“Not only a poignant reminder of all that was lost during the war, but a vivid, searching exploration of what it meant to exist in the aftermath.” —Jessica Shattuck, New York Times bestselling author of The Women in the Castle

From the author of City of Women, a powerful new novel that asks the question: What if Anne Frank survived the Holocaust?

Anne Frank is a cultural icon whose diary painted a vivid picture of the Holocaust and made her an image of humanity in one of history’s darkest moments. But she was also a person—a precocious young girl with a rich inner life and tremendous skill as a writer. In this masterful new novel, David R. Gillham explores with breathtaking empathy the woman—and the writer—she might have become.
Read More
“In this haunting what-if, David Gillham asks us to reflect on the quandary of how one learns—in the unimaginable wake of the Holocaust—to live again, shedding a powerful, human light on the tragedy of lost potential.”
Georgia Hunter, New York Times bestselling author of We Were the Lucky Ones

“To imagine the could-have-been life of Anne Frank, one of the real-life pillars of our understanding of the Holocaust, is a risky undertaking, but David Gilham delivers his story with sensitivity and grace. The result is not only a poignant reminder of all that was lost during the war, but a vivid, searching exploration of what it meant to exist in the aftermath.”
Jessica Shattuck, New York Times bestselling author of The Women in the Castle

"A beautifully imagined book on resilience and grief."
The New York Post

“I had to slow down reading Annelies to better absorb the beauty and power of David Gillham’s words. His depth of understanding of human resilience and our capacity to survive and find the light after unimaginable darkness is a gift. A stunning evocation of the human spirit and its ability to inspire across borders, languages, and decades.”
Kathleen Grissom, New York Times bestselling author of The Kitchen House and Glory Over Everything

“In Annelies, David Gillham not only explores what might have happened if Anne Frank had survived, but also draws an intimate portrait of life as a Jewish survivor in post-war Amsterdam. By turns a coming-of-age novel and a story of survival, redemption, and family—Annelies is a meticulously researched, emotionally resonant what-if.”
Jillian Cantor, author of Margot and The Lost Letter

“Gillham has given Annelies Marie Frank the life so brutally taken from her, in the process honoring all the ‘Annes’ who were lost in the Holocaust. . . . Gillham’s beautifully crafted novel is a respectful tribute to the creative and passionate writer who died so young. . . . Frank’s life thereafter is so vividly realized that readers will have to keep reminding themselves this is fiction. Highly recommended for admirers of literary historical fiction such as Kristin Hannah’s The Nightingale and Martha Hall Kelley’s Lilac Girls.”
Library Journal

“I can’t wait for Gillham’s next novel—play it again, Sam.”
—Stephen King

“The writing is a great mix of the literary and commercial, page-turning and suspenseful, with a morally complex, intelligent heroine at its center. If you’re a fan of well-written historical novels in the vein of Ann Patchett’s Bel Canto, this one is for you.”
—Slate

“A thriller of searing intensity that asks the most urgent of questions—how to love, who to trust, what can be saved in the very darkest of times. . . . Utterly compelling.”
—Margaret Leroy, New York Times bestselling author of The Soldier’s Wife 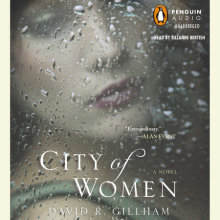