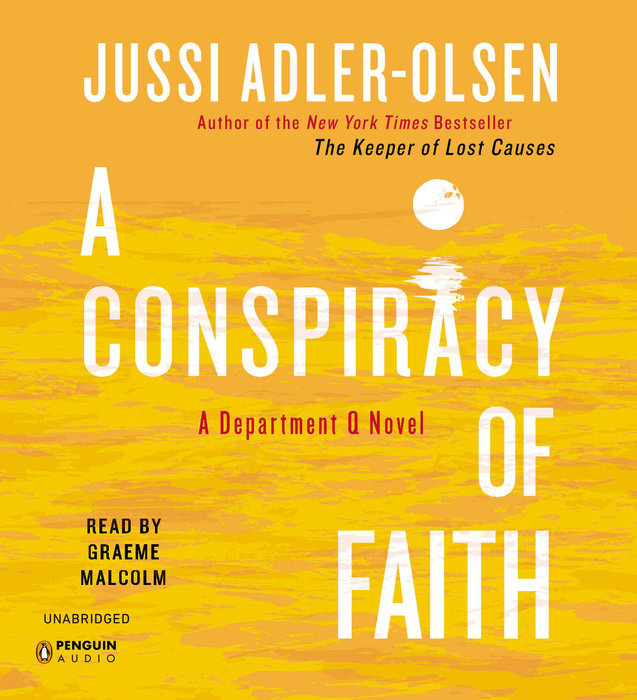 Written by: Jussi Adler-Olsen
Read by: Graeme Malcolm
15 Hours and 27 Minutes Imprint: Penguin Audio Genre: Fiction - Mystery & Detective - Police Procedural Release Date: May 28, 2013
Detective Carl Mørck and his colleagues Assad and Rose must use all of their resources to uncover the horrifying truth in this heart-pounding Nordic thriller from the #1 international bestselling author Jussi Adler-Olsen.

Carl Mørck holds in his hands a bottle that contains old and decayed message, written in blood. It is a cry for help from two young brothers, tied and bound in a boathouse by the sea. Could it be real? Who are these boys, and why weren’t they reported missing? Could they possibly still be alive?

Carl’s investigation will force him to cross paths with a woman stuck in a desperate marriage—her husband refuses to tell her where he goes, what he does, how long he will be away. For days on end she waits, and when he returns she must endure his wants, his moods, his threats. But enough is enough. She will find out the truth, no matter the cost to her husband—or to herself...
Read More
Praise for The Absent One:

“Adler-Olsen, Denmark’s leading crime fiction author, outdoes his outstanding debut, The Keeper of Lost Causes, with his second Department Q novel.” —Publishers Weekly (starred review)
“Adler-Olsen has created a wonderful addition to the detective fiction genre in his sleuth….While the book can be read as a stand-alone novel, readers will be unable to resist seeking out and devouring the first and subsequent series titles.” — Library Journal  (starred review)

Praise for The Keeper of Lost Causes:

“The pages fly by as the twisty puzzle unfolds. Stieg Larsson fans will be delighted.” —Publishers Weekly (starred review)

“Comparisons [to Stieg Larsson] are inevitable and, while he may lack a Salander, Adler-Olsen’s prose is superior to Larsson’s, his tortures are less discomfiting, and he has a sense of humor.”— Booklist (starred review)

“Plan on putting everything else in your life on hold if you pick up this book.” — The Oregonian
Read More