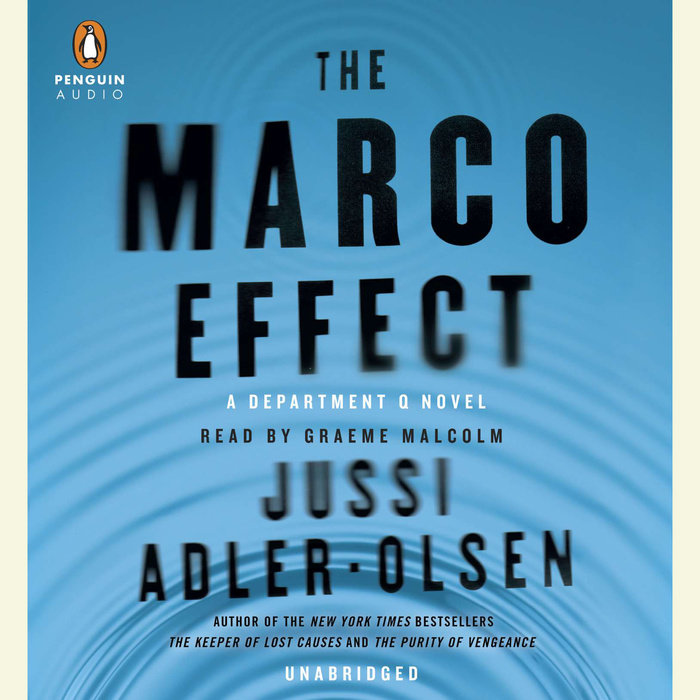 Fifteen-year-old Marco Jameson longs to become a Danish citizen and go to school like a normal teenager. Unfortunately, his Uncle Zola forces the children of their former gypsy clan to beg and steal for his personal gain. When Marco discovers a dead body that proves the true extent of Zola’s criminal activities, he goes on the run. But it turns out his family members aren’t the only ones who want to keep Marco silent...forever.

Detective Carl Mørck wants to save the boy, but Marco’s trail leads him to a case that extends from Denmark to Africa, from embezzlers to child soldiers, from seemingly petty crime rings to the very darkest of cover-ups.
Read More
Praise for The Marco Effect

“This series goes from triumph to triumph...This is the best book I've read in 2014 so far. Highly recommended.”—Deadly Pleasures Mystery Magazine

“Marco is a compelling hero, the villans are truly odious, and Mørck and his quirky, savvy subordinates ultimately carry the day.”—Booklist

“If you like the dark humor, wisecracking, and layered betrayals of Raymond Chandler, then read Adler-Olsen’s Department Q series.”—Men's Journal

“[A] sordid tale...inspired by actual events during a dark period of Danish history. Ah, but there is more, so much more in this frenzied thriller.”—The New York Times Book Review

“This book is not for the faint of heart, but for readers who enjoy dark humor and wisecracking heroes and heroines, you’ll love Department Q.”—Suspense Magazine

“It can be hard to distinguish Scandinavian crime writers—there are a lot of them, and their names have consonant clusters and umlauts and all that jazz—but Jussi Adler-Olsen is a name to know. In a crowded genre, Adler-Olsen is an outlier.”—GQ.com

“Adler-Olsen merges story lines...with ingenious aplomb, effortlessly mixing hilarities with horrors...This crime fiction tour de force could only have been devised by an author who can even turn stomach flu into a belly laugh.”—Publishers Weekly (starred review)

“This series has enough twists to captivate contemporary mystery readers and enough substance and background to entertain readers with historical and literary tastes.”—Library Journal (starred review)

“When your series relies on cold cases, it’s not always easy to craft plots that have both historical interest and an air of urgency, but it’s something Adler-Olsen is very good at.”—Booklist
Read More