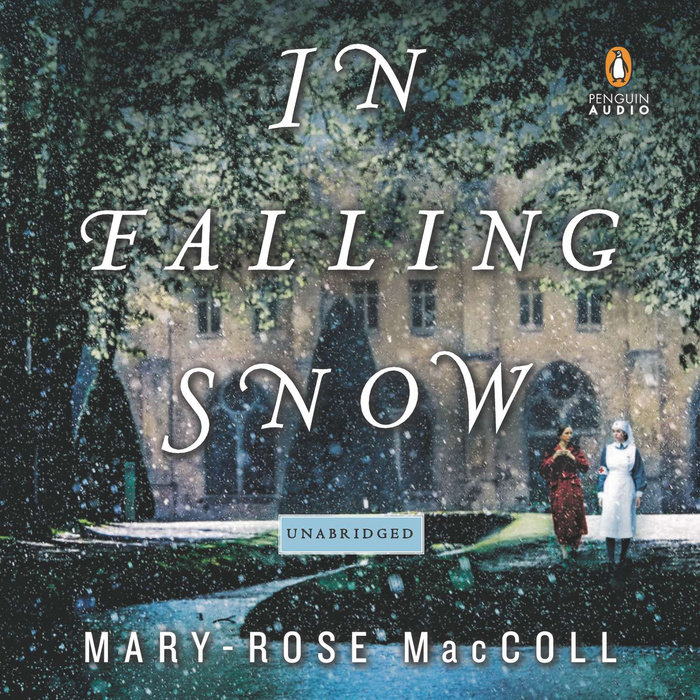 Written by: Mary-Rose MacColl
Read by: Orlagh Cassidy
14 Hours and 9 Minutes Imprint: Penguin Audio Genre: Fiction - Literary Release Date: August 27, 2013
For fans of Vera Brittain’s Testament of Youth, a bestselling writer’s American debut and a heart-wrenching novel of WWI—a tale of love, regret, and the powerful draw of the road not taken

Iris Crane’s tranquil life is shattered when a letter summons memories from her bittersweet past: her first love, her best friend, and the tragedy that changed everything. Iris, a young Australian nurse, travels to France during World War I to bring home her fifteen-year-old brother, who ran away to enlist. But in Paris she meets the charismatic Dr. Frances Ivens, who convinces Iris to help establish a field hospital in the old abbey at Royaumont, staffed entirely by women—a decision that will change her life. Seamlessly interwoven is the story of Grace, Iris’s granddaughter in 1970s Australia. Together their narratives paint a portrait of the changing role of women in medicine and the powerful legacy of love.

"In her sweeping American debut, Mary-Rose MacColl creates a beautifully by the choice to follow her brother across continents into France. An epic tale of love, heartache, and a sisterhood created by nursing in a time of war, In Falling Snow is one of those novels you will want to read again. If you liked The Aviator’s Wife, you will love this book!"—Michelle Moran, bestselling author of Cleopatra’s Daughter

“This is a story of love, ultimately, and a woman whose life has sought to atone for a mistake she hardly knew she made. Caught between the past and her impending mortality, Iris relives her life as a nurse in WWI, when she was too young to understand what her choices would mean not only for her, but for the family she cobbled together out of the rubble. At once perceptive and sympathetic, In Falling Snow beguiles, a tale of selflessness and youthful indiscretion as singular and seductive as one could hope for.”—Robin Oliveira, New York Times bestselling author of My Name Is Mary Sutter

“A thoroughly absorbing time-switching tale that gives a fascinating insight into one of the little-known stories of the Great War, that of the Scottish Women’s Hospital at Royaumont Abbey on the Western Front. Mary-Rose MacColl brings the courageous women of Royaumont to vivid life as we follow their joys and sorrows, and discover secrets that will affect their families for generations to come.”—Lucinda Riley, author of internationally bestselling The Orchid House

"In Falling Snow is expertly researched and written with a keen eye to the complexities of wartime and the mighty role of women therein. From past to present, Australia to France, MacColl guides readers through unknown lands abroad and territories of the heart. For readers, like me, who love to see history’s forgotten heroes given powerful voice, you will delight in this novel."—Sarah McCoy, author of the international bestseller The Baker’s Daughter

“At once chilling yet strangely beautiful. The book touches on the contributions made by a group of pioneering women who succeed despite society’s bias toward their gender; the strong friendships that develop, particularly between Iris and ambulance driver Violet Heron; Iris' increasing love for medicine and her involvement with a man she meets during the war; the men and boys whose lives are sacrificed for a cause many of them don’t identify with or understand; and the far-reaching effects of the war on the generations that follow… MacColl’s narrative is fortified by impeccable research and her innate ability to create a powerful bond between readers and characters. Well done.”—Kirkus Reviews (starred)

"In Falling Snow is a moving story about women's roles and the challenging decisions they face as mothers, nurses, doctors and leaders. MacColl brings to light the forgotten histories of the women of Royaumont hospital with engaging prose. The lives of Iris and Grace are divided by several decades, but their career ambitions and the sacrifices they face are universal."—Suzanne Desrochers, author of Bride of New France

“This satisfying saga from an award-winning Australian author takes the reader across continents and time….Women as healers, family secrets, medical mysteries, historical setting—call the producers of Call the Midwife.”—Booklist
Read More

8 Listens from Women Writers Around the World 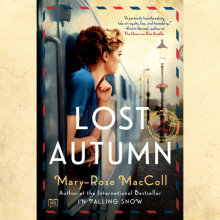