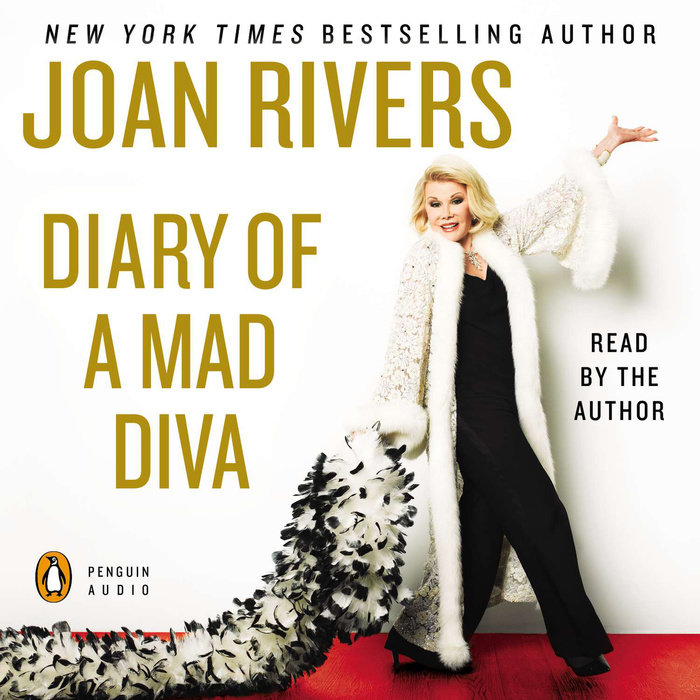 Following up the phenomenal success of her headline-making New York Times bestseller I Hate Everyone...Starting With Me, the unstoppable Joan Rivers is at it again. When her daughter Melissa gives her a diary for Christmas, at first Joan is horrified—who the hell does Melissa think she is? That fat pig, Bridget Jones? But as Joan, being both beautiful and introspective, begins to record her day-to-day musings, she realizes she has a lot to say. About everything. And everyone, God help them.

The result? A no-holds-barred, delightfully vicious and always hilarious look at the everyday life of the ultimate diva. Follow Joan on a family vacation in Mexico and on trips between New York and Los Angeles where she mingles with the stars, never missing a beat as she delivers blistering critiques on current events, and excoriating insights about life, pop culture, and celebrities (from A to D list), all in her relentlessly funny signature style.

Praise for I Hate Everyone…Starting with Me

“More punch lines per paragraph than any book I’ve read in years.” —The New York Times

“Nobody, but nobody, can hate like Joan Rivers. It is a gift. It is also shocking, the things she makes us laugh at…Joan Rivers is extraordinary, but she’s not for the easily offended—or for anyone who gets offended at all.” —People

“An entertaining rant…The only thing missing is the sound of a drumroll and cymbals to feel as though one is sitting in a nightclub watching a live comedy marathon…A raucous, biting look at life.” —Kirkus Reviews

“Rivers is equally passionate and opinionated on every subject she discusses. Hilarious and undeniably original.” —Publishers Weekly
Read More 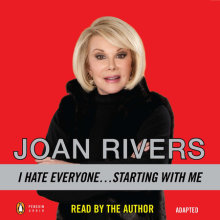