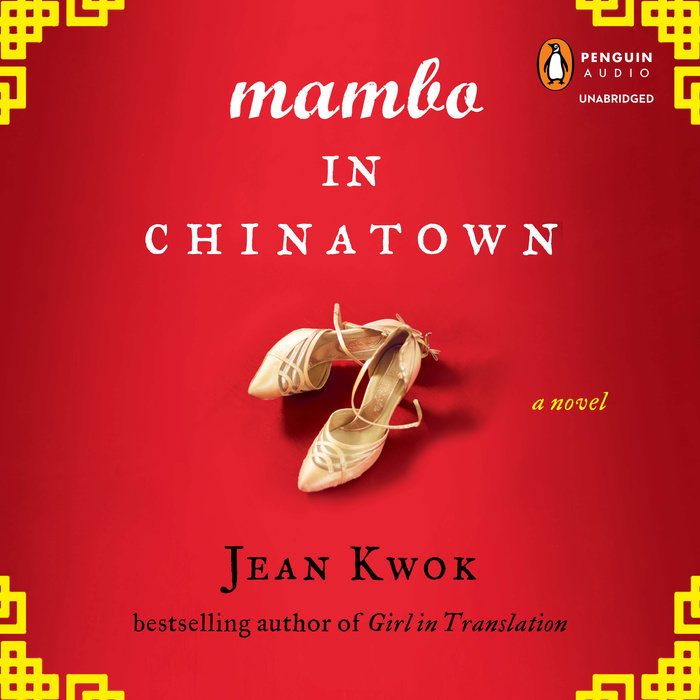 Written by: Jean Kwok
Read by: Angela Lin
12 Hours and 52 Minutes Imprint: Penguin Audio Genre: Fiction - Asian American Release Date: June 24, 2014
From the bestselling author of Girl in Translation, a novel about a young woman torn between her family duties in Chinatown and her escape into the world of ballroom dancing.

Twenty-two-year-old Charlie Wong grew up in New York’s Chinatown, the older daughter of a Beijing ballerina and a noodle maker. Though an ABC (America-born Chinese), Charlie’s entire world has been limited to this small area. Now grown, she lives in the same tiny apartment with her widower father and her eleven-year-old sister, and works—miserably—as a dishwasher.

But when she lands a job as a receptionist at a ballroom dance studio, Charlie gains access to a world she hardly knew existed, and everything she once took to be certain turns upside down. Gradually, at the dance studio, awkward Charlie’s natural talents begin to emerge. With them, her perspective, expectations, and sense of self are transformed—something she must take great pains to hide from her father and his suspicion of all things Western. As Charlie blossoms, though, her sister becomes chronically ill. As Pa insists on treating his ailing child exclusively with Eastern practices to no avail, Charlie is forced to try to reconcile her two selves and her two worlds—Eastern and Western, old world and new—to rescue her little sister without sacrificing her newfound confidence and identity.
Read More
"Western convention clashes with traditional Eastern culture when a young, impoverished Chinese-American woman dips her toe into the glittering world of professional ballroom dancing—and finds love." — Woman’s Day

"Rarely has [this story] been told with such grace, lightness and humor as in this delightful novel by the author of the best-selling Girl in Translation (2010)." — Chicago Tribune

"Best Books of 2014: One of This Summer’s Hottest Page-Turners. A riveting story about a young woman who ultimately finds her calling and manages to exceed everyone's expectations - including, most important, her own." — Real Simple

"A young woman who finds herself through ballroom dancing must make peace with her old life in New York's Chinatown. Charming." — USA Today

“Mambo in Chinatown has a propulsive narrative drive and tells an often compelling tale of East-West conflict, adaptation, and assimilation...[readers] will keep turning the pages.” — Boston Globe

“… Like a ballroom dance itself: captivating and sure-footed, and hard to look up from. Kwok draws from her own experience working in Chinatown in her youth, eventually becoming a ballroom dancer and taking to the floor with confidence. Kwok brings to the page all the detail and fluidity that one would expect of a seasoned dancer and writer.” — Bustle

“Kwok is at her best when exploring and smudging such differences involving culture or class — which in turn suggests that any of us really could become whomever we want to be.” — Journal Sentinel

“Editors’ Picks: Excited for Jean Kwok’s Mambo in Chinatown. The story is akin to that in Chimamanda Ngozi Adichie’s Americanah, one of my favorite novels from 2013, in that the main character is torn between two cultures and is unsure of her place in either.” — Library Journal

"The kind of book where I put it down, closed my eyes, and the characters were still dancing in my mind. Sweet and lovely, filled with old-world tradition, Chinese superstition, and the complicated dance of forbidden love." — Jamie Ford, New York Times bestselling author of Hotel on the Corner of Bitter and Sweet and Songs of Willow Frost

“Although the characters are fictional, their personal struggles and emotions are based upon authentic experiences, which make them unforgettable.”
— Sing Tao (largest and oldest Chinese newspaper in the US)

"In her winning second novel (after Girl in Translation, 2010), Kwok infuses her heartwarming story with both the sensuality of dance and the optimism of a young woman coming into her own.” — Booklist

"Kwok has created a charming heroine into whose dance shoes readers can easily step. Charlie faces many of the same dilemmas that plague modern young women: balancing the demands of family and career without sacrificing too much of either, choosing whether or not to pursue love when it may mean giving up a fulfilling work life. Kwok has a gift for conveying the passion and sensuality of ballroom dancing in her energetic prose." — Shelf Awareness

“Best Books Read in June: Kwok does an exceptional job of rendering this lesser-visited part of America in a way that’s reverent toward both sides of the story…The sister relationship between Charlie and Lisa, who is much younger than her, was my favorite part of the story though — the love they have for one another and the pain and grief they endure together is vivid.”— Book Riot

“It’s hard to improve on the Cinderella theme, but Jean Kwok manages to do just that.” — Book Reporter

"From Kwok (Girl in Translation, 2010), another story about a plucky young Chinese-American woman whose hard work transports her out of poverty and hidebound traditions to find love and success... Charlie's Cinderella story, not to mention Charlie herself, is charming.” — Kirkus
Read More 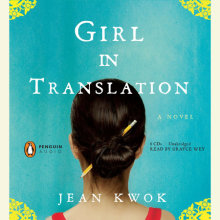