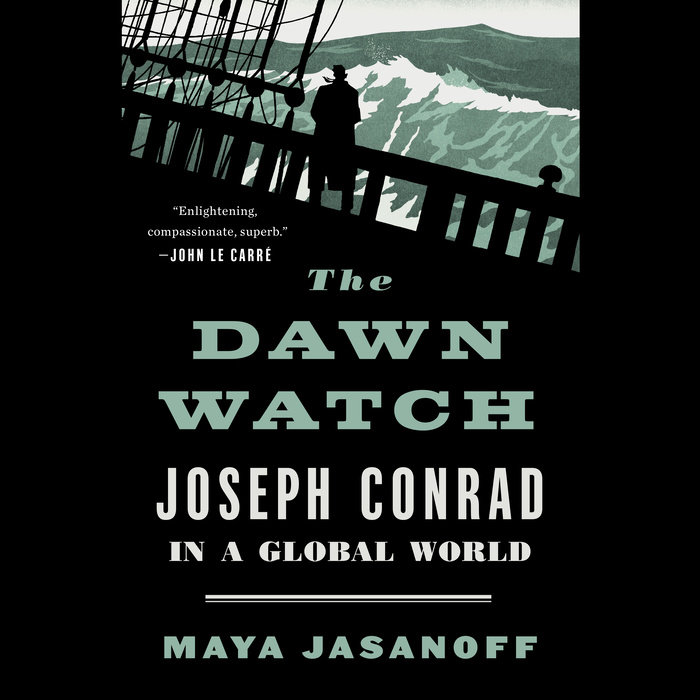 Winner of the 2018 Cundhill History Prize

A visionary exploration of the life and times of Joseph Conrad, his turbulent age of globalization and our own, from one of the most exciting young historians writing today

Migration, terrorism, the tensions between global capitalism and nationalism, and a communications revolution: these forces shaped Joseph Conrad’s destiny at the dawn of the twentieth century. In this brilliant new interpretation of one of the great voices in modern literature, Maya Jasanoff reveals Conrad as a prophet of globalization. As an immigrant from Poland to England, and in travels from Malaya to Congo to the Caribbean, Conrad navigated an interconnected world, and captured it in a literary oeuvre of extraordinary depth. His life story delivers a history of globalization from the inside out, and reflects powerfully on the aspirations and challenges of the modern world.

Joseph Conrad was born Józef Teodor Konrad Korzeniowski in 1857, to Polish parents in the Russian Empire. At sixteen he left the landlocked heart of Europe to become a sailor, and for the next twenty years travelled the world’s oceans before settling permanently in England as an author. He saw the surging, competitive "new imperialism" that planted a flag in almost every populated part of the globe. He got a close look, too, at the places “beyond the end of telegraph cables and mail-boat lines,” and the hypocrisy of the west’s most cherished ideals.

In a compelling blend of history, biography, and travelogue, Maya Jasanoff follows Conrad’s routes and the stories of his four greatest works—The Secret Agent, Lord Jim, Heart of Darkness, and Nostromo. Genre-bending, intellectually thrilling, and deeply humane, The Dawn Watch embarks on a spell-binding expedition into the dark heart of Conrad’s world—and through it to our own.
Read More
“Fascinating…[Conrad’s] art, which he defined as the capacity to make readers hear, feel and see, as able to capture the contradictions within empires and the resistance to them. This is the Conrad who comes alive in Jasanoff’s masterful study. The Dawn Watch will become a creative companion to all students of his work. It has made me want to re-establish connections with the Conrad whose written sentences once inspired in me the same joy as a musical phrase.” —Ngugi wa Thiong’o, The New York Times Book Review

“The Dawn Watch is the most vivid and suggestive biography of Conrad ever written...[a] beautifully written book.” — The Wall Street Journal

“Terrific…Weaving together biography, history, literature and her own travels, this fascinating, beautifully written work takes one of those literary giants frequently written off these days as a dead white male and reveals how he inhabited and grappled with a world startlingly like our own…[Jasanoff] explains why it’s important that we grapple with figures like Conrad even if we don’t share their values. History is like therapy for the present, she writes. It makes us talk about its parents. She’s right as well as witty. And reading The Dawn Watch, we see how we are in many ways Conrad’s children. Even if you hated ‘Lord Jim’ in high school, this book will make you want to pick it up again.” — John Powers, NPR

“[A] brilliant study . . . The Dawn Watch will win prizes, and if it doesn’t, there is something wrong with the prizes.” —The Guardian

“Brilliant…Jasanoff is an insightful and imaginative historian…The book comes in the form of a biography of Joseph Conrad, but in fact through Conrad she tells the story of a whole phase in world history…Boundless curiosity is also an attribute of Maya Jasanoff...[Her] travels have given her an empathy and an understanding for Conrad, and also for the victims of imperialism, that breathe on every page of this magnificent book…This is the best book on Conrad since [Ian] Watt’s. Maya Jasanoff has given us a Conrad for the 21st century.” —Los Angeles Review of Books

“[G]racefully written . . . the book is a great pleasure to read, for Jasanoff is driven to understand the world that shaped a writer she loves.” — Adam Hochschild, Foreign Affairs

“With wit, nuance, and roving insight, Harvard historian Maya Jasanoff’s The Dawn Watch: Joseph Conrad in a Global World maps the massively influential and controversial author’s life and work, finding that the themes of his time—dislocation and connection, immigration and xenophobia, power and powerlessness—uncannily mirror our own.” —Megan O’Grady, Vogue.com’s 10 Best Books of 2017

“Jasanoff is a splendid storyteller and stylist.” —San Francisco Chronicle

"Maya Jasanoff’s masterpiece....one of the most important books on colonialism to be written in our time, and by one of our most brilliant young historians." —William Dalrymple, The Guardian


“[Jasanoff] Skillfully integrates details of Conrad’s life and accounts of his four greatest works, linking the challenges and forces that lie behind and within the novels to those of the 21st century…A powerful encouragement to read his books.” —The Economist

“This is an unobtrusively skillful, subtle, clear-eyed book, beautifully narrated…It is Jasanoff’s warmth towards her subject that comes through.” —Financial Times

“A rewarding, richly textured read, sprawling in its reach and full of surprising cross-connections… Jasanoff…shares with her subject the knack of capturing human experience in poetic fistfuls of language, although it’s sometimes hard to know where Conrad’s magic stops and her own starts.” —The American Scholar

“[Conrad’s] life story has been told many times, but Maya Jasanoff’s stands out for its vivid and imaginative writing…she provides rich background details on multiple topics…her attempts to reveal the hidden springs of Conrad’s fiction are often perceptive.” —Sunday Times (UK)

“So well written…This is a biographer who has done her homework and her legwork for a book that creates a Conrad for our time. Enjoy it—how rarely can one say that about a work of scholarship.”—The Times (UK)

“A book as beautiful as it is learned. Teeming with new discoveries, Jasanoff’s Dawn Watch is an astonishing tour of Conrad’s world, from Kraków to Kinshasha, from London to Singapore. To read it is to be a stowaway in the hull of a ship sailing from Conrad’s times to our own, as swift as the wind.” —Jill Lepore

“Jasanoff has done her research on sea and land as well as in the archives, and her book is often thrilling to read as it travels the world with Conrad. An admirable and profoundly meditated biography, worthy of its subject.” —Claire Tomalin

“Like Sven Lindqvist’s “Exterminate all the Brutes,” The Dawn Watch lifts Conrad out of the “great tradition” of lit-crit to attempt something larger and more ambitious: demonstrating that his world is ours – and vice-versa. Maya Jasanoff is an eloquent historian and an erudite storyteller; she almost persuaded me to re-read Nostromo.” —Geoff Dyer

“A guided tour of the underside of empire, led by the fiction of Joseph Conrad and the erudition of Maya Jasanoff, The Dawn Watch is history, biography, and adventure story. Filled with fresh insights and information, it offers some timely lessons about the DNA of ‘globalization.’” —Louis Menand

“Enthralling – a major achievement, an unforgettable voyage, an historic circumnavigation of Conrad’s whole life. I loved the big historical and intellectual panorama, Conrad sailing through the stormy history of maritime globalization and colonization, freshly framed, wonderfully researched and often angrily argued too. The whole book is constantly pierced by the most vivid and memorable close-ups, shafts of biographical sunlight through those dark historical storm-clouds. The section on Heart of Darkness, seems to me an absolute masterpiece. Historical narrative, literary analysis and complex post-colonial argument combined in the most thrilling way.” —Richard Holmes

“Excellent—an engrossing, heartfelt exploration of the ragged frontier between public history, private experience, and imagination, from which the greatest literature is drawn. As Jasanoff charts the genesis of Conrad's most enduring novels of moral and political corruption, she makes us see his century-old dark vision of modernity as a sort of prophecy of our times.” —Philip Gourevitch

“A great biography of Conrad for our times could never be just a biography of Conrad. The Dawn Watch is a scholarly trip to the birthplace of the books themselves, and an extraordinary meditation on Conrad's place in our consciousness. Jasanoff is erudite, passionate and wise: she has it all.” —Juan Gabriel Vásquez

“Deftly melding biographical narration, historical analysis, and literary explication, Jasanoff lets readers glimpse in Conrad’s fiction the fate of vulnerable individuals who ventured too far in a world rapidly losing its boundaries. And as one who—despite the cost and the danger—has retraced many of Conrad’s journeys, Jasanoff compellingly asserts the novelist’s continuing relevance as an interpreter of our (post)modern geopolitical and cultural perplexities.” —Booklist (starred review)

“An absorbing biography melds history and literary analysis… In rich detail, Jasanoff skillfully contextualizes his work within ‘a chain of historical events’ that led to profound social and political change…An insightful perspective on Conrad's life and turbulent times.”—Kirkus

“The Dawn Watch takes the reader seamlessly through Joseph Conrad's extraordinary life and voyages, showing us that our globalized world was fundamentally shaped in his lifetime a century ago—and that his pen still illuminates its beating heart. This is a wonder of a book that merges vivid travel, scholarly biography, and sharply observed history. Everyone searching for an understanding of our world today and the voice of one of the twentieth century's most evocative writers should set sail with Maya Jasanoff.” —Admiral James Stavridis, USN (Ret.)

“In Dawn Watch, Maya Jasanoff has fashioned a singular craft for exploring the rapids and crosscurrents of a newly globalized era. The journey is intellectually exhilarating, and brings us to a richer understanding not only of Conrad’s world but our own.” —Kwame Anthony Appiah

“Written with all the immediacy of a fast-moving novel, yet also with all the acuity and scholarship one would expect from one of the most brilliant historians of her generation, The Dawn Watch gives us superb new insights into the mind and life of one of the greatest writers in the English tongue. The issues of which Joseph Conrad wrote with such penetrating prescience a century ago – terrorism, racism, interventionism, alienation – are the ones we worry about today, indeed perhaps more so now than at any time since he laid down his pen. This is the definitive biography, but also a fine work of literature in itself.” —Professor Andrew Roberts, Lehrman Distinguished Lecturer at the New-York Historical Society
Read More 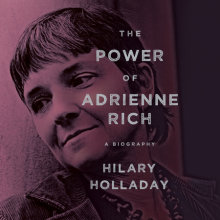 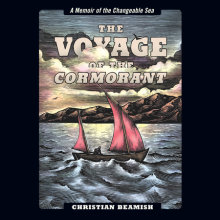 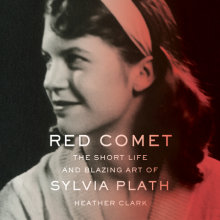