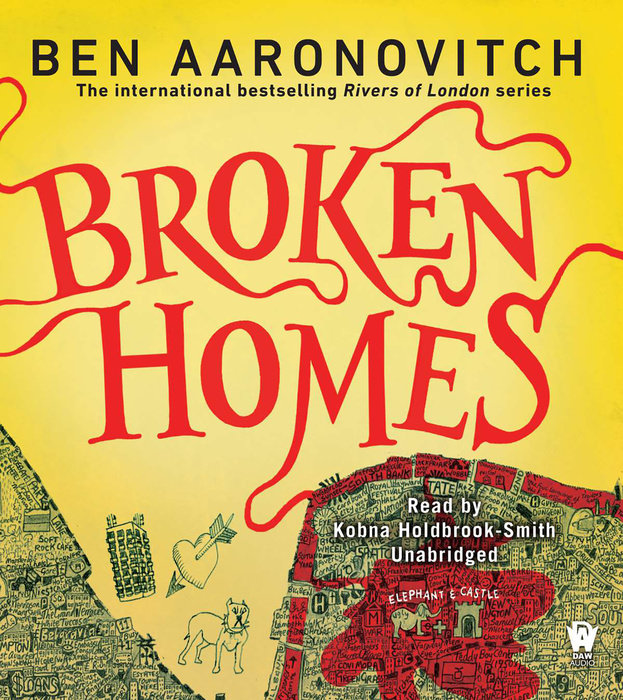 Written by: Ben Aaronovitch
Read by: Kobna Holdbrook-Smith
10 Hours and 1 Minutes Imprint: Penguin Audio Genre: Fiction - Fantasy - Paranormal Release Date: February 04, 2014
My name is Peter Grant, and I am a keeper of the secret flame -- whatever that is.

Truth be told, there's a lot I still don't know. My superior Nightingale, previously the last of England's wizardly governmental force, is trying to teach me proper schooling for a magician's apprentice. But even he doesn't have all the answers. Mostly I'm just a constable sworn to enforce the Queen’s Peace, with the occasional help from some unusual friends and a well-placed fire blast. With the new year, I have three main objectives, a) pass the detective exam so I can officially become a DC, b) work out what the hell my relationship with Lesley Mai, an old friend from the force and now fellow apprentice, is supposed to be, and most importantly, c) get through the year without destroying a major landmark.

A mutilated body in Crawley means another murderer is on the loose. The prime suspect is one Robert Weil, who may either be a common serial killer or an associate of the twisted magician known as the Faceless Man -- a man whose previous encounters I've barely survived. I've also got a case about a town planner going under a tube train and another about a stolen grimoire.

But then I get word of something very odd happening in Elephant and Castle, on a housing estate designed by a nutter, built by charlatans, and inhabited by the truly desperate. If there's a connection to the Crawley case, I'll be entering some tricky waters of juristiction with the local river spirits. We have a prickly history, to say the least.

Just the typical day for a magician constable.
Read More
"It's witty, fun, and full of vivid characters, and the plot twists will keep even seasoned mystery fans guessing." —Publishers Weekly

"Aaronovitch makes the story sing, building momentum until the ending is literally breathless.” —SF Revu
"The prose is witty, the plot clever, and the characters incredibly likeable." —Time Out
"This book is, at its heart, a police procedural with an overlay of urban fantasy elements. The voice is persuasive and funny as all get-out, and the reader is engaged with the narrative from the very first page. Aaronovitch has written a diverse cast of characters who all feel like real people with their own specific motivations. This book is simply wonderful." —Romantic Times (top pick)

"This fast, engrossing novel is enjoyable, cheerful, and accessible to new readers." —Publisher's Weekly (for Whispers Under Ground)