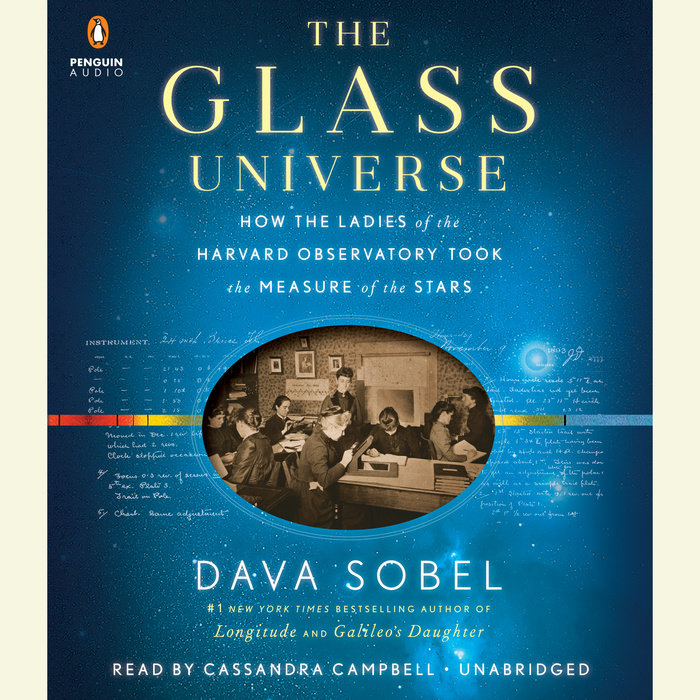 Named one of the best books of the year by NPR, The Economist, Smithsonian, Nature, and NPR's Science Friday

"A joy to read.” —The Wall Street Journal

In the mid-nineteenth century, the Harvard College Observatory began employing women as calculators, or “human computers,” to interpret the observations their male counterparts made via telescope each night. At the outset this group included the wives, sisters, and daughters of the resident astronomers, but soon the female corps included graduates of the new women's colleges—Vassar, Wellesley, and Smith. As photography transformed the practice of astronomy, the ladies turned from computation to studying the stars captured nightly on glass photographic plates.

The “glass universe” of half a million plates that Harvard amassed over the ensuing decades—through the generous support of Mrs. Anna Palmer Draper, the widow of a pioneer in stellar photography—enabled the women to make extraordinary discoveries that attracted worldwide acclaim. They helped discern what stars were made of, divided the stars into meaningful categories for further research, and found a way to measure distances across space by starlight. Their ranks included Williamina Fleming, a Scottish woman originally hired as a maid who went on to identify ten novae and more than three hundred variable stars; Annie Jump Cannon, who designed a stellar classification system that was adopted by astronomers the world over and is still in use; and Dr. Cecilia Helena Payne, who in 1956 became the first ever woman professor of astronomy at Harvard—and Harvard’s first female department chair.

Elegantly written and enriched by excerpts from letters, diaries, and memoirs, The Glass Universe is the hidden history of the women whose contributions to the burgeoning field of astronomy forever changed our understanding of the stars and our place in the universe.
Read More
Named one of the best books of the month by Flavorwire, Bustle, Harper’s Bazaar, Real Simple, Refinery29, Men’s Journal, BBC, and The National Book Review

“Ms. Sobel writes with an eye for a telling detail and an ear for an elegant turn of phrase. . . . [The Glass Universe is] a joy to read.” —The Wall Street Journal

“Sobel lucidly captures the intricate, interdependent constellation of people it took to unlock mysteries of the stars . . . The Glass Universe positively glows.” —NPR

“An elegant historical tale…[from] the master storyteller of astronomy.” –The Boston Globe

"Sobel mixes discussions of the most abstruse topics with telling glimpses of her subjects’ lives, in the process showing how scientific and social progress often go hand in hand." –The New Yorker

"A peerless intellectual biography. The Glass Universe shines and twinkles as brightly as the stars themselves. –The Economist

“At once an exhaustive and detailed account of a breakthrough moment in the world of science, as well as a compelling portrait of pioneering women who contributed as much to the progress of female empowerment as they did to the global understanding of both astronomy and photography.” —Harper’s Bazaar

“Sobel has distinguished herself with lucid books about scientists and their discoveries . . . [She] vividly captures how her brilliant and ambitious protagonists charted the skies, and found personal fulfillment in triumphant discovery.” —The National Book Review

“A fascinating and inspiring tale of . . . female pioneers who have been shamefully overlooked.” —Real Simple

"Sobel shines a light on seven 19th- and 20th-century women astronomers who began as 'human computers,' interpreting data at Harvard Observatory, then went on to dazzle...An inspiring look at celestial pioneers." —People

"It takes a talented writer to interweave professional achievement with personal insight. By the time I finished The Glass Universe, Dava Sobel's wonderful, meticulous account, it had moved me to tears...Unforgettable." —Sue Nelson, Nature

"A compelling read and a welcome reminder that Ameri­can women have long desired to reach for the stars.” —Bookpage

"Sensitive, exacting, and lit with the wonder of discovery." —Elizabeth Kolbert, Pulitzer Prize-winning author of The Sixth Extinction

"This is intellectual history at its finest. Dava Sobel is extraordinarily accomplished at uncovering the hidden stories of science." —Geraldine Brooks, New York Times bestselling author of The Secret Chord and Pulitzer Prize-winning author of March

“[Sobel] soars higher than ever before...[continuing] her streak of luminous science writing with this fascinating, witty, and most elegant history...The Glass Universe is a feast for those eager to absorb forgotten stories of resolute American women who expanded human knowledge." —Booklist, Starred Review

"Sobel knows how to tell an engaging story...With grace, clarity, and a flair for characterization, [she] places these early women astronomers in the wider historical context of their field for the very first time." —Publishers Weekly, Starred Review

Praise for The Planets

"[The Planets] lets us fall in love with the heavens all over again." —The New York Times Book Review

"An incantatory serenade to the Solar System." —Entertainment Weekly

"Sobel is a master storyteller. . . . She brings a great scientist to life." —The New York Times Book Review

Praise for A More Perfect Heaven

"Ms. Sobel is an elegant stylist, a riveting and efficient storyteller, a writer who can bring the dustiest of subjects to full-blooded life." —The New York Times 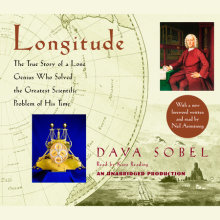 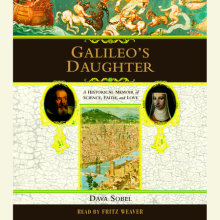 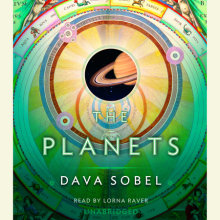