home
x
Subscribe
BUY
- Penguin Audio -
Written By: Ben Carson, MD and Candy Carson
Read By: Prentice Onayemi
15
Unabridged Download
-9780698162341 -
*Manufacturerâ€™s Suggested Retail Price. See retailer for details.
One Nation
What We Can All Do to Save America's Future 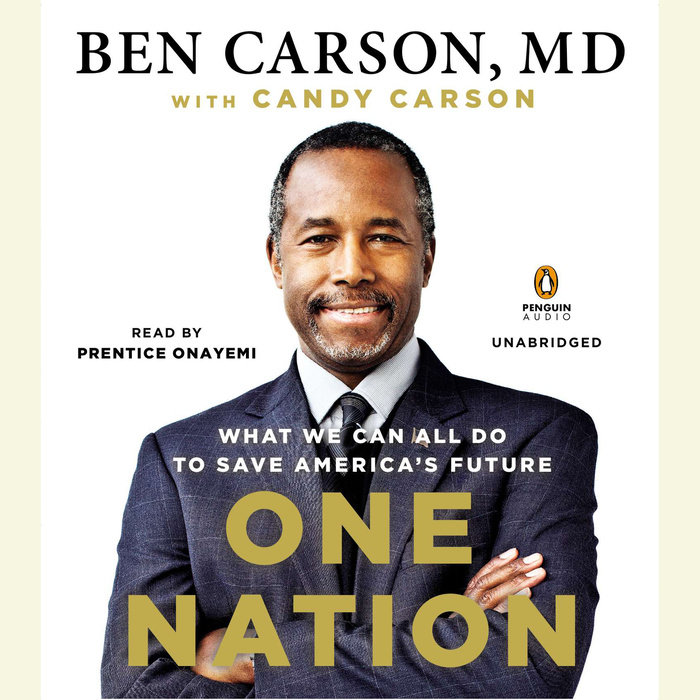 In February 2013 I gave a speech at the National Prayer Breakfast. Standing a few feet from President Obama, I warned my fellow citizens of the dangers facing our country and called for a return to the principles that made America great.

Many Americans heard and responded, but our nation’s decline has continued. Today the danger is greater than ever before, and I have never shared a more urgent message than I do now.

Our growing debt and deteriorating morals have driven us far from the founders’ intent. We’ve made very little progress in basic education. Obamacare threatens our health, liberty, and financial future. Media elitism and political correctness are out of control.

Worst of all, we seem to have lost our ability to discuss important issues calmly and respectfully regardless of party affiliation or other differences. As a doctor rather than a politician, I care about what works, not whether someone has an (R) or a (D) after his or her name. We have to come together to solve our problems.

Knowing that the future of my grandchildren is in jeopardy because of reckless spending, godless government, and mean-spirited attempts to silence critics left me no choice but to write this book. I have endeavored to propose a road out of our decline, appealing to every American’s decency and common sense.

If each of us sits back and expects someone else to take action, it will soon be too late. But with your help, I firmly believe that America may once again be “one nation under God, indivisible, with liberty and justice for all.”

Ben Carson
Read More
“His groundbreaking contributions to medicine and his inspiring efforts to help America’s youth fulfill their potential have strengthened our Nation.”—Presidential Medal of Freedom, 2008

“The Johns Hopkins neurosurgeon may not be politically correct, but he's closer to correct than we've heard in years.”
—The Wall Street Journal

“Dr. Carson prescribes a dose of ‘tough love’ to cure the nation’s ills and restore our faith in government and ourselves.” 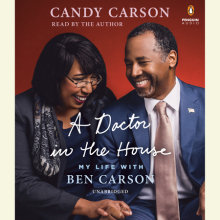