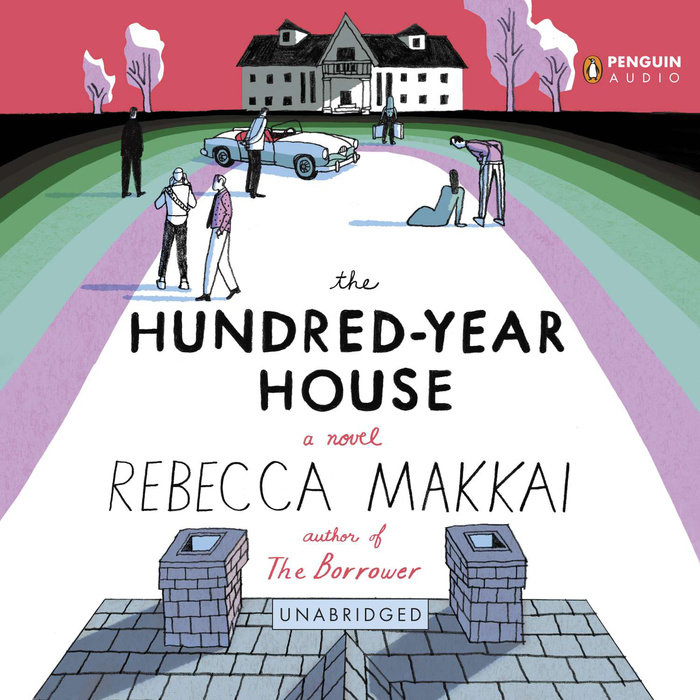 Written by: Rebecca Makkai
Read by: Jen Tullock
8 Hours and 37 Minutes Imprint: Penguin Audio Genre: Fiction - Literary Release Date: July 10, 2014
The acclaimed author of The Borrower returns with a dazzlingly original, mordantly witty novel about the secrets of an old-money family and their turn-of-the-century estate, Laurelfield.

“Rebecca Makkai is a writer to watch, as sneakily ambitious as she is unpretentious."
–Richard Russo

Meet the Devohrs: Zee, a Marxist literary scholar who detests her parents’ wealth but nevertheless finds herself living in their carriage house; Gracie, her mother, who claims she can tell your lot in life by looking at your teeth; and Bruce, her step-father, stockpiling supplies for the Y2K apocalypse and perpetually late for his tee time. Then there’s Violet Devohr, Zee’s great-grandmother, who they say took her own life somewhere in the vast house, and whose massive oil portrait still hangs in the dining room.

Violet’s portrait was known to terrify the artists who resided at the house from the 1920s to the 1950s, when it served as the Laurelfield Arts Colony—and this is exactly the period Zee’s husband, Doug, is interested in. An out-of-work academic whose only hope of a future position is securing a book deal, Doug is stalled on his biography of the poet Edwin Parfitt, once in residence at the colony. All he needs to get the book back on track—besides some motivation and self-esteem—is access to the colony records, rotting away in the attic for decades. But when Doug begins to poke around where he shouldn’t, he finds Gracie guards the files with a strange ferocity, raising questions about what she might be hiding. The secrets of the hundred-year house would turn everything Doug and Zee think they know about her family on its head—that is, if they were to ever uncover them.

In this brilliantly conceived, ambitious, and deeply rewarding novel, Rebecca Makkai unfolds a generational saga in reverse, leading the reader back in time on a literary scavenger hunt as we seek to uncover the truth about these strange people and this mysterious house. With intelligence and humor, a daring narrative approach, and a lovingly satirical voice, Rebecca Makkai has crafted an unforgettable novel about family, fate and the incredible surprises life can offer.
Read More
“[A] gleeful tale of ghosts, vengeance and family secrets…The darkly funny Makkai seeds the narrative with so many mysteries and surprises...that those 100 years race by.”
—People, “The Best New Books”

“A big-hearted gothic novel, an intergenerational mystery, a story of heartbreak and a romance, all crammed into one grand Midwestern estate….A juicy and moving story of art and love and the luck it takes for either to last.”
—Los Angeles Times

“Ingenious…sharp and ambitious….[brimming] with humor and a fondness for hijinks…..Both clever and heartfelt, this is a book with something for pretty much everyone….You will smile, guaranteed.”
—Cleveland Plain-Dealer

“Makkai has written a novel that reads almost like early Muriel Spark — clever, competent, and concealing an unsettling and skewed reality….The hand that keeps giving the kaleidoscope another turn, controlling just how the pieces land, isn't fate, of course. It's the artist. Makkai is one.”
—Chicago Tribune

“As restless, and as sly, as the mythical Proteus, [Makkai] nimbly remakes her novel at every turn….It takes a special trick to remake the world without a reader noticing; it takes a tremendous talent to do it again and again.”
—NPR.org

“Compelling….clever….full of unexpected storytelling and wry humor….The delight is in the details, so don't plan to consume this one between naps. Instead, tuck your reading glasses into your carry-on and devour it on the plane. Revelations, increasingly delicious and devastating, come faster and more furiously as the text progresses, and you'll want sharp focus so you don't miss them.”
—Denver Post

“A sly, funny, literary mystery, a meet-cute romantic comedy, and a metafictional meditation on fate rolled up into one.”
—The Austin Chronicle

“Clever and acrobatic….Makkai is a juggler, handling the many plots, characters and ideas with ease and humor and, at times, pathos.”
—San Francisco Chronicle

“A page-turner of a novel with whip-smart dialogue.”
—Minneapolis Star-Tribune

“A clever and utterly delightful work of fiction…infused with a respect for literature and literary culture, as well as a wry sense of humor…[and] starring a house with as much personality as Manderley or Hill House.”
—BookPage

“An imaginative and lively epic.”
—Flavorwire

“Makkai humorously turns the conventional family saga on its head, in a clever exploration of metamorphosis and secrecy.”
—Huffington Post, The Book We’re Talking About

“Hilarious and heartbreaking….utterly absorbing….Makkai creates eccentric characters the reader can’t give up on [and her] witty and engrossing writing style belies the nearly Dickensian way she layers characters over time, revealing hidden identities and unknown connections…. Deceptively light and fast-paced, the story will stay with the reader long after the satisfying conclusion.”
—San Antonio Current

“The pleasures of Makkai’s novel are contagious….[The Hundred-Year House] manages the rare feat of crafting a smart comedy with a satisfyingly fierce pace — this book is a true page-turner — while indulging in an unusual structure….Here, we find a writer with an innately intelligent and assured comedic voice, someone who obviously has a deep literary pedigree but appears more interested in having fun on the page and puzzling out the complexities of a tightly woven plot.”
—Toronto Star

“Deliciously entertaining….Rare indeed is the novel that combines beautiful prose with ideas as robust as those on display in The Hundred-Year House—not to mention a story like a set of Penrose stairs, connected in the most playful, the most surprising of ways….A wonderful novel, as beautifully written as it is painstakingly plotted, with the structure to please any literary critic, and a story absorbing enough to satisfy the most ravenous reader.”
—Winnipeg Free-Press

“A puzzle-box of a story that moves backward in time….Makkai invites the reader, more than any character, to play detective. Flipping back to earlier sections to spot…clues hidden in plain sight is one of the book’s distinct pleasures. Makkai [is] a mainstay of contemporary literary fiction.”
—The Kansas City Star

“The Hundred-Year House is a puzzle, a plunge into a world of fascinating characters, and an examination of human relationships. It is not to be missed.”
—BookBrowse

“This novel is stunning: ambitious, readable, and intriguing. Its gothic elements, complexity, and plot twists are reminiscent of Margaret Atwood’s The Blind Assassin. Chilling and thoroughly enjoyable…A daring takeoff from her entertaining debut.”
—Library Journal (starred)

“A lively and clever story…exceptionally well-constructed, with engaging characters busy reinventing themselves throughout, and delightful twists that surprise and satisfy.”
—Publishers Weekly (starred)

“Suspenseful [and] amusing….Makkai's novel will keep readers on edge until the last piece of the puzzle drops into place and the whole brilliant picture can be seen at once, sharp and clear.”
—Shelf Awareness (starred)

“Rebecca Makkai is the most refreshing kind of writer there is: both genius and generous. Every masterfully crafted connection, every lovingly nestled detail, is a gift to the attentive reader. Playful, poignant, and richly rewarding, The Hundred-Year House is the most absorbing book I've read in ages. Before you've finished, you'll want to read it again.”
—Eleanor Henderson, author of Ten Thousand Saints

“A mesmerizing story of self-reinvention that delights on every page, told with keen wit and a perceptive eye. Like the unforgettable characters in this gripping novel, Laurelfield will draw you into its spell.”
—Charlie Lovett, author of The Bookman’s Tale

“The Hundred-Year House is a funny, sad and delightful romp  through the beginning, middle and end of an artists' colony as well as the  family mansion that sheltered it and the family members who do and don't survive  it. Told backwards from the viewpoints of an array of eccentric and intertwined characters, the story's secrets are revealed with stunning acuity. An ambitious work, well-realized.”
—B. A. Shapiro, author of The Art Forger

“Makkai fulfills the promise of her debut with this witty and darkly acerbic novel set in the rich soils of an artists’ colony. The inverted timeline of the multi-generational narrative deepens the layered mysteries at its heart. As decades unfold in reverse, we find that nothing about Laurelfield’s various inhabitants is at it first appears, and neither talent nor history sits on solid ground.”
—Ru Freeman, author of On Sal Mal Lane
Read More 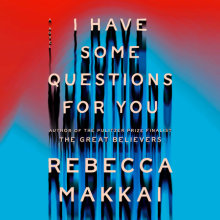 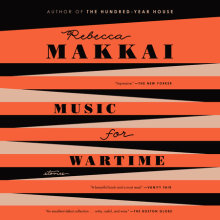 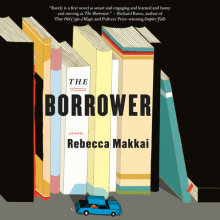 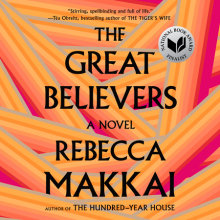