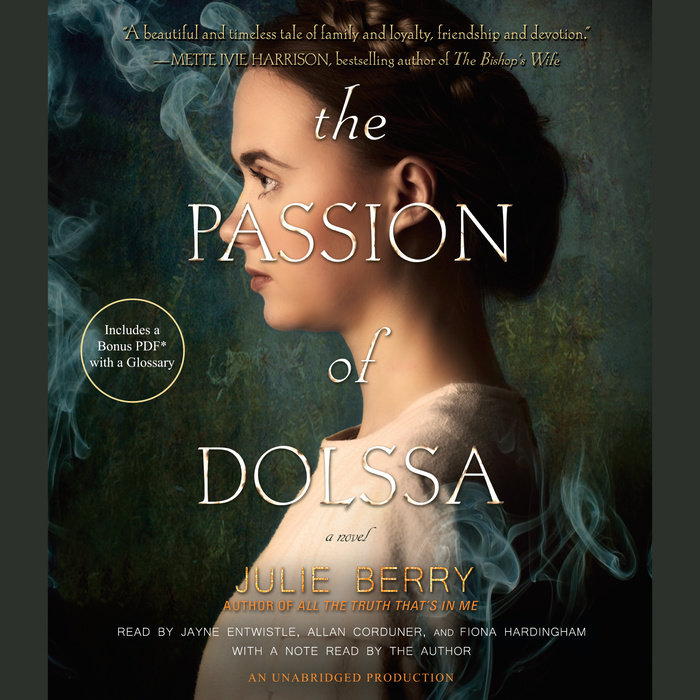 I must write this account, and when I have finished, I will burn it.

Buried deep within the archives of a convent in medieval France is an untold story of love, loss, and wonder and the two girls at the heart of it all.

Dolssa is an upper-crust city girl with a secret lover and an uncanny gift. Branded a heretic, she’s on the run from the friar who condemned her mother to death by fire, and wants Dolssa executed, too.

Botille is a matchmaker and a tavern-keeper, struggling to keep herself and her sisters on the right side of the law in their seaside town of Bajas.

When their lives collide by a dark riverside, Botille rescues a dying Dolssa and conceals her in the tavern, where an unlikely friendship blooms. Aided by her sisters and Symo, her surly but loyal neighbor, Botille nurses Dolssa back to health and hides her from her pursuers.  But all of Botille’s tricks, tales, and cleverness can’t protect them forever, and when the full wrath of the Church bears down upon Bajas, Dolssa’s passion and Botille’s good intentions could destroy the entire village.

From the author of the award-winning All the Truth That's in Me comes a spellbinding thriller that will keep you on the edge of your seat until the final page and make you wonder if miracles really are possible.

*Bonus PDF included with a glossary
Read More
Reviews for THE PASSION OF DOLSSA:

* “Kudos, then, to Berry for creating a sweeping saga that not only deeply entwines both [historical fiction & religion], but also dissects its characters’ humanity as it looks at the often troubling beliefs that underlay their actions.”- Booklist, starred review

* “Readers will be transported into Dolssa and Botille’s world. An expertly crafted piece of historical fiction.”—School Library Journal, starred review

“[A] powerful and beautifully written novel.”—VOYA

“Powerful and heartbreaking, The Passion of Dolssa shows us that the voices of dissent can only be silenced for so long. Their echoes carry down the centuries, sounding warnings for our own time. Julie Berry writes the past as if she lived it.”—Jennifer Donnelly, New York Times bestselling author of These Shallow Graves

“Julie Berry's sweeping tapestry of friendship and belief is both epic and intimate, both sweet and painful.”—Elizabeth Wein, author of Code Name Verity and Rose Under Fire


Rave reviews for ALL THE TRUTH THAT'S IN ME:

"Stunning! In rich and vivid language, and with a pace that lingers but never loiters, Berry has managed somehow to write a love story with the quickened pulse of a mystery thriller."--Tim Wynne-Jones, author of Blink & Caution

"Powerful...its prose poetry draws the reader into the heroine's skin, and the spiral of her romantic obsession."--Rita Williams-Garcia, Newbery Honor author of One Crazy Summer

"An incredible story of courage and rediscovering a silenced voice. Haunting and unforgettable!"--Ruta Sepetys, bestselling author of Out of the Easy and Between Shades of Gray

"Twines lyrical writing with the sharp pull of suspense to tell a riveting tale of a young girl's struggle to reclaim her life."--Judy Blundell, National Book Award-winning author of What I Saw and How I Lied

"Extraordinary...[Berry] plays with tense, mixing limited third past tense and first person present so masterfully it's not noticeable unless you're taking apart what it is she's doing and how she does it so well."--Shelftalker

"The combination of the lovely language and the plot's intriguing twists and turns makes it feel like a book of poetry and a thriller at the same time."--Deseret News

"Gracefully incorporates everything from the right to education to the horrors of war to the freedom that comes along with acquiring language. What will stick in most readers' minds, though, is the first-person prose."--Booklist

"All the Truth That's in Me is that rare magical thing--a beautiful love story told in spare, riveting prose."--New York Journal of Books

"Julie Berry effectively combines elements of traditional genre literature to create a distinctive novel that includes a powerful message about the value of women's voices and what is lost when they are ­silenced."--The New York Times Book Review

"This story is haunting, romantic, mysterious, and well written...Reluctant readers and avid ones will be clamoring for this title with enticing cover art and an original story."--School Library Journal, starred review (audio edition)

"An emotional journey conveyed in lyrical prose, this historical novel, set in an unspecified pre-industrial rural community, is also an absorbing adventure with elements of mystery and romance, providing a compelling mixture of the heart-wrenching and the heart-pounding."--BCCB, starred review

"Lyrical language, a good mystery, and a compelling heroine this is a page-turner with substance."--School Library Journal, starred review

"Readers racing through the story's murder mystery and thrilling romance may miss much of Berry's lovely, poetic writing; luckily, many will finish only to turn right back to the beginning, this time to savor a more leisurely paced, equally satisfying read."--Horn Book, starred review

"Every now and then, a novel comes along with such an original voice that readers slow down to savor the poetic prose. This is such a story. A tale of uncommon elegance, power and originality."--Kirkus Reviews, starred review
Read More 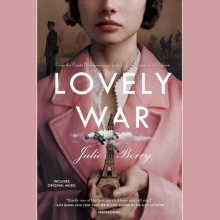 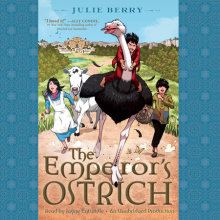 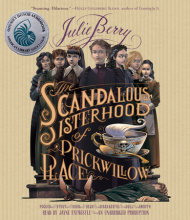 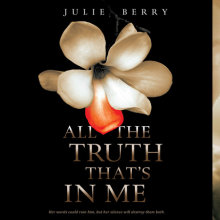