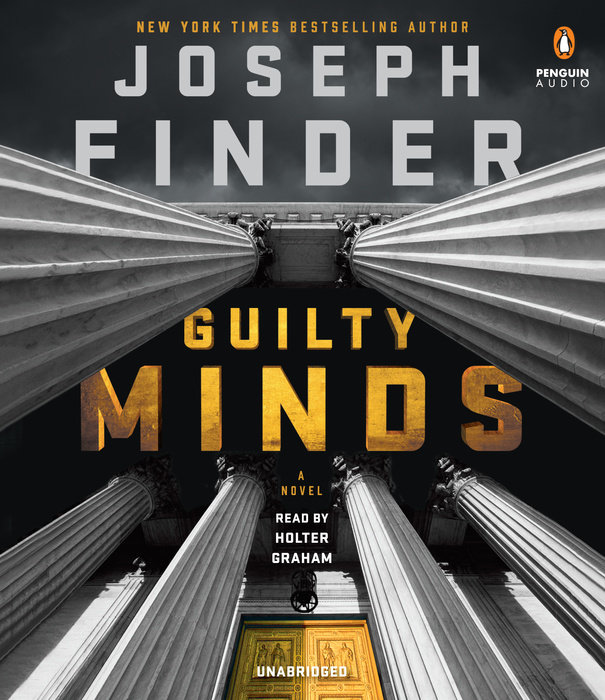 Written by: Joseph Finder
Read by: Holter Graham
9 Hours and 40 Minutes Imprint: Penguin Audio Genre: Fiction - Thrillers - Suspense Release Date: July 19, 2016
New York Times bestselling author Joseph Finder delivers an exhilarating and timely thriller exploring how even the most powerful among us can be brought down by a carefully crafted lie and how the secrets we keep can never truly stay buried.

The chief justice of the Supreme Court is about to be defamed, his career destroyed, by a powerful gossip website that specializes in dirt on celebs and politicians. Their top reporter has written an exposé claiming that he had liaisons with an escort, a young woman prepared to tell the world her salacious tale. But the chief justice is not without allies and his greatest supporter is determined to stop the story in its tracks.

Nick Heller is a private spy—an intelligence operative based in Boston, hired by lawyers, politicians, and even foreign governments. A high-powered investigator with a penchant for doing things his own way, he’s called to Washington, DC, to help out in this delicate, potentially explosive situation.

Nick has just forty-eight hours to disprove the story about the chief justice. But when the call girl is found murdered, the case takes a dangerous turn, and Nick resolves to find the mastermind behind the conspiracy before anyone else falls victim to the maelstrom of political scandal and ruined reputations predicated upon one long-buried secret.
Read More
Praise for Guilty Minds

“Finder shows off his top-notch storytelling skills, moving with ease from high places to low in the nation's capital.”—Kirkus Reviews

“Finder really knows his way around a thriller, and his sensibilities about Washington, scandal, and the immediacy—and threat—of digital publishing and electronic surveillance seem chillingly plausible. This is an exciting, insightful thriller with finely sketched characters—in other words, a sure bet in public libraries.”—Booklist (starred review)

“[A] tight plot, sharp dialogue, and a cast of intriguing characters keep the story a cut above the genre pack.”—Publishers Weekly

“Finder (The Fixer) shows off his clever storytelling skills by packing action, politics, and modern detective techniques into a complicated plotline that leads to murder.”—Library Journal

“This is a dark tale of intrigue and underhanded politics…If you’re a Finder fan, this book will not disappoint you. If you’re not, you might become one after this read.”—Suspense Magazine

“Finder’s prose is lean, the pacing swift and agile, and the plot well worth gossiping about.”—Minneapolis Star Tribune

“Guilty Minds balances its thriller tenets with solid characters...razor-sharp dialogue, and a breathless plot that careens from one realistic twist to another.”—Mystery Scene Magazine

“Finder is one of the best contemporary thriller writers.”—Connecticut Post

Praise for Joseph Finder and The Fixer

“A master of the modern thriller.”—The Boston Globe

“There are many authors who take a reader 'slowly into that good night.' However, the real genius knows how to create the ultimate lead-in. They are the wordsmiths who can, in one page or one paragraph, grab the reader's attention and never let go....A true genius wordsmith, this is one author who has created solid suspense gold.”—Suspense Magazine

“Finder can make reading about someone walking across a room excruciatingly suspenseful....This is a thriller that is as much about redemption as it is about escape. A remarkable exciting read.”—Booklist (starred review)

“If you’re in the mood for tense, witty angst about closed-down career opportunities and dirty money cleansed by family redemption, The Fixer is the way to go.”—The New York Times Book Review

“Joseph Finder takes a familiar story and gives it a unique spin in his latest page-turner, The Fixer.”—Associated Press
Read More 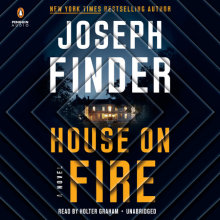 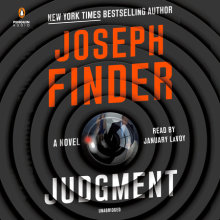