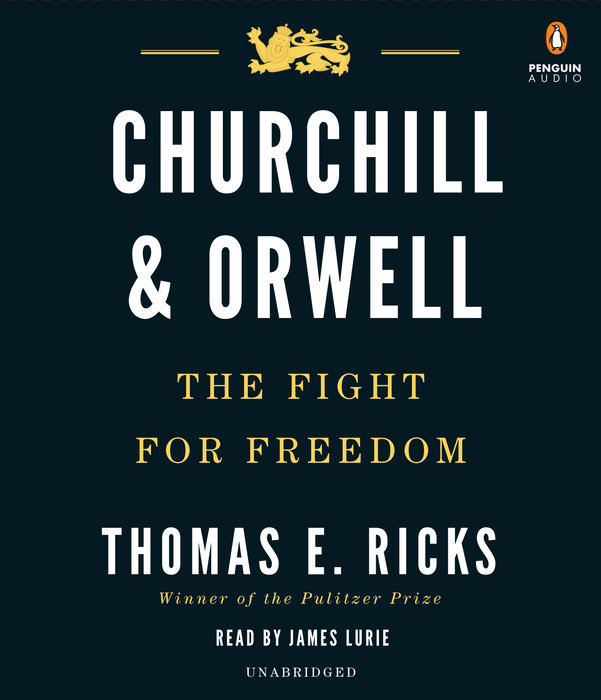 A dual biography of Winston Churchill and George Orwell, who preserved democracy from the threats of authoritarianism, from the left and right alike.

Both George Orwell and Winston Churchill came close to death in the mid-1930's—Orwell shot in the neck in a trench line in the Spanish Civil War, and Churchill struck by a car in New York City. If they'd died then, history would scarcely remember them. At the time, Churchill was a politician on the outs, his loyalty to his class and party suspect. Orwell was a mildly successful novelist, to put it generously. No one would have predicted that by the end of the 20th century they would be considered two of the most important people in British history for having the vision and courage to campaign tirelessly, in words and in deeds, against the totalitarian threat from both the left and the right. In a crucial moment, they responded first by seeking the facts of the matter, seeing through the lies and obfuscations, and then they acted on their beliefs. Together, to an extent not sufficiently appreciated, they kept the West's compass set toward freedom as its due north.

It's not easy to recall now how lonely a position both men once occupied. By the late 1930's, democracy was discredited in many circles, and authoritarian rulers were everywhere in the ascent. There were some who decried the scourge of communism, but saw in Hitler and Mussolini "men we could do business with," if not in fact saviors. And there were others who saw the Nazi and fascist threat as malign, but tended to view communism as the path to salvation. Churchill and Orwell, on the other hand, had the foresight to see clearly that the issue was human freedom—that whatever its coloration, a government that denied its people basic freedoms was a totalitarian menace and had to be resisted.

In the end, Churchill and Orwell proved their age's necessary men. The glorious climax of Churchill and Orwell is the work they both did in the decade of the 1940's to triumph over freedom's enemies. And though Churchill played the larger role in the defeat of Hitler and the Axis, Orwell's reckoning with the menace of authoritarian rule in Animal Farm and 1984 would define the stakes of the Cold War for its 50-year course, and continues to give inspiration to fighters for freedom to this day. Taken together, in Thomas E. Ricks's masterful hands, their lives are a beautiful testament to the power of moral conviction, and to the courage it can take to stay true to it, through thick and thin.

Churchill and Orwell is a perfect gift for the holidays!
Read More
"Both subjects, he tells us in this page turner written with great brio, are 'people we still think about, people who are important not just to understanding their times but also to understanding our own.'... what comes across strongly in this highly enjoyable book is the fierce commitment of both Orwell and Churchill to critical thought." —The New York Times Book Review

“An elegantly written celebration of two men who faced an existential crisis to their way of life with moral courage — and demonstrated that an individual can make a difference.” —San Francisco Chronicle

“Readers of this book will realize, if they needed reminding, that the struggle to preserve and tell the truth is a very long game.” —Los Angeles Times

"Another one is a book by Thomas Ricks about Winston Churchill and George Orwell. The two never met, but their parallel lives and their views of how society should function, notions of individual freedom, limitations of politics and so on — extraordinarily harmonious thoughts in different places, really very impressive. I went in assuming [they'd be at odds], but quite the reverse. Really, very interesting."— John Le Carré

“Churchill & Orwell is an eminently readable, frankly inspirational and exceptionally timely tribute to the two men Simon Schama called 'the architects of their time.' It is to be hoped that their counterparts in intellectual clarity and moral courage are among us today.” —Minneapolis Star Tribune

“A pungent and pointed piece of history, a great gift for any history lover on your list.” — Seattle Times

“Here is a formidable pairing: Winston Churchill and George Orwell, two of the most famous figures of the 20th century, compared and contrasted in a study that has fresh things to say about its subjects… Ricks tracks his subjects without falling into the usual traps. He is neither sanctimonious about Orwell, nor overly reverential when discussing Churchill.” —Newsday

"A feast of a book, laden with observations and insights that enable us to see these familiar figures, and through them our own time, in a fresh and illuminating light." —New Statesman

“Ricks’s gift for storytelling makes this book virtually impossible at times to set down.” —The Christian Science Monitor

“Superbly illustrates that Churchill and Orwell made enduring cases for the necessity of moral and political fortitude in the face of authoritarianism. This is a bracing work for our times.”—Publishers Weekly


“The genius of Ricks’ method is to tell the story of an ongoing struggle through the lives of two extraordinary men.” —Booklist (starred review) 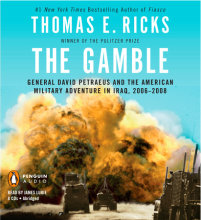 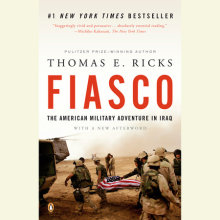