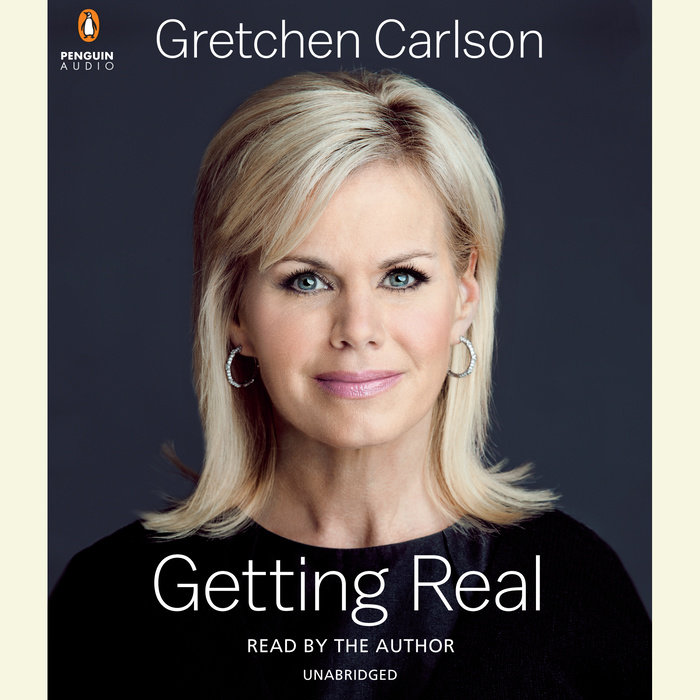 In this candid memoir, celebrity news anchorwoman Gretchen Carlson shares her inspiring story and offers important takeaways about what it means to strive for and find success in the real world. With warmth and wit, she takes readers from her Minnesota childhood, when she became a violin prodigy, through attending Stanford and later rising to anchor of The Real Story with Gretchen Carlson on Fox News after working her way up from local television stations.

Carlson addresses the intense competitive effort of winning the Miss America Pageant, the challenges she’s faced as a woman in broadcast television, and how she manages to balance work and family as the wife of high-profile sports agent Casey Close and devoted mother to their two children. An unceasing advocate for respect and equality for women, Carlson writes openly about her own struggles with body image, pageant stereotypes, building her career, and having the courage to speak her mind. Encouraging women to believe in themselves, chase their dreams, and never give up, Carlson emerges in Getting Real as a living example of personal strength and perseverance.
Read More
“In 1989, Gretchen Carlson was chosen to be Miss America—I was one of the judges who picked her! Since then, I have watched Gretchen grow as a journalist and as a woman, proving that beautiful women can be smart and that working women can be good moms. In Getting Real, Gretchen writes frankly and with humor about the challenges she's met along the way. We can't all be Miss America, but we can all learn from Gretchen how to confront whatever comes our way and come out winners.”
—Deborah Norville, anchor of “Inside Edition” and author of Thank You Power

"Gretchen's Getting Real is a powerful tool for young women who desire to become everything God designed them to be. Poignantly and humbly, she shares her struggles on the long road to success. And she honors the God of all creation in the process. Brava!"
—Kathie Lee Gifford, co-host of “The Today Show” and author of Just When I Thought I’d Dropped My Last Egg

“Gretchen Carlson is a gifted news anchor who always gets the story right and who continues to make Minnesotans proud. In Getting Real, Gretchen takes us inside the competitive worlds of music, Miss America, and television news and shows us that with hard work—and resilience—dreams do come true.”
—Fran Tarkenton, Pro Football Hall of Fame quarterback and founder of Tarkenton Companies

"Finding success in life comes after some failures and a lot of hard work. Watching Gretchen succeed inspires me and will inspire all women: she seized the day, made the most of her talents, and never, ever gave up."
—Vanessa Williams, Singer, Actress, and New York Times Bestselling Author

“My spirit resonates with Gretchen Carlson’s single-eyed focus, steely determination, and all-out commitment to achieve her goals. Her standards of excellence and sacrificial discipline are exemplary. Getting Real has caused me to examine my own life in order to eliminate any casualness or carelessness as I seek to follow and serve Jesus Christ.”
—Anne Graham Lotz, founder of AnGeL Ministries and author of Wounded by God’s People

"Gretchen has such an amazing message, one that will inspire young women. One of courage, determination, faith, and guts. We all have a journey, and Gretchen has graciously given us her map to help others find theirs."
—Kristin Chenoweth, Emmy and Tony award winning actress and singer

“Winston Churchill famously opined that success consists of going from failure to failure without a loss of enthusiasm. Gretchen Carlson embodies the very nature of success by remaining steadfast to the vision that inspires her and to the God-breathed purpose that allows those dreams to take flight and affirms her true calling in times of failure. She is truly living her best life.”
—Bishop T. D. Jakes, CEO, TDJ Enterprises, and New York Times best-selling author

“Gretchen Carlson’s story is so inspiring. She is indeed what she aspires to be: an authentic role model for all women and girls. Not because of her musical talent, her Miss America crown, or her Fox News celebrity, but because she shares her failures and vulnerabilities as well as her successes, and, of course, her unwavering faith.”
—Marilyn Carlson Nelson, former Chairman and CEO of Carlson and current co-CEO of Carlson  Holdings

“My Fox News colleague, Gretchen Carlson, has written a book and here's what I like about it: clarity! Gretchen tells her story in a way that can help other people who are trying to do the right thing in life. Nice job!”
—Bill O'Reilly, host of “The O’Reilly Factor” and New York Times bestselling author

“I first met Gretchen Carlson when we were teenagers competing  against each other in violin competitions, and over the years I've watched with admiration as she has applied the skills and determination that made her a music prodigy to help her achieve success in pretty much everything she has aspired to do.  From Virtuoso to Miss America to Television Star...what a fascinating life!”
– Joshua Bell, Grammy Award-winning violinist and conductor
Read More