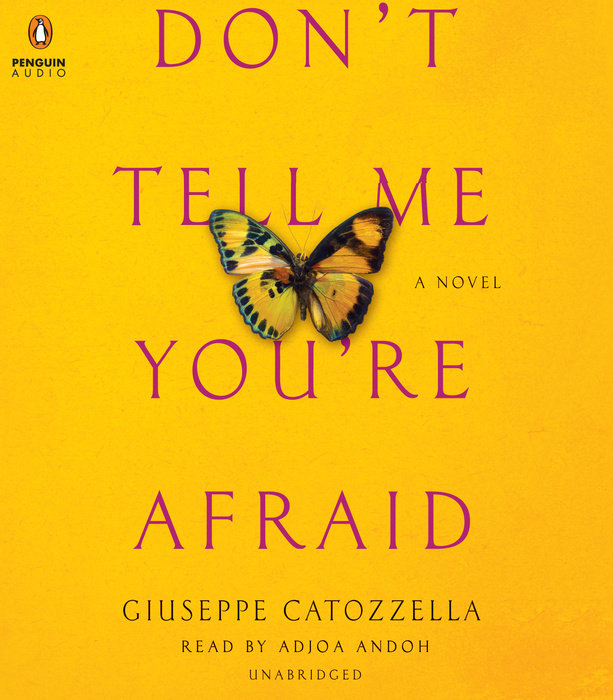 Written by: Giuseppe Catozzella
Read by: Adjoa Andoh
Translated by: Anne Milano Appel
7 Hours and 37 Minutes Imprint: Penguin Audio Genre: Fiction - Literary Release Date: August 02, 2016
Based on a remarkable true story, an unforgettable Somali girl risks her life on the migrant journey to Europe to run in the Olympic Games

At eight years of age, Samia lives to run. She shares her dream with her best friend and neighbor, Ali, who appoints himself her "professional coach." Eight-year-old Ali trains her, times her, and pushes her to achieve her goals. For both children, Samia's running is the bright spot in their tumultuous life in Somalia. She is talented, brave, and determined to represent her country in the Olympic Games, just like her hero, the great Somali runner Mo Farah.

For the next several years, Samia and Ali train at night in a deserted stadium as war rages and political tensions continue to escalate. Despite the lack of resources, despite the war, and despite all of the restrictions imposed on Somali women, Samia becomes a world-class runner. As a teenager, she is selected to represent her country at the 2008 Beijing Olympics. She finishes last in her heat at the Games, but the sight of the small, skinny woman in modest clothes running in the dust of athletes like Veronica Campbell-Brown brings the Olympic stadium to its feet.

Samia sets her sights on the 2012 Games in London. Conditions in Somalia have worsened, and she must make the arduous migrant journey across Africa and the Mediterranean alone. Just like millions of refugees, Samia risks her life for the hope of a better future.

Don’t Tell Me You’re Afraid is the unforgettable story of a courageous young woman, and it is also a remarkable window onto a global crisis.

Written by Giuseppe Catozzella and translated by Anne Milano Appel.
Read More
“It's impossible not to be moved by this heart-wrenching novel based on the true story of Samia Omar . . . the voice of Samia packs an achingly topical punch, shouting out as an enduring witness to crimes committed by those trafficking in misery and despair.”—Mail on Sunday

“Based on the devastating true story of Somalian athlete Samia Omar, this award-winning Italian novel offers a timely and unforgettable insight into the refugee experience.”– Sam Baker, The Pool

“The first-person narrative … gives the story a spirit and urgency that readers won't easily forget. Catozzella's novel is both an intimate portrait of a heroic young woman and a disturbing look at the horrors many migrants face today.”—Kirkus Reviews

“[Don’t Tell Me You’re Afraid] serves as a sobering reminder of the life-threatening challenges many migrants face in the pursuit of freedom.”—Publishers Weekly

"Catozzella constructs a world. You read about it, witness it, are assailed by it. But when you realize that you too are in that world, that’s when you get the feeling that its pages have changed you.”
- Roberto Saviano

"Catozzella has managed to convey a close understanding of a harsh, unfamiliar reality. This is a novel that I salute for its ability to recount a great heroic epic of our time."
- Erri De Luca

"I will carry the memory of Samia with me for a long time – her childhood in a Mogadishu ravaged by civil strife, her hopes of becoming an Olympic champion, her journey to Europe tragically cut short in the sea of Lampedusa, in our sea. A story that is entirely true, that moved me… And that made me feel ashamed, once again, of what Italy, what Europe, has now become."
- Goffredo Fofi
Read More

Birth Flower Audiobook RecommendationsHow to Stay Motivated During the Dark Days of WinterListen While You Run: Don’t Tell Me You’re AfraidSee More