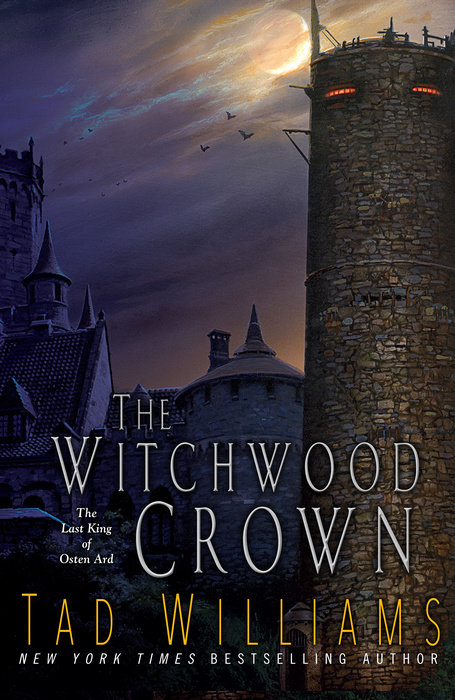 The Dragonbone Chair, the first volume of Memory, Sorrow, and Thorn, was published in hardcover in October, 1988, launching the series that was to become one of the seminal works of modern epic fantasy. Many of today’s top-selling fantasy authors, from Patrick Rothfuss to George R. R. Martin to Christopher Paolini credit Tad with being the inspiration for their own series.

Now, twenty-four years after the conclusion of Memory, Sorrow, and Thorn, Tad returns to his beloved universe and characters with The Witchwood Crown, the first novel in the long-awaited sequel trilogy, The Last King of Osten Ard.

More than thirty years have passed since the events of the earlier novels, and the world has reached a critical turning point once again. The realm is threatened by divisive forces, even as old allies are lost, and others are lured down darker paths. Perhaps most terrifying of all, the Norns—the long-vanquished elvish foe—are stirring once again, preparing to reclaim the mortal-ruled lands that once were theirs....
Read More
“Inspired me to write my own seven-book trilogy.... It’s one of my favorite fantasy series.” —George R. R. Martin, New York Times-bestselling author of A Song of Ice and Fire