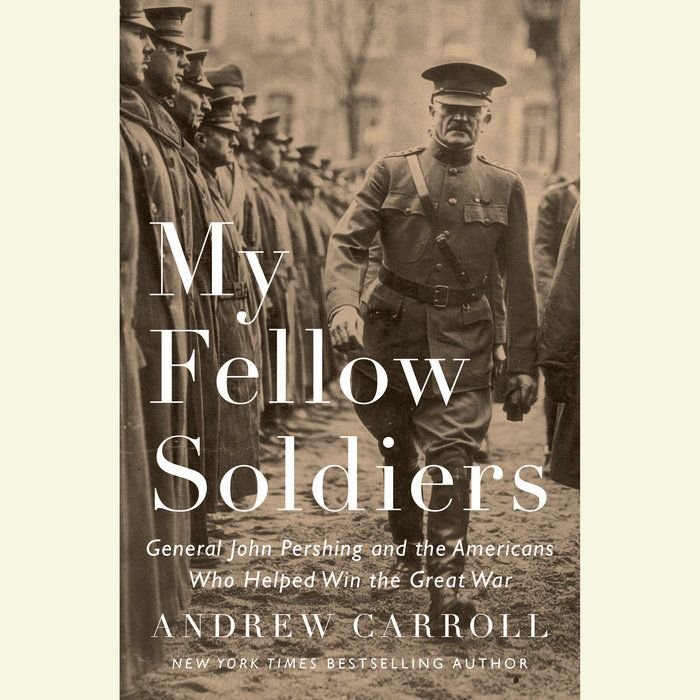 Written by: Andrew Carroll
Read by: Andrew Carroll
11 Hours and 33 Minutes Imprint: Penguin Audio Genre: History - Wars & Conflicts - World War I Release Date: April 04, 2017
From the New York Times bestselling author of War Letters and Behind the Lines, Andrew Carroll’s My Fellow Soldiers draws on a rich trove of both little-known and newly uncovered letters and diaries to create a marvelously vivid and moving account of the American experience in World War I, with General John Pershing featured prominently in the foreground.

Andrew Carroll’s intimate portrait of General Pershing, who led all of the American troops in Europe during World War I, is a revelation. Given a military force that on the eve of its entry into the war was downright primitive compared to the European combatants, the general surmounted enormous obstacles to build an army and ultimately command millions of U.S. soldiers. But Pershing himself—often perceived as a harsh, humorless, and wooden leader—concealed inner agony from those around him: almost two years before the United States entered the war, Pershing suffered a personal tragedy so catastrophic that he almost went insane with grief and remained haunted by the loss for the rest of his life, as private and previously unpublished letters he wrote to family members now reveal. Before leaving for Europe, Pershing also had a passionate romance with George Patton’s sister, Anne. But once he was in France, Pershing fell madly in love with a young painter named Micheline Resco, whom he later married in secret.

Woven throughout Pershing’s story are the experiences of a remarkable group of American men and women, both the famous and unheralded, including Harry Truman, Douglas Macarthur, William “Wild Bill” Donovan, Teddy Roosevelt, and his youngest son Quentin. The chorus of these voices, which begins with the first Americans who enlisted in the French Foreign Legion 1914 as well as those who flew with the Lafayette Escadrille, make the high stakes of this epic American saga piercingly real and demonstrates the war’s profound impact on the individuals who served—during and in the years after the conflict—with extraordinary humanity and emotional force.
Read More
“Selecting excerpts from thousands of letters to highlight the human perception of the war, Carroll embeds these recollections in a clear, chronological war narrative that takes the reader from the beginning of the war in 1914 through President Wilson’s decision to enter the war in 1917 and the U.S. military’s combat experience for the remainder of the conflict. Carroll uses the personal correspondence of Gen. Pershing, the U.S. commander in France, as a means of establishing the war timeline. Varied American perspectives of the war are included, and the letters of African-Americans and women figure prominently in the work...Carroll has produced an engaging and informative introduction to a war that has been largely relegated to the shadows by the subsequent global conflagration.” —Publishers Weekly

“A fascinating and timely history…. An accessible account of the American Expeditionary Forces in World War I and its commander, General John Pershing.”—Shelf Awareness

"The title of My Fellow Soldiers comes from a general order Pershing issued to thank his troops before returning home. Like Pershing's note, it is a fitting tribute to the more than two million Americans who stepped forward a century ago to rescue the Allies and bring the United States onto the world's stage." —Weekly Standard
Read More 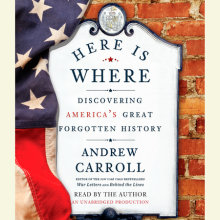