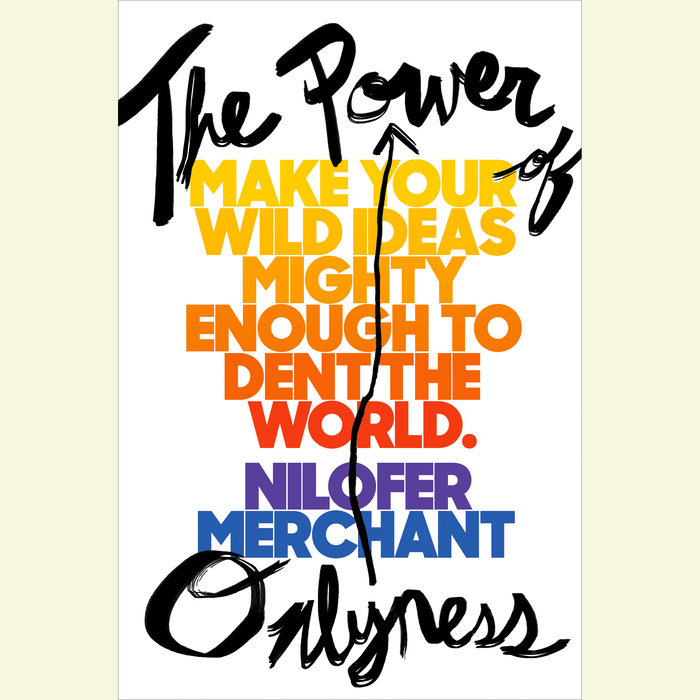 “For any would-be activists who hear the voice: ‘not me’ or ‘not now,’ Merchant makes the strong case for ‘yes you’ and ‘yes now’—and even shows you how to jump in.” —Van Jones, host of CNN’s The Messy Truth, author of Rebuild the Dream and The Green Collar Economy

“The Power of Onlyness is a book for our times. . . . Merchant forces us to dig deep, into the book and ourselves, and it goes beyond self-knowledge and self-empowerment, obliterating the fear of otherness with an understanding of the onlyness of us all.” —Sally Haldorson, 800-CEO-READ

If you’re like most people, you wish you had the ability to make a difference, but you don’t have the credentials, or a seat at the table, can’t get past the gatekeepers, and aren’t high enough in any hierarchy to get your ideas heard.

In The Power of Onlyness, Nilofer Merchant, one of the world’s top-ranked business thinkers, reveals that, in fact, we have now reached an unprecedented moment of opportunity for your ideas to “make a dent” on the world. Now that the Internet has liberated ideas to spread through networks instead of hierarchies, power is no longer determined by your status, but by “onlyness”—that spot in the world only you stand in, a function of your distinct history and experiences, visions and hopes. If you build upon your signature ingredient of purpose and connect with those who are equally passionate, you have a lever by which to move the world.

This new ability is already within your grasp, but to command it, you need to know how to meaningfully mobilize others around your ideas. Through inspirational and instructive stories, Merchant reveals proven strategies to unleash the centrifugal force of a new idea, no matter how weird or wild it may seem.

Imagine how much better the world could be if every idea could have its shot, not just the ones that come from expected people and places. Which long-intractable problems would we solve, what new levels of creativity would be unlocked, and who might innovate a breakthrough that could benefit ourselves, our communities, and especially our economy. This limitless potential of onlyness has already been recognized by Thinkers 50, the Oscars of management, which cited it one of the five ideas that will shape business for next twenty years.

Why do some individuals make scalable impact with their ideas, regardless of their power or status? The Power of Onlyness unravels this mystery for the first time so that anyone can make a dent. Even you.
Read More
“The Power of Onlyness is a book for our times. . . . we wonder if we, as one person amidst [the] din, can make a difference. We wonder if one step will truly add up, over time, to a thousand or a million steps toward progress. The Power of Onlyness says yes, emphatically, and we couldn’t need that kind of encouragement more. . . . Just as Daniel Goleman’s Emotional Intelligence, or E.Q., eventually became a widely used phrase describing what was previously thought of as a ‘soft’ personal quality . . . onlyness has the potential to change the way we think about people and the ideas they generate. . . . Merchant is asking us to look less at types of people, as Goleman did, or groups of people, as [Susan] Cain did, and instead appreciate the individual as having a unique perspective that no one else can claim. From that position, your ideas are unique to you . . . . Merchant isn’t calling for a cacophony of voices, disparate and competing. Her book is not about individualism as much as it is about community. . . . Merchant forces us to dig deep, into the book and ourselves, and it goes beyond self-knowledge and self-empowerment, obliterating the fear of otherness with an understanding of the onlyness of us all. The Power of Onlyness calls us to identify what is good in ourselves and to connect with what is good in others so that, together, we can indeed dent the world.”
—Sally Haldorson, 800-CEO-READ (staff pick)

“No longer do we need to worry about how our ideas will be judged. By showing us how to mobilize communities around our ideas, Nilofer Merchant shows us why and how we can elevate the power of our ideas to limitless heights unfettered by conformity.”
—Amy Cuddy, author of Presence

“With The Power of Onlyness, Nilofer Merchant passes all three tests of a masterpiece: 1) memorable stories; 2) actionable insights; and 3) urgent relevance to now!”
—Tom Peters, author of In Search of Excellence

“Merchant discovers her onlyness when she walks out on an arranged marriage. At first, she doesn’t know what to call it but a lifetime of encouraging men and women to summon the best of themselves teaches her how to nurture it—in herself and others. Now we need her empowering work more than ever. Onlyness doesn’t mean you work alone; but you train yourself, sometimes against the odds, to recognize your own value and increase your chance of finding allies!”
—Sherry Turkle, author of Reclaiming Conversation and Alone Together

“With captivating stories and keen insights, Nilofer Merchant urges us to cast aside conformity and embrace our own unique identity and purpose. The Power of Onlyness is a bold, inspiring book that will leave you feeling infused with power and ready to take on the world.”
—Dan Pink, author of Drive and To Sell is Human

“Nilofer Merchant’s spectacular gift is to make tangible what we already feel to be instinctual: the power of the individual alongside the power of a community in the service of one idea can change the world. But Nilofer also explains what may not feel so instinctual: that all of us have the capacity to create change, no matter our social, racial, gender or economic status. This book is one of the most hopeful pieces of writing I’ve read in a long time. Nilofer defines and explains the value of individuality and collaboration in equal measure. It’s a true celebration not just of humanity but of all the possibilities we can accomplish together.”
—Stacy London, style expert, TV personality, and author of The Truth about Style

“For any would-be activists who hear the voice: ‘not me’ or ‘not now,’ Merchant makes the strong case for ‘yes you’ and ‘yes now’—and even shows you how to jump in.”
—Van Jones, host of CNN’s The Messy Truth, author of Rebuild the Dream and The Green Collar Economy

“This is an illuminating book about the context in which great, world-changing ideas emerge and take root, with stories and insights galore.”
—Eli Pariser, co-founder and co-CEO, Upworthy

“The Power of Onlyness is the wake-up call that the world needs so badly right now. It's a reminder that, quite simply, we all matter. That each perspective has inherent value. That each person's unique vantage point is literally a position of power. That each voice matters, and should be used. Be warned: after reading this book, you won't be able to ignore that voice again. You will be compelled to speak up and to use it, in bigger, bolder, louder ways than ever before.”
—Jessica Jackley, founder of Kiva

“An exhortation to raise one’s freak flag, dust off that notebook full of plans and dreams, and set up shop. . . . The best of Merchant’s case studies illustrate the operating principles of cultural difference and the power of persistence in getting things done.”
—Kirkus Reviews

“Merchant encourages her readers to embrace their uniqueness in this self-help guide for would-be innovators. She begins by asserting the importance of identifying one’s purpose, or what she calls ‘the dent,’ and then tells her readers how to find theirs. . . . Next, Merchant encourages her readers to find ‘co-denters,’ those people who can help you amplify your message. Finally, she urges readers to galvanize others to act . . . Merchant asserts that trust is rewarded . . . and delivers an inspiring message about the power of believing in one’s dreams.”
—Publishers Weekly
Read More 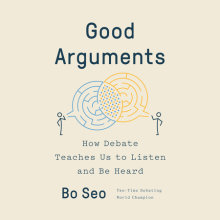 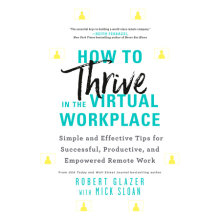 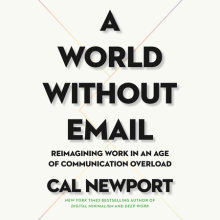