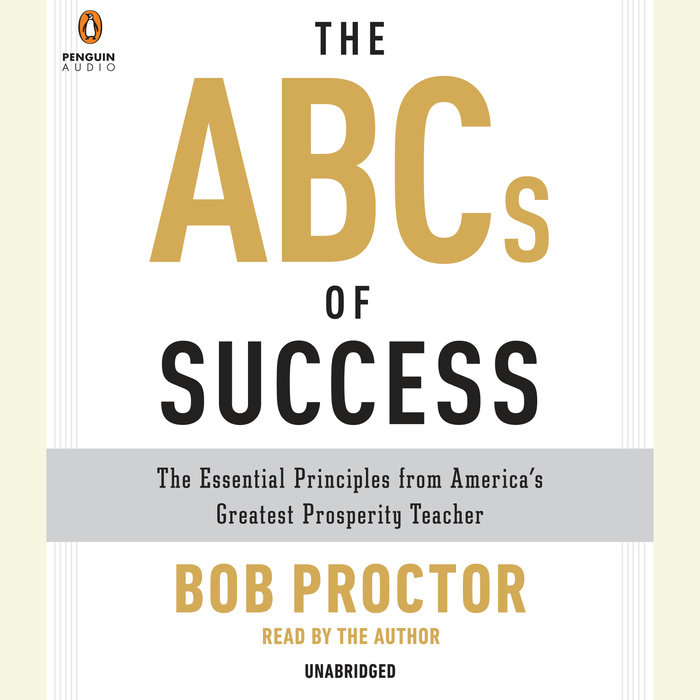 An accessible guide to the principles of success by one of the most respected and sought-after motivational speakers of our time. In the tradition of Og Mandino and Zig Ziglar, this inspirational guide uses a wide variety of subjects, from “Achievement” to “Worry,” to bring clarity, information, and motivation to readers.

For millions of readers, Bob Proctor’s name is synonymous with success. A former protégé of personal development pioneer Earl Nightingale, Proctor first built a wildly successful business career, and then an internationally successful speaking career, elaborating on the principles of Napoleon Hill’s Think and Grow Rich and other classic success and prosperity texts. Proctor’s position in the business motivation community equals that of Stephen Covey or Og Mandino. But as is not the case with those masters, his books have never been available to the general public—until now!

In The ABCs of Success—the first trade book ever published by this master of motivation and prosperity—Proctor goes beyond the simple laws of success and attraction, weighing in on sixty-seven different topics essential to all those who wish to make their dreams a reality, including persistence, winning, effectiveness, and vision. Organized in A-to-Z fashion and composed of brief essays that can be read over and over, The ABCs of Success is an essential resource for anyone who wants the combined wisdom of a century of success thinking in a single, accessible volume.
Read More
Praise for The ABCs of Success:

"No one understands the power of thought better than Bob Proctor. The ABCs of Success distills centuries of prosperity thinking into one simple volume...and it's written by the master of manifesting consciousness into success."
—Larry King, television and radio host


“A complete guide to exactly what we all want—more success in our lives. This book has both simplicity and depth while covering every aspect of success and guiding us to achieve more.”
—Warren Moon, CEO of Sports 1 Marketing and author of Connected to Goodness

“Not just the ABCs of Success—this is the whole alphabet. Everyone who desires more success will be blessed big time by this book.”
—Dyan Cannon, American actress, director, screenwriter, editor, and producer

"This is a simple, proven, time-tested roadmap for personal achievement. Great job, Bob!"
—Greg S. Reid, author of Stickability and coauthor of Thoughts Are Things

“Zig Ziglar may be the master motivator, Mark Victor Hansen and Jack Canfield of Chicken Soup for the Soul, the master story tellers; Anthony Robbins may be the guru of personal development, but Bob Proctor is the master thinker. When it comes to systemizing life, no one can touch him.”
—Doug Wead, presidential historian, philanthropist and public speaker

“I was blessed to meet Bob Proctor at the beginning of my career as an author and speaker. Because of his wisdom and guidance, I was able to make more money my first full year of speaking than I did at the top of my career at Sprint Communications. Bob’s insight enabled me to jumpstart my business in a way I would have never been able to do without his help. I wholeheartedly recommend Bob Proctor to everyone who is ready to transform their existing reality.”
—Cynthia Kersey, author of Unstoppable and Unstoppable Women

"I have shared many hours with Bob Proctor in my home. I am fascinated by his depth of knowledge and understanding of the mind and why we do what we do. Listen to him. He communicates so clearly and effectively. If you want to make a major shift in your life, this man will definitely show you how."
—Jay Abraham, Fortune 500 Consultant

"This man has the ability to reduce the most complicated concepts in life to the simplest form. He can and does explain how to turn any idea you can think of into physical results. This man's name is Bob Proctor."
—Vic Conant,  president of Nightingale-Conant Corporation

"I've listened to hundreds of speakers during the past 15 years and none can compare to Bob in teaching simple concepts that you will be able to immediately use to improve your life."
—John Assaraf, president of Re/Max of Indiana

"Bob Proctor is known to so many as someone to listen to, to watch, to learn from. The secret gift of Bob is that he gives you to yourself. A return to innocence, where a paradigm shift takes place, if you allow. From there, awake and aware, you can be anything you want."
—Paul Gilman, musician, producer and composer, and owner of GilmanSound
Read More 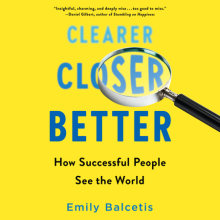 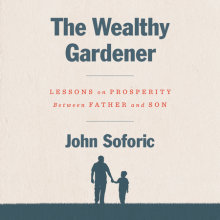 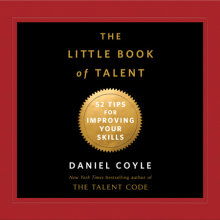