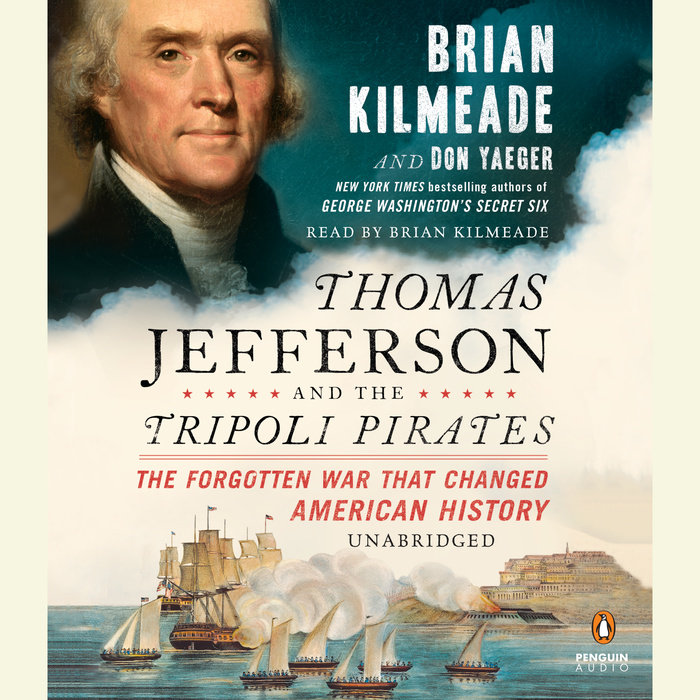 Written by: Brian Kilmeade & Don Yaeger
Read by: Brian Kilmeade
4 Hours and 52 Minutes Imprint: Penguin Audio Genre: History - United States - 19th Century Release Date: November 03, 2015
“Another blockbuster! Thomas Jefferson and the Tripoli Pirates reads like an edge-of-your-seat, page-turning thriller. You will love this book and also wonder why so few people know this story. No one captures the danger, intrigue, and drama of the American Revolution and its aftermath like Brian Kilmeade and Don Yaeger.” —Brad Thor

This is the little-known story of how a newly indepen­dent nation was challenged by four Muslim powers and what happened when America’s third president decided to stand up to intimidation.

When Thomas Jefferson became president in 1801, America faced a crisis. The new nation was deeply in debt and needed its economy to grow quickly, but its merchant ships were under attack. Pirates from North Africa’s Barbary coast routinely captured American sailors and held them as slaves, demanding ransom and tribute payments far beyond what the new coun­try could afford.

Over the previous fifteen years, as a diplomat and then as secretary of state, Jefferson had tried to work with the Barbary states (Tripoli, Tunis, Algiers, and Morocco). Unfortunately, he found it impossible to negotiate with people who believed their religion jus­tified the plunder and enslavement of non-Muslims. These rogue states would show no mercy—at least not while easy money could be made by extorting the Western powers. So President Jefferson decided to move beyond diplomacy. He sent the U.S. Navy’s new warships and a detachment of Marines to blockade Tripoli—launching the Barbary Wars and beginning America’s journey toward future superpower status.

As they did in their previous bestseller, George Washington’s Secret Six, Kilmeade and Yaeger have transformed a nearly forgotten slice of history into a dramatic story that will keep you turning the pages to find out what happens next. Among the many sus­penseful episodes:

·Lieutenant Stephen Decatur’s daring night raid of an enemy harbor, with the aim of destroying an American ship that had fallen into the pirates’ hands.

·General William Eaton’s unprecedented five-hundred-mile land march from Egypt to the port of Derne, where the Marines launched a surprise attack and an American flag was raised in victory on foreign soil for the first time.

Few today remember these men and other heroes who inspired the Marine Corps hymn: “From the Halls of Montezuma to the Shores of Tripoli, we fight our country’s battles in the air, on land and sea.” Thomas Jefferson and the Tripoli Pirates recaptures this forgot­ten war that changed American history with a real-life drama of intrigue, bravery, and battle on the high seas.
Read More
“Thomas Jefferson. Pirates. And national security. This is how you make history exciting. I dare you to put this book down.”
—BRAD MELTZER, bestselling author of The President’s Shadow

“Reads like a fast-paced thriller but is actually a thoughtful account of America’s first foray into what has become a complex part of the world.”
—GENERAL STANLEY MCCHRYSTAL (Ret.), author of Team of Teams

“A riveting book of history that reads as though it were ripped from today’s headlines, and a must read for anyone seeking an understanding of the roots of U.S. foreign policy.”
—ADMIRAL JAMES STAVRIDIS (Ret.), former Supreme Allied Commander at NATO; dean of The Fletcher School of Law and Diplomacy at Tufts University

“This is a well-told tale, and there are lessons aplenty about both diplomacy and warfare—with useful application to the challenges the United States faces in our own time.”
—PROFESSOR LARRY J. SABATO, director of the University of Virginia Center for Politics; author of The Kennedy Half-Century

“Well written, nicely paced, and well documented. I thoroughly enjoyed this must read that brings to life a critical period in our nation’s history and shows the importance of a navy in our nation’s security.”
—KIRK S. LIPPOLD, former commander of the USS Cole; author of Front Burner: Al Qaeda’s Attack on the USS Cole

“No one captures the danger, intrigue, and drama of the American Revolution and its aftermath like Brian Kilmeade and Don Yaeger.”
—BRAD THOR, bestselling author of Code of Conduct

“A colorful, exciting, and historic account of an overlooked portion of American military history, and a wonderful tribute to the brave sailors and Marines who set a high standard for U.S. maritime operations.”
—GENERAL JACK KEANE (Ret.), chairman of the Institute for the Study of War

“A fascinating story of extraordinary courage and resolve, and a brilliant reminder of an early chapter of our country’s remarkable history.”
—DONALD RUMSFELD

“As a Navy SEAL you witness great acts of courage every day, but it’s easy to forget that the navy and Marines have been kicking ass right from their inception more than two hundred years ago. Count on Kilmeade and Yaeger to remind us of it with this swashbuckling adventure.”
—MARCUS LUTTRELL, former Navy SEAL; author of Lone Survivor and Service

“If you want to understand the deep historic roots of the 9/11 attacks and what it will take to win the war against today’s jihadists, you must read this book.”
—DR. SEBASTIAN GORKA, Horner Chair of Military Theory at USMC University, Quantico
Read More 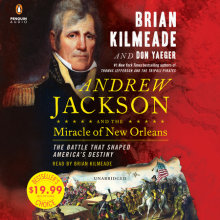 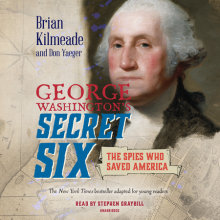