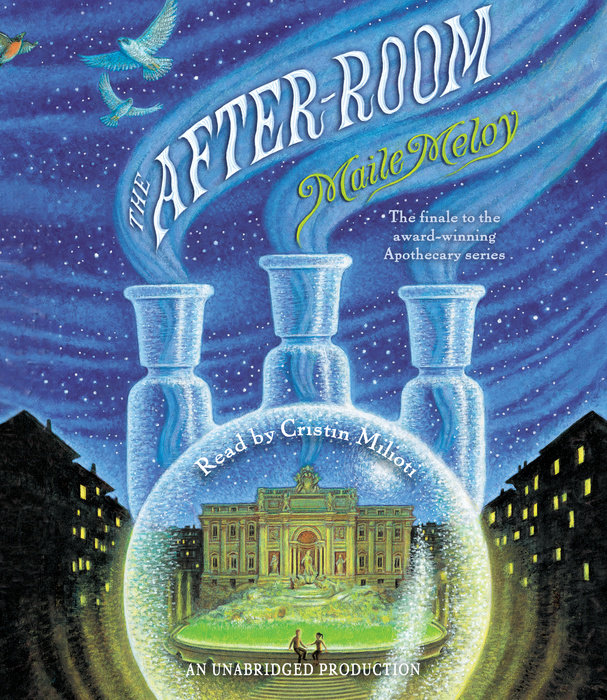 Written by: Maile Meloy
Read by: Cristin Milioti
8 Hours and 55 Minutes Imprint: Listening Library Ages 10 and up Release Date: November 03, 2015
It’s 1955, and Benjamin Burrows and Janie Scott are trying to live a safe, normal life in America. It’s not easy, when they have the power to prevent nuclear disaster, and sinister forces are circling. Soon the advice of a mysterious, unscrupulous magician propels Janie and Benjamin into danger, and toward the land of the dead.

Meanwhile, their friend Jin Lo washes up on a remote island where an American spy is stationed, and finds herself on the trail of a deadly threat in China. But she’s on the other side of the world—how can Janie and Benjamin reach her?

The triumphant finale in the trilogy that began with Maile Meloy’s bestselling, critically acclaimed The Apothecary, and continued in its captivating sequel, The Apprentices, The After-Room is full of enchantment and heart, with Ian Schoenherr’s stunning illustrations throughout.
Read More
Praise for The After-Room:

“This series finale wraps up most of its loose ends in a satisfying bow, leaving just enough room for imaginative middle-grade readers and teens to conjure up their own futures for Janie and Benjamin.”—Kirkus Reviews

“A cerebral fantasy with enough action to keep readers on their toes.”—School Library Journal

"Meloy ends her trilogy on a satisfying note and manages an authorial sort of alchemy just short of being as miraculous as that performed by her protagonists: creating realistic historical fiction that gives an authentic cold war feel, along with potions that can turn one into a bird."--VOYA 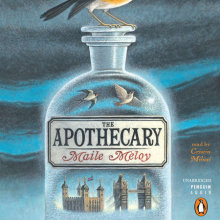