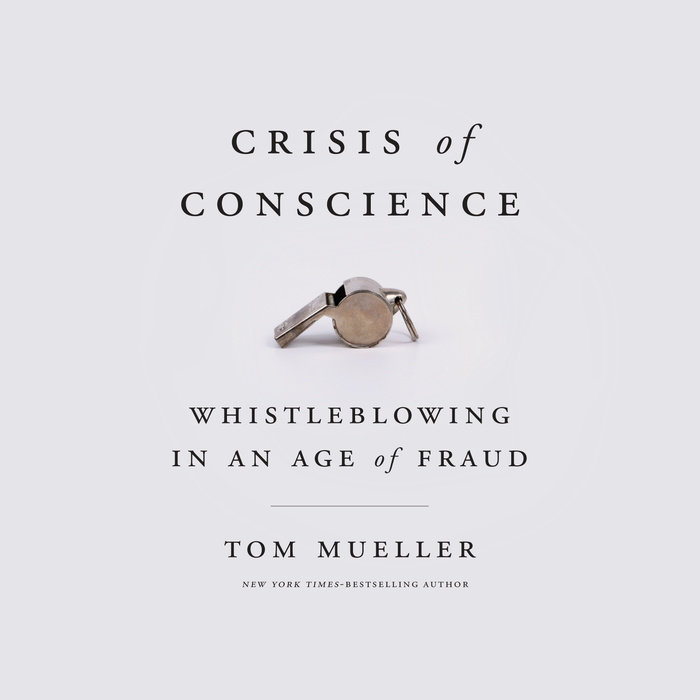 Written by: Tom Mueller
Read by: Mark Deakins
24 Hours and 42 Minutes Imprint: Penguin Audio Genre: Political Science - Corruption & Misconduct Release Date: October 01, 2019
"A call to arms and to action, for anyone with a conscience, anyone alarmed about the decline of our democracy." — New York Times-bestselling author Wendell Potter

"Powerful...His extensively reported tales of individual whistleblowers and their often cruel fates are compelling...They reveal what it can mean to live in an age of fraud." — The Washington Post

"Tom Mueller's authoritative and timely book reveals what drives a few brave souls to expose and denounce specific cases of corruption. He describes the structural decay that plagues many of our most powerful institutions, putting democracy itself in danger." —George Soros

A David-and-Goliath story for our times: the riveting account of the heroes who are fighting a rising tide of wrongdoing by the powerful, and showing us the path forward.

We live in a period of sweeping corruption -- and a golden age of whistleblowing. Over the past few decades, principled insiders who expose wrongdoing have gained unprecedented legal and social stature, emerging as the government's best weapon against corporate misconduct--and the citizenry's best defense against government gone bad. Whistleblowers force us to confront fundamental questions about the balance between free speech and state secrecy, and between individual morality and corporate power.

In Crisis of Conscience, Tom Mueller traces the rise of whistleblowing through a series of riveting cases drawn from the worlds of healthcare and other businesses, Wall Street, and Washington. Drawing on in-depth interviews with more than two hundred whistleblowers and the trailblazing lawyers who arm them for battle--plus politicians, intelligence analysts, government watchdogs, cognitive scientists, and other experts--Mueller anatomizes what inspires some to speak out while the rest of us become complicit in our silence. Whistleblowers, we come to see, are the freethinking, outspoken citizens for whom our republic was conceived. And they are the models we must emulate if our democracy is to survive.
Read More
Praise for Crisis of Conscience

“Tom Mueller’s authoritative and timely book reveals what drives a few brave souls to expose and denounce specific cases of corruption. He describes the structural decay that plagues many of our most powerful institutions, putting democracy itself in danger.” —George Soros

“‘Unauthorized disclosures’ by whistleblowers are the life's blood of a republic.  As many of Mueller's fascinating cases show, misplaced loyalty--exclusively to a boss or an organization or a president--can be betrayal: of the  health of consumers, of an oath to the Constitution, or of a war's worth of lives.” —Daniel Ellsberg

“This trenchant examination of whistle-blowing is based on interviews with more than two hundred people who have exposed wrongdoing in areas such as national security, finance, and health care.” —The New Yorker

“An extraordinary book, both meticulously researched and a page-turner. Crisis of Conscienceis a call to arms and to action, for anyone with a conscience, anyone alarmed about the decline of our democracy.” —Wendell Potter, author of Deadly Spin and Nation on the Take

“The definitive treatment of whistleblowing. Tom Mueller not only describes the ordeals and impact of those who change the course of history, but takes us on a journey through their souls.” —Tom Devine, Legal Director, Government Accountability Project

“A sweeping new chronicle of the nation’s whistleblowers, the difficulties they have faced and the wrongdoing they have exposed.”—Seattle Times

“Mueller does a magnificent job of explaining how whistleblowing may be the only safety valve left against unfettered secrecy and fraud in a post-9/11 world. A powerful call to save our ailing democracies before it’s too late.”—Anna Myers, Executive Director, Whistleblowing International Network

“Engrossingly examines the ethics, mechanics, and reverberations of whistleblowing of all kinds, emphasizing how bitterly controversial the practice remains, posing a clash between group loyalty and individual conscience. . . . Superb reporting on brave people who decided, 'It would have been criminal for me not to act.’” —Kirkus Reviews (starred)

“This book should be taught in civics classes across the country.” —Nick Schwellenbach, Director of Investigations, Project on Government Oversight

“A spectacular book that should be in every library in the country, in addition, as part of living room discussions and town meetings, because [whistleblowing] is the ultimate protection against wrongdoing.” —Ralph Nader

“This exceptionally timely book is sure to strike a chord with readers paying close attention to the political landscape.” —Publishers Weekly

“A fascinating history of the self-deputized referees who blow the whistle on illicit activities that put Americans' freedom, money, health, and lives at risk.” —Booklist
Read More 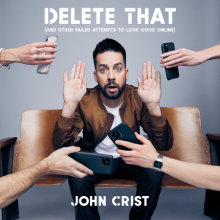 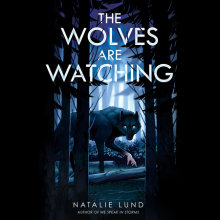