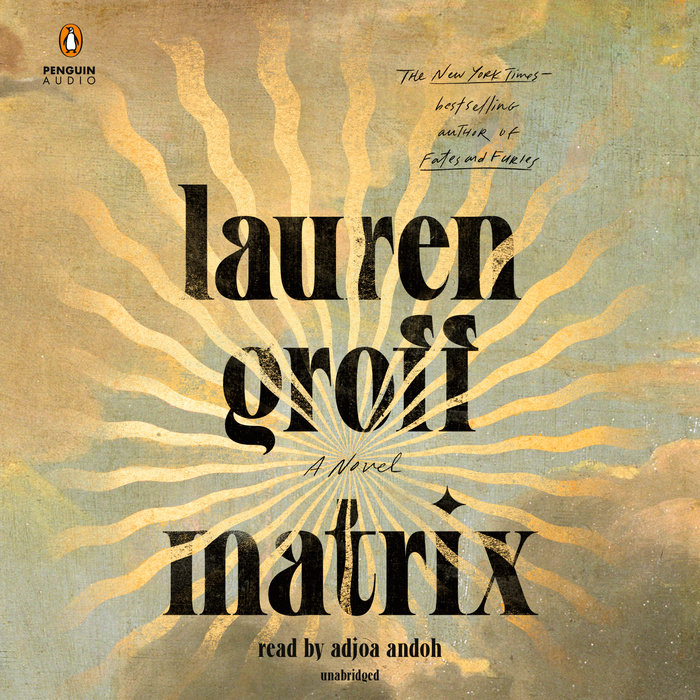 FINALIST FOR THE 2021 NATIONAL BOOK AWARD FOR FICTION

One of Barack Obama's Favorite Books of 2021

“A relentless exhibition of Groff’s freakish talent. In just over 250 pages, she gives us a character study to rival Hilary Mantel’s Thomas Cromwell .” – USA Today

“[A] page-by-page pleasure as we soar with her.” –New York Times

One of our best American writers, Lauren Groff returns with her exhilarating first new novel since the groundbreaking Fates and Furies.

Cast out of the royal court by Eleanor of Aquitaine, deemed too coarse and rough-hewn for marriage or courtly life, seventeen-year-old Marie de France is sent to England to be the new prioress of an impoverished abbey, its nuns on the brink of starvation and beset by disease.

At first taken aback by the severity of her new life, Marie finds focus and love in collective life with her singular and mercurial sisters. In this crucible, Marie steadily supplants her desire for family, for her homeland, for the passions of her youth with something new to her: devotion to her sisters, and a conviction in her own divine visions. Marie, born the last in a long line of women warriors and crusaders, is determined to chart a bold new course for the women she now leads and protects. But in a world that is shifting and corroding in frightening ways, one that can never reconcile itself with her existence, will the sheer force of Marie’s vision be bulwark enough?

Equally alive to the sacred and the profane, Matrix gathers currents of violence, sensuality, and religious ecstasy in a mesmerizing portrait of consuming passion, aberrant faith, and a woman that history moves both through and around. Lauren Groff’s new novel, her first since Fates and Furies, is a defiant and timely exploration of the raw power of female creativity in a corrupted world.
Read More
Praise for Matrix:

“Just when it seems there are nothing but chronicles of decline and ruin comes Lauren Groff’s Matrix, about a self-sufficient abbey of 12th-century nuns—a shining, all-female utopian community…  it is finally its spirit of celebration that gives this novel its many moments of beauty.” -Wall Street Journal

“[A] page-by-page pleasure as we soar with her. ” - New York Times Book Review

“Far more than a treat for history buffs. . . . [Groff] writes a creative, intelligent work that will last.” – Boston Globe

"Incandescent. . . a radiant work of imagination and accomplishment." -Esquire

“In Lauren Groff’s hands, the tale of a medieval nunnery is must-read fiction." -The Washington Post

“Stunning . . .grand, mythic . . .feels both ancient and urgent, as holy as it is deeply human.”- Entertainment Weekly

“An inspiring novel that truly demonstrates the power women wield, regardless of the era. It has sisterhood, love, war, sex …[Q]uite impossible to put down.” - NPR

“A relentless exhibition of Groff’s freakish talent. In just over 250 pages, she gives us a character study to rival Hilary Mantel’s Thomas Cromwell or Robert Caro’s Robert Moses.”– USA Today

"The medieval nun drama you didn’t know you needed." -Vulture

“A bold new direction for the accomplished writer.”- Vogue

“[I]n an appealingly unpredictable move, Lauren Groff has turned her attentions to 12th-century English nuns. The result is a highly distinctive novel of great vigour and boldness ... we are carried on the force of her style, and held by the strength of an intelligence that lets comedy and emotional complexity work together ... an assertively modern novel about leadership, ambition and enterprise, and about the communal life of individuals.”- The Guardian

"Transcendently beautiful … It’s surprisingly delicious to read fiction about a historical figure we know so little about.” -Shondaland

“A mesmerizing study of faith, passion and violence.”- Harper's Bazaar

“This transportive and meditative tale that will swallow you up from the very start.” - Newsweek

“Groff’s  . . . most daring work to date. . . .  sumptuous but brisk storytelling mines the Dark Age abbey for veins of violence, humor, empowerment, and spirituality and forges something compelling, strange, and recognizable to modern eyes." – Philadelphia Inquirer

“Both epic and intimate, this sweeping novel explores questions of female ambition, creativity and passion with electrifying prose and sparkling wit. A propulsive, captivating read.”-Brit Bennett, #1 New York Times bestselling author of The Vanishing Half

“A thrillingly vivid, adventurous story about women and power that will blow readers' minds. Left me gasping.” -Emma Donoghue, author of Room

“Matrix is alive with lust and glory. In the incandescent Marie de France – visionary, cantankerous and uncowed by the constraints of her sex – Groff paints a portrait of sisterhood that shines out of the past and into the lives of women today.”-C Pam Zhang, author of How Much of These Hills is Gold

“Groff has created a labyrinth of jewel-like moments . . . and transformed it into a novel that is perfect for right now.”-BookPage, STARRED review

“Splendid with rich description and period vocabulary, this courageous and spine-tingling novel shows an incredible range for Groff (Florida, 2018), and will envelop readers fully in Marie's world, interior and exterior, all senses lit up. It is both a complete departure and an easy-to-envision tale of faith, power, and temptation.” - Booklist, STARRED review

“Transcendent prose and vividly described settings bring to life historic events, from the Crusades to the papal interdict of 1208. Groff has outdone herself with an accomplishment as radiant as Marie’s visions.” - Publishers Weekly, STARRED review
Read More 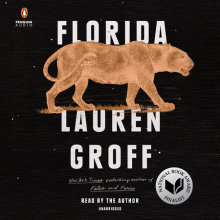 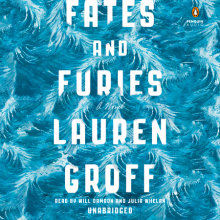