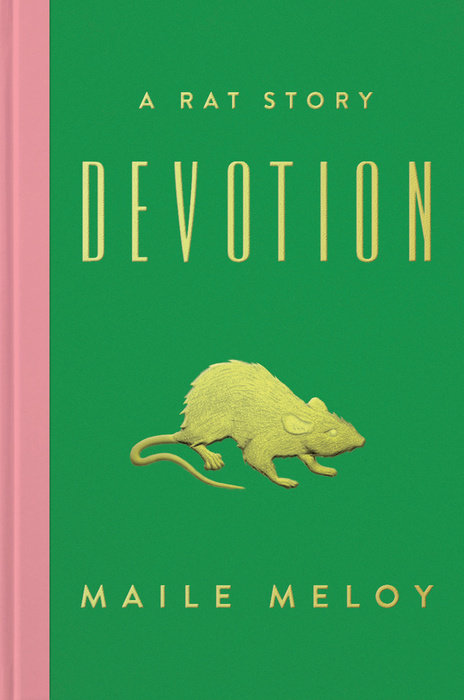 Written by: Maile Meloy
Read by: Cassandra Campbell
0 Hours and 53 Minutes Imprint: Penguin Audio Genre: Fiction - Literary Release Date: April 28, 2015
From one of the most popular and acclaimed story writers of her generation, a single-volume short story from the author of 2017's Do Not Become Alarmed, a beautifully packaged palm-sized gift book.

“That the yellow house was thrillingly affordable might have been a warning sign, if Eleanor had known how to read it. But she’d been desperate. She was sharing a room with her four-year-old daughter, Hattie, in her parents’ house, and she had to get out.”

From the award-winning novelist and short story writer Maile Meloy, Devotion: A Rat Story is an exquisitely unsettling tale about a young single mother whose new home becomes a kind of nightmare she must resolve on her own.

Eleanor is in such a rush to move away from her parents that she allows an imperious realtor to rush her to close on the too-good-to-be-true home without an inspection. Shortly after the house becomes legally hers—with every cent and all of her pride and future tied up in the property—the giant rats show themselves. In the yard, in the kitchen, on her daughter’s bed. A walk around the block reveals a decrepit neighboring house where two elderly sisters are feeding and fostering thousands of unusal “pets.” What has Eleanor done? What action can she possibly take now?

In Meloy’s characteristically clean, assured style, she captures the hopes and horrors of domestic life with an element of suspense that drives the reader feverishly to the end.
Read More
“[Meloy is] a wise and astonishing conjurer of convincing realities.” —The New Yorker

“She’s such a talented and unpredictable writer that I’m officially joining her fan club; whatever she writes next, I’ll gladly read it.” —Curtis Sittenfeld, The New York Times Book Review

“Maile Meloy combines the meticulous realism of domestic fiction with the witchery of a natural-born storyteller.” — The New York Times Magazine

“In the gifted hands of this storyteller, treats abound.” —The Boston Globe

“Maile Meloy is a bit of a magician.” —The Cleveland Plain Dealer

“In a Maile Meloy story, the thrill is in our own perception… Meloy’s style is disciplined and sly. She keeps a perfect poker face. And we’re players in the game.” – The Dallas Morning News
Read More