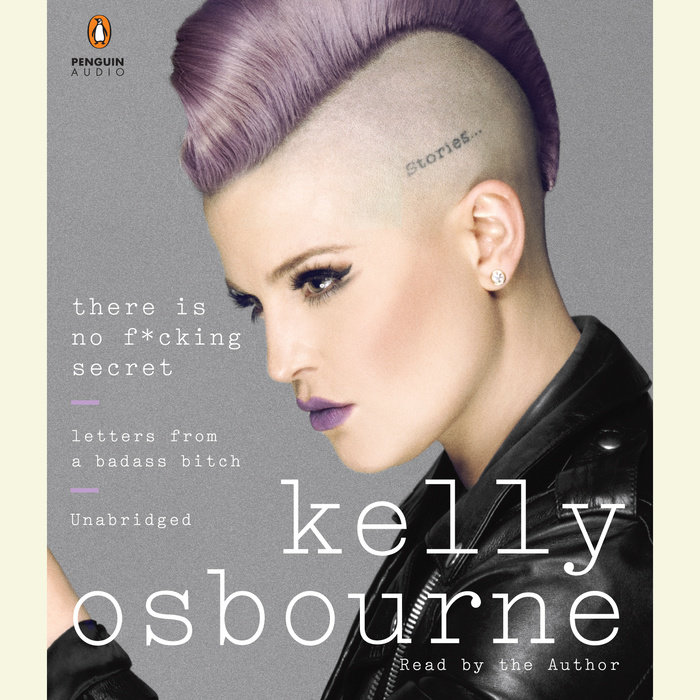 Kelly Osbourne may not always have been a typical role model, but no one can say that her perspective isn’t hard won after spending three decades in the spotlight: from growing up completely exposed to the heavy metal scene—replete with crazy antics most readers have only begun to hear about—to spending her teenage years as the wild middle child of an even wilder Ozzy Osbourne, to the family’s popular stint on their wacky eponymous reality show. Since then, Osbourne has forged her own path as a style icon and powerful woman in the media who isn’t afraid to tell it like it is and be honest with her fans. But being the daughter of a music legend hasn’t always been glamorous; growing up Osbourne is an experience that Kelly wouldn’t trade, but there are battle scars, and she is finally now ready to embrace and reveal their origins.

Told as a series of letters to various people and places in her life, There Is No F*cking Secret gives readers an intimate look at the stories and influences that have shaped Osbourne’s highly speculated-about life, for better or for worse. The stories will make readers’ jaws drop, but ultimately, they will come away empowered to forge their own path to confidence, no matter how deranged and out of control it may be, and to learn the ultimate lesson: that there just is no f*cking secret.
Read More
One of People.com’s “27 Super-Revealing Celeb Memoirs to Read Right Now”

"If brutal honesty is your favorite memoir style, Kelly Osbourne's new book is for you." --People.com

“With frank discussions about drug use, image, sex, and bullying, Osbourne’s candid and engaging memoir will have special appeal to teens and young women facing similar struggles, and every reader will find her hard-won confidence and sobriety inspiring.”—Booklist

“Readers who adore the unadulterated Osbourne will devour her amusing and sometimes-scandalous anecdotes and applicable advice on life, fashion, and self-acceptance...A breezy, well-intentioned memoir.”—Kirkus Reviews

“[There Is No F*cking Secret] will be a fine companion on days when you need a fierce friend to both flatter you and offer to eff up your ex’s car.”—Bust

“A series of smart, profanity-laden letters from Osbourne.” –Washington Post

This Is The Author | Kelly Osbourne