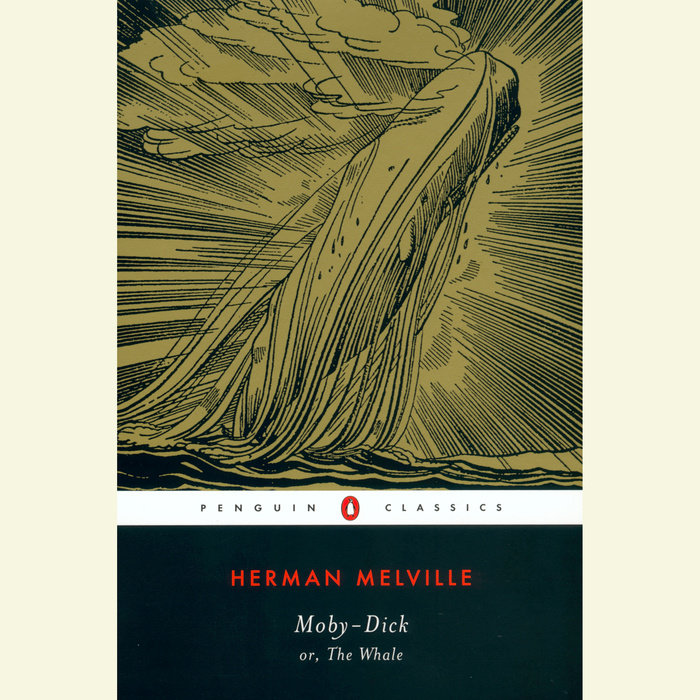 Written by: Herman Melville
Read by: William Hootkins
6 Hours and 2 Minutes Imprint: Penguin Audio Genre: Fiction - Classics Release Date: June 16, 2005
Moby-Dick is one of the great epics in all of literature. Captain Ahab's hunt for the white whale drives the narrative at a relentless pace, while Ishmael's meditations on whales and whaling, on the sublime indifference of nature, and on the grimy physical details of the extraction of oil provide a reflective counterpoint to the headlong idolatrous quest. Sometimes read as a terrifying study of monomania or as a critical inquiry into the effects of reducing life to symbols, Moby-Dick also offers colorful and often comic glimpses of life aboard a whaling ship.
Read More
Winner of the 2012 Fifty Books/Fifty Covers show, organized by Design Observer in association with AIGA and Designers & Books

"[Penguin Drop Caps] convey a sense of nostalgia for the tactility and aesthetic power of a physical book and for a centuries-old tradition of beautiful lettering."
—Fast Company

"The Penguin Drop Caps series is a great example of the power of design. Why buy these particular classics when there are less expensive, even free editions of Great Expectations? Because they’re beautiful objects. Paul Buckley and Jessica Hische’s fresh approach to the literary classics reduces the design down to typography and color. Each cover is foil-stamped with a cleverly illustrated letterform that reveals an element of the story. Jane Austen’s A (Pride and Prejudice) is formed by opulent peacock feathers and Charlotte Bronte’s B (Jane Eyre) is surrounded by flames. The complete set forms a rainbow spectrum prettier than anything else on your bookshelf."
—Rex Bonomelli, The New York Times