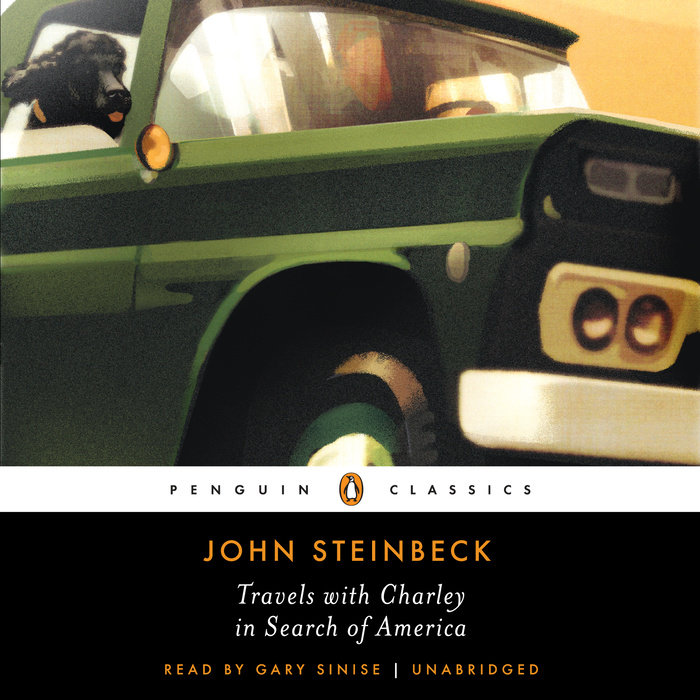 Written by: John Steinbeck
Read by: Gary Sinise
7 Hours and 59 Minutes Imprint: Penguin Audio Genre: Travel - Essays & Travelogues Release Date: June 15, 2011
An intimate journey across America, as told by one of its most beloved writers

To hear the speech of the real America, to smell the grass and the trees, to see the colors and the light—these were John Steinbeck's goals as he set out, at the age of fifty-eight, to rediscover the country he had been writing about for so many years.

With Charley, his French poodle, Steinbeck drives the interstates and the country roads, dines with truckers, encounters bears at Yellowstone and old friends in San Francisco. Along the way he reflects on the American character, racial hostility, the particular form of American loneliness he finds almost everywhere, and  the unexpected kindness of strangers.
Read More
“Pure delight, a pungent potpourri of places and people interspersed with bittersweet essays on everything from the emotional difficulties of growing old to the reasons why giant sequoias arouse such awe.” —The New York Times Book Review

“Profound, sympathetic, often angry . . . an honest moving book by one of our great writers.” —The San Francisco Examiner

“The eager, sensuous pages in which he writes about what he found and whom he encountered frame a picture of our human nature in the twentieth century which will not soon be surpassed.” —Edward Weeks, The Atlantic Monthly

Get Road Trip Ready With Audiobooks