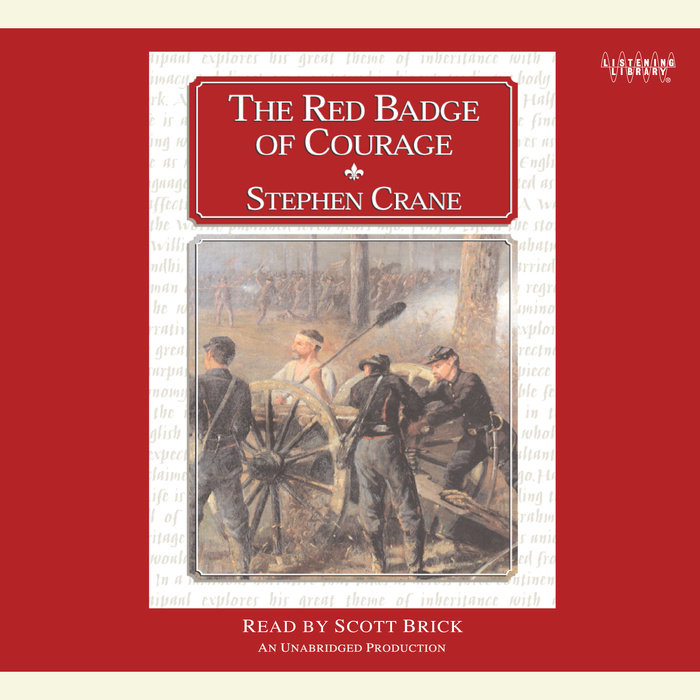 Written by: Stephen Crane
Read by: Scott Brick
5 Hours and 36 Minutes Imprint: Listening Library Ages 10 and up Release Date: January 11, 2011
The Red Badge of Courage was published in 1895, when its author, an impoverished writer living a bohemian life in New York, was only twenty-three. It immediately became a bestseller, and Stephen Crane became famous. Crane set out to create "a psychological portrayal of fear." Henry Fleming, a Union Army volunteer in the Civil War, thinks "that perhaps in a battle he might run....As far as war was concerned he knew nothing of himself." And he does run in his first battle, full of fear and then remorse. He encounters a grotesquely rotting corpse propped against a tree, and a column of wounded men, one of whom is a friend who dies horribly in front of him. Fleming receives his own "red badge" when a fellow soldier hits him in the head with a gun. "The idea of falling like heroes on ceremonial battlefields," Ford Madox Ford remarked later, "was gone forever." Shelby Foote, author of The Civil
The Modern Library has played a significant role in American cultural life for the better part of a century. The series was founded in 1917 by the publishers Boni and Liveright and eight years later acquired by Bennett Cerf and Donald Klopfer. It provided the foundation for their next publishing venture, Random House. The Modern Library has been a staple of the American book trade, providing readers with afford-
able hardbound editions of impor-
tant works of literature and thought. For the Modern Library's seventy-
fifth anniversary, Random House redesigned the series, restoring
as its emblem the running torch-
bearer created by Lucian Bernhard in 1925 and refurbishing jackets, bindings, and type, as well as inau-
gurating a new program of selecting titles. The Modern Library continues to provide the world's best books, at the best prices.
Read More
"The Red Badge Of Courage has long been considered the first great 'modern' novel of war by an American—the first novel of literary distinction to present war without heroics and this in a spirit of total irony and skepticism."—Alfred Kazin
Read More 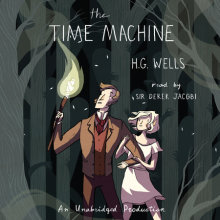