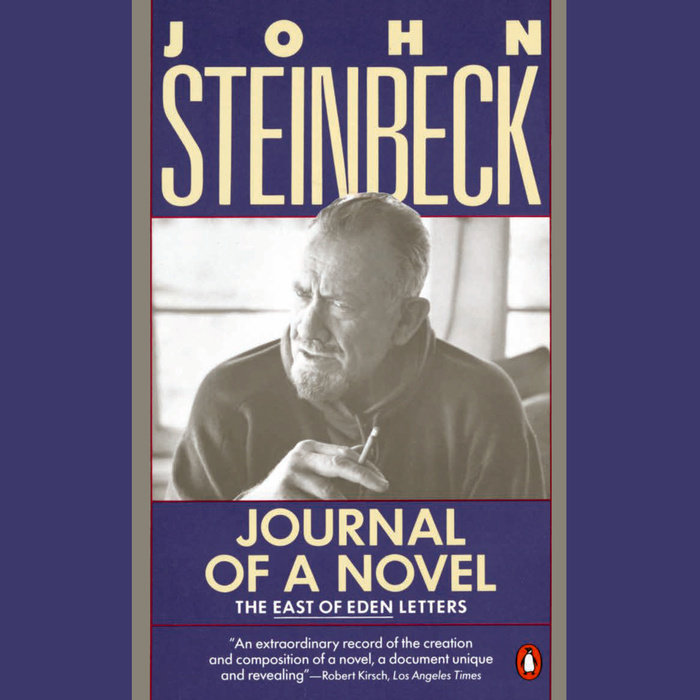 Written by: John Steinbeck
Read by: Jonathan Davis
8 Hours and 54 Minutes Imprint: Penguin Audio Genre: Literary Criticism - American - General Release Date: November 16, 2021
Each working day from January 29 to November 1, 1951, John Steinbeck warmed up to the work of writing East of Eden with a letter to the late Pascal Covici, his friend and editor at The Viking Press. It was his way, he said, of "getting my mental arm in shape to pitch a good game."

Steinbeck's letters were written on the left-hand pages of a notebook in which the facing pages would be filled with the test of East of Eden. They touched on many subjects—story arguments, trial flights of workmanship, concern for his sons.

Read More
"Full of insights and revelations involving the gladness and terror of writing." —Chicago Sun-Times

"A sort of Travels with Charley across a more personal country." —The Boston Globe