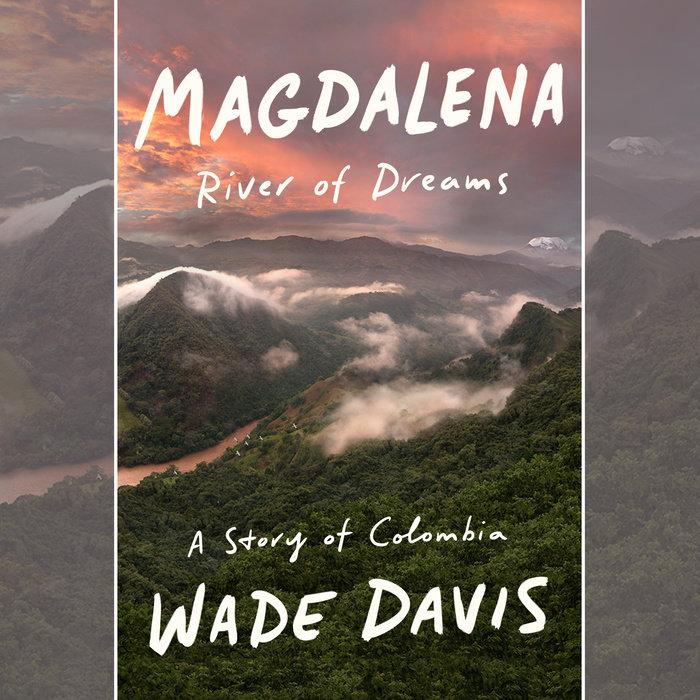 Travelers often become enchanted with the first country that captures their hearts and gives them license to be free. For Wade Davis, it was Colombia. Now in a masterly new book, Davis tells of his travels on the mighty Magdalena, the river that made possible the nation. Along the way, he finds a people who have overcome years of conflict precisely because of their character, informed by an enduring spirit of place, and a deep love of a land that is home to the greatest ecological and geographical diversity on the planet. As Gabriel García Márquez once wrote during his own pilgrimage on the river: "The only reason I would like to be young again would be the chance to travel again on a freighter going up the Magdalena." Only in Colombia can a traveler wash ashore in a coastal desert, follow waterways through wetlands as wide as the sky, ascend narrow tracks through dense tropical forests, and reach verdant Andean valleys rising to soaring ice-clad summits. This rugged and impossible geography finds its perfect coefficient in the topography of the Colombian spirit: restive, potent, at times placid and calm, in moments explosive and wild.

Both a corridor of commerce and a fountain of culture, the wellspring of Colombian music, literature, poetry, and prayer, the Magdalena has served in dark times as the graveyard of the nation. And yet, always, it returns as a river of life.

At once an absorbing adventure and an inspiring tale of hope and redemption, Magdalena gives us a rare, kaleidoscopic picture of a nation on the verge of a new period of peace. Braiding together memoir, history, and journalism, Wade Davis tells the story of the country's most magnificent river, and in doing so, tells the epic story of Colombia.
Read More
"Wade Davis narrates his fascinating, beautiful, and dangerous journey down the Río Magdalena – the heart of Colombia... Davis extols the virtues of these outlier regions and cultures as vital realms chock-full of exotic biota, majestic geography, extraordinary art, and empirical wisdom, all of which is essential for the health of the planet... a devotee’s pilgrimage... The narrative allow[s] the serendipity of the moment to fill in the adventure with compelling human interest stories and representative anecdotes, and of course histories... Davis’ desire to revitalize the river of his dreams is rendered poignantly in Magdalena – a vivid portrait of his hopes and fears for the region"
— Richard Horan, Christian Science Monitor

"In Magdalena: River of Dreams, Mr. Davis returns to Colombia, this time to produce a travelogue of its most important waterway... As a primer on a complicated country by an interested outsider, it greatly succeeds. Most of the stops on Mr. Davis’s journey are accessible to a tourist, and thoughtful adventurers will want to replicate it... Compelling."
— Jennie Erin Smith, Wall Street Journal

"Illustrative... Davis's deep knowledge of and decades-long familiarity with Colombia notwithstanding, the freshest and most insightful sections occur when he is in the company of resident experts, and he is gracious enough to acknowledge that debt... Illuminating."
—The Times Literary Supplement

"Davis is a powerful, penetrating and immensely knowledgeable writer... Magdalena is a geography book about a river that is also a political history of Colombia, an admonition of ecological disaster, an impassioned defence of indigenous wisdom, and a memoir of the author’s various travels and friendships over the years... Evanescent... Magdalena is steeped in a physical sense of Colombia: the landscapes, the disreputable backstreets, the irrepressibly resilient people."
— Charles Nichols, The Guardian (UK)

"Magdalena is a revelatory and often enchanting book."
—The Economist

"Magnificent... If the Magdalena made Colombia possible, Colombia may just be what made Wade Davis—this generation’s most extraordinary anthropologist—possible... Vivid... For all the beauty and overwhelming profusion rendered in the soaring prose of Wade Davis’s book, readers are not spared Colombia’s dark side.. And yet, somehow Davis emerges from his unflinching examinations infused with an authentic hope for the future now open to Colombia."
—Sarah Chayes, Book Post

"Davis has produced a book as welcome as it is timely... His confidence with both his place in Colombia and the language... means he is able to almost remove himself from the text and allow the river to take its proper place at the center of the book...  As a warning, Magdalena calls for a vital exorcism. As a read, it is a pleasure."
— Travel Writing World

"I have just finished reading the book Magdalena by anthropologist and compatriot Wade Davis. All Colombians must read it. To revive the river would be a grand national project."
—Juan Manuel Santos, former President of Colombia and recipient of the 2016 Nobel Peace Prize

"An epic journey... The book is a rallying cry to save the Magdalena from the destructive effects of industrialisation but it also aims to reset our impressions of the country as a whole."
— Jenny Coad, The Times (UK)

"As Colombia comes out of 50 years of civil war and into a still precarious peace, with some 220,000 dead, this timely book explores one of the few dividends to emerge from such a terrible conflict... Wade Davis is well placed to write what he describes as a love letter to Colombia... This book is the culmination of a lifetime's work in the country and is suffused with a love and knowledge that only such long acquaintance can bring."
—The Spectator (UK)

"In the mid-2010s, as Colombia’s nightmare of violence approached an end, the Canadian-born anthropologist, botanist and travel writer [Wade] Davis returned to the river that first enchanted him as a young nomad. The fruit of five years’ research, Magdalena: River of Dreams traces its course, maps its ecosystems, portrays its peoples and sketches its histories... As Davis notes, “within the country”, the allegedly magical realities of Colombian storytelling look like “simply journalism”... Davis suffuses his reportage with a visionary tinge. But his subject more than warrants it."
—Boyd Tonkin, Financial Times

"[A] deeply inquisitive, dazzlingly fluent scientific, cultural, and spiritual investigation... This far-reaching, centuries-encompassing river biography is shaped by Davis' love for Colombia... Always with a discerning eye to the symbolic and metaphorical, Davis tells the river’s saga of fecundity and horror through the lives of remarkable individuals past and present... Throughout Davis emphasizes Colombia's many Indigenous peoples and their abiding belief that protecting the river is a sacred duty. The story of Magdalena...  is that of an epic struggle between the sacred and the profane, between worship and preservation and reckless exploitation and wanton abuse."
—Donna Seaman, Booklist

"This shimmering portrait of the Río Magdalena, evoking its moods and depths, ultimately reveals the complicated nation those waters sustain and reflect. Never wincing from dark histories, yet never abandoning hope, Wade Davis shows us why Colombia stole his heart as a young traveler and holds it still."
—Kate Harris, author of Lands of Lost Borders

“After all our agonies, Wade Davis, through the evocative power of his writing, and the clarity of his understanding, gives us all reason to once again love Colombia. That is the wonder of his book, which in many ways reads as a love letter to a nation.”
—Hector Abad, author of Oblivion

"Few people can interpret Colombia, this most complicated of countries, as Wade Davis does; fewer people still can write about it with such empathy, knowledge and grace. Magdalena is the ultimate proof that Colombia’s present and past are inextricably linked to the larger fate of the American continent. To say that the book deserves to be read is perhaps inaccurate; I’d rather say that anyone who wishes to understand this mysterious corner of the world deserves Magdalena. It is a capacious, generous and illuminating book."
—Juan Gabriel Vásquez, author of The Sound of Things Falling

"Davis is a natural, engaging storyteller... the book is also an affecting account of on-the-ground exploration. The author skillfully weaves in accounts by academics, who have studied the vicissitudes of the river, and by the people who have lived and toiled along its shores... This remarkable river has endured eras of massive extermination, erosion, damming, and pollution, but it has emerged renewed thanks to a people's spirit and resilience. An elegant narrative masterfully combining fine reporting and a moving personal journey."
–Kirkus Reviews, starred

"Ardent... Davis stocks his lively narrative with piquant characters, dramatic historical set pieces, and lyrical nature writing... The result is a rich, fascinating study of how nature and a people shape each other."
–Publishers Weekly, starred
Read More 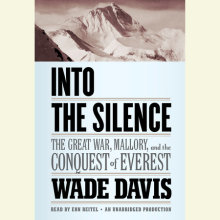