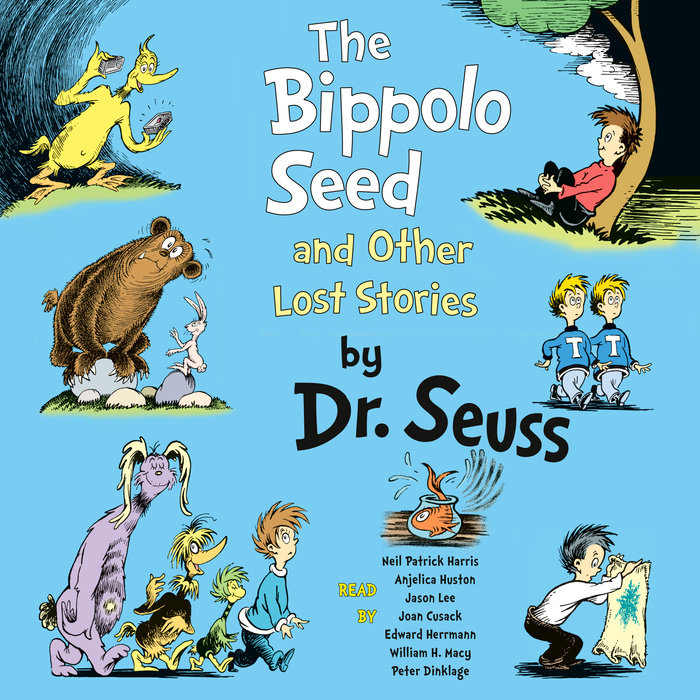 It's the literary equivalent of buried treasure! The audiobook edition features a cast of celebrity narrators who bring these stories to life. Readers include:

Seuss scholar/collector Charles D. Cohen has hunted down seven rarely seen stories by Dr. Seuss. Originally published in magazines between 1950 and 1951, they include "The Bear, the Rabbit, and the Zinniga-Zanniga " (about a rabbit who is saved from a bear with a single eyelash!); "Gustav the Goldfish" (an early, rhymed version of the Beginner Book A Fish Out of Water);  "Tadd and Todd" (a tale passed down via photocopy to generations of twins); "Steak for Supper" (about fantastic creatures who follow a boy home in anticipation of a steak dinner); "The Bippolo Seed" (in which a scheming feline leads an innocent duck to make a bad decision); "The Strange Shirt Spot" (the inspiration for the bathtub-ring scene in The Cat in the Hat Comes Back); and "The Great Henry McBride" (about a boy whose far-flung career fantasies are only bested by those of the real Dr. Seuss himself).

In an introduction to the collection, Cohen explains the significance these seven stories have, not only as lost treasures, but as transitional stories in Dr. Seuss's career.  With a color palette that has been enhanced beyond the limitations of the original magazines in which they appeared, this is a collection of stories that no Seuss fan (whether scholar or second-grader) will want to miss!

Read More
Starred Review, Publishers Weekly, August 19, 2011:
"The stories' rhymed couplets are pitch-perfect, the verse's rhythm as snappy as in any of Seuss's better-known works...[F]ans old and young will deem these 'lost' stories a tremendous find."

Starred Review, Kirkus Reviews, September 1, 2011:
"The buffed-up illustrations look brand new, and...the writing is as fresh, silly and exhilarating as it must have been when first seen. The good Doctor may be dead these 20 years, but he’s still good for splendid surprises."

San Francisco Chronicle, October 30, 2011
"...A treasure trove from one of the greats of children's literature...an unexpected treat...  The collection sings with Geisel's trademark rhyme, rhythm, wordplay and serious silly streak.  A must-have addition to your Seuss collection."

BoingBoing.net, October 27, 2011
"...A new Seuss collection is reason to celebrate...and Bippolo Seed is more than a curiosity or a completist's collection of offcuts -- much of the material in this book stands with Seuss's best-loved work.  The illustrations are classic Seuss and full of wit and irreverence…"

The Atlantic, September 27, 2011
"...A fantastic new collection...More than just a literary gem, which it certainly is…"

The Baltimore Examiner, September 28, 2011
"Truly a great piece of treasure for your family's library!"

USA Today, October 5, 2011
"Did you know a bunch of 'lost' Dr. Seuss stories were unearthed recently?...As one would expect with Seuss, they're incredibly clever."

Wired.com, September 28, 2011
"The stories are pure Seuss — you cannot mistake the artwork or the made up words...my son...enjoyed them for what they are— little stories that teach some sort of lesson."

The Mac Observer, October 18, 2011
"If you or someone you know, whether large or small, is a Seuss fan, go get a copy of The Bippolo Seed and Other Lost Stories...it’s excellent stuff."

Cracking the Cover (blog), October 13, 2011
"Books by Dr. Seuss are classic...passed on from generation to generation… When he died in 1991…no one expected to see new work from him again… Each of these tales is a rhythmical delight with the tongue-twisting text we’ve come to expect from Dr. Seuss. The illustrations are wacky, playful and colorful...and each of these tales is sure to spark imagination."

Readings.com, September 26, 2011
"...Clever, witty and engaging, with pitch-perfect rhyming couplets and his distinctive illustrations…they will provide...readers with the sheer delight of enjoying more Seuss-isms."

Apptudes.com, October 5, 2011
"Little imaginations will be delighted with more nonsensical Seussish characters to love and entertaining stories with which to sharpen their reading skills…Each story is chock full of Dr Seuss genius and inventive use of words…"

Giggleapps.com, October 17, 2011
"A wonderful anthology of stories…, each full of the wondrous Dr. Seuss style of imaginative...characters, beautifully odd illustrations, and fantastical rhyming prose… They are important works of early Dr. Seuss."

BestAppsforKids.com, October 19, 2011
"Fans of Dr. Seuss will especially love this addition to the collection...and [it] will surely become a bedtime favorite…Dr. Seuss is always great and these "lost stories" are bound to delight."

Digital-Storytime.com, September 27, 2011
"…A wonderful collection of seven stories… They are exceptional and will enchant both young readers and older ones alike… the illustrations are also exceptional, capturing the familiar whimsy of Seuss…"

Excelsiorfile, October 11, 2011
"A collection of tales featuring…that cadence…that is as distinctly Seuss as iambic pantamenter is to Shakespeare.  To read the book…it is almost impossible to not begin by reading aloud…and to do so…reveals some interesting information about…the development of that cadence we know by heart and memory...  And for those older Seuss fans its an even better reminder of what can and should be expected in terms of books for young readers."

Hooray for Books! Indepedent Bookstore, October 14, 2011
"Fans of Seuss will know to expect outlandish creatures, exuberant rhyme, funny adventures, and even a little food for thought. You’ll find all that and more in 'Bippolo Seed.'  This book is a fantastic find for Seuss fans of all ages...!"

Barnes and Noble, September 2011
"Children, their parents, and their grandparents will all treasure this singular batch of rarely seen…stories…these tales exude the sprightliness that we have all come to associate with the…master."

Lunch.com, September 30, 2011
"I tip my hat to Dr. Cohen for his love of Dr. Seuss' vision and the work that went into tracking down these tales. If not for him, future generations might never have been able to experience this amazing collection."
Read More

Listen Across America with Dr. Seuss 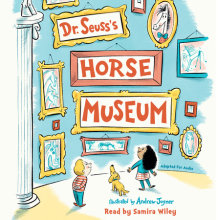 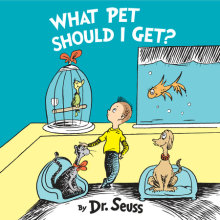 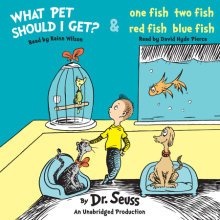 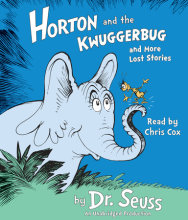