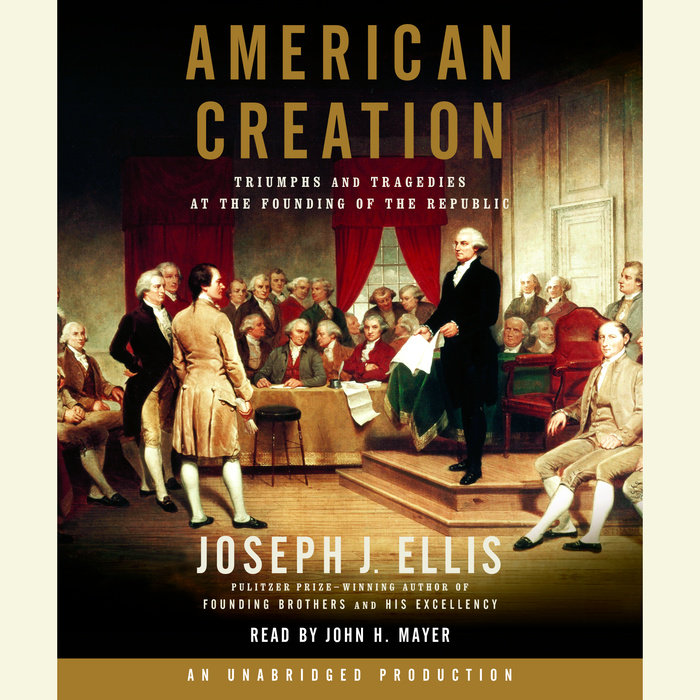 From the first shots fired at Lexington to the signing of the Declaration of Independence to the negotiations for the Louisiana Purchase, Joseph J. Ellis guides us through the decisive issues of the nation’s founding, and illuminates the emerging philosophies, shifting alliances, and personal and political foibles of our now iconic leaders–Washington, Jefferson, Madison, Hamilton, and Adams. He casts an incisive eye on the founders’ achievements, arguing that the American Revolution was, paradoxically, an evolution–and that part of what made it so extraordinary was the gradual pace at which it occurred. He explains how the idea of a strong federal government was eventually embraced by the American people, and details the emergence of the two-party system, which stands as the founders’ most enduring legacy.

Ellis is equally incisive about their failures, and he makes clear how their inability to abolish slavery and to reach a just settlement with the Native Americans has played an equally important role in shaping our national character. With eloquence and insight, Ellis strips the mythic veneer of the revolutionary generation to reveal men both human and inspired, possessed of both brilliance and blindness. American Creation is an audiobook that delineates an era of flawed greatness, at a time when understanding our origins is more important than ever.
Read More
"Illuminating . . . Compelling . . . It is Mr. Ellis's achievement that he once again leaves us with a keen appreciation of the good fortune America had in having the right men in the right places at the right times."--Michiko Kakutani, The New York Times

"Ellis is a storyteller, and a superb one too. He employs the same narrative technique he developed most successfully in Founding Brothers. Throughout there is the same captivating colloquial style for which he is famous, and the same clarity of exposition."
--Gordon S. Wood, New York Review of Books

"He writes history as it should be: as a page-turner."
--Library Journal

5 Audiobooks on the American Revolution