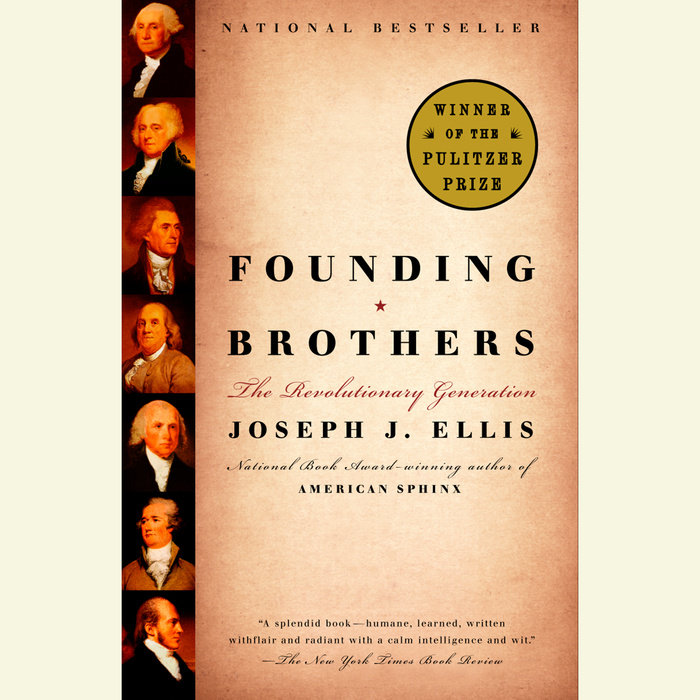 During the 1790s, which Ellis calls the most decisive decade in our nation's history, the greatest statesmen of their generation--and perhaps any--came together to define the new republic and direct its course for the coming centuries. Ellis focuses on six discrete moments that exemplify the most crucial issues facing the fragile new nation: Burr and Hamilton's deadly duel, and what may have really happened; Hamilton, Jefferson, and Madison's secret dinner, during which the seat of the permanent capital was determined in exchange for passage of Hamilton's financial plan; Franklin's petition to end the "peculiar institution" of slavery--his last public act--and Madison's efforts to quash it; Washington's precedent-setting Farewell Address, announcing his retirement from public office and offering his country some final advice; Adams's difficult term as Washington's successor and his alleged scheme to pass the presidency on to his son; and finally, Adams and Jefferson's renewed correspondence at the end of their lives, in which they compared their different views of the Revolution and its legacy.

In a lively and engaging narrative, Ellis recounts the sometimes collaborative, sometimes archly antagonistic interactions between these men, and shows us the private characters behind the public personas: Adams, the ever-combative iconoclast, whose closest political collaborator was his wife, Abigail; Burr, crafty, smooth, and one of the most despised public figures of his time; Hamilton, whose audacious manner and deep economic savvy masked his humble origins; Jefferson, renowned for his eloquence, but so reclusive and taciturn that he rarely spoke more than a few sentences in public; Madison, small, sickly, and paralyzingly shy, yet one of the most effective debaters of his generation; and the stiffly formal Washington, the ultimate realist, larger-than-life, and America's only truly indispensable figure.

Ellis argues that the checks and balances that permitted the infant American republic to endure were not primarily legal, constitutional, or institutional, but intensely personal, rooted in the dynamic interaction of leaders with quite different visions and values. Revisiting the old-fashioned idea that character matters, Founding Brothers informs our understanding of American politics--then and now--and gives us a new perspective on the unpredictable forces that shape history.
Read More
“Founding Brothers is a wonderful book, one of the best ... on the Founders ever written.... Ellis has established himself as the Founders’ historian for our time.” —Gordon S. Wood, The New York Review of Books

“Vivid and unforgettable ... [an] enduring achievement.” —The Boston Globe

“A splendid book—humane, learned, written with flair and radiant with a calm intelligence and wit.” —The New York Times Book Review

“Lively and illuminating ... leaves the reader with a visceral sense of a formative era in American life.” —The New York Times

“Masterful.... Fascinating.... Ellis is an elegant stylist.... [He] captures the passion the founders brought to the revolutionary project... [A] very fine book.” —Chicago Tribune

“Lucid.... Ellis has such command of the subject matter that it feels fresh, particularly as he segues from psychological to political, even to physical analysis.... Ellis’s storytelling helps us more fully hear the Brothers’ voices.” —Business Week

“Splendid.... Revealing.... An extraordinary book. Its insightful conclusions rest on extensive research, and its author’s writing is vigorous and lucid.” —St. Louis Post-Dispatch

5 Audiobooks on the American Revolution