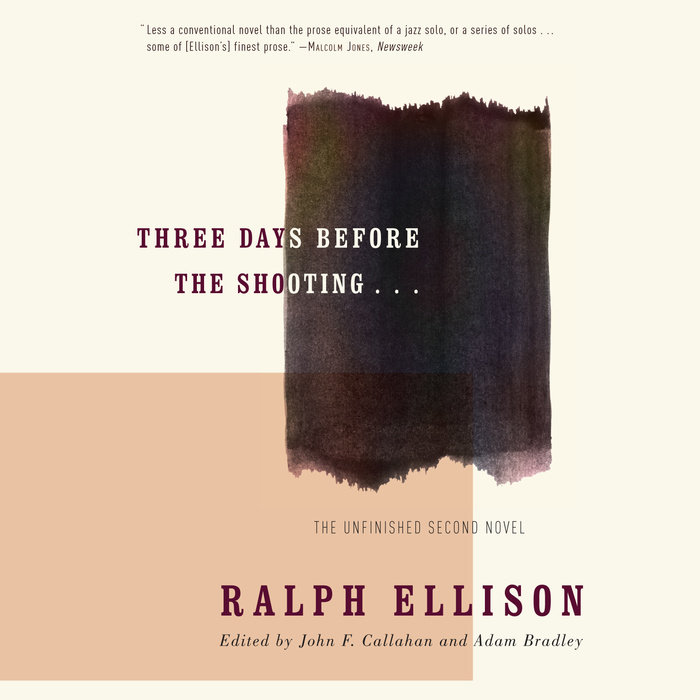 At his death in 1994, Ralph Ellison left behind roughly two thousand pages of his unfinished second novel, which he had spent nearly four decades writing. Long awaited, it was to have been the work Ellison intended to follow his masterpiece, Invisible Man. Five years later, Random House published Juneteenth, drawn from the central narrative of Ellison’s unfinished epic.

Three Days Before the Shooting . . . gathers together in one volume, for the first time, all the parts of that planned opus, including three major sequences never before published. Set in the frame of a deathbed vigil, the story is a gripping multigenerational saga centered on the assassination of the controversial, race-baiting U.S. senator Adam Sunraider, who’s being tended to by “Daddy” Hickman, the elderly black jazz musician turned preacher who raised the orphan Sunraider as a light-skinned black in rural Georgia. Presented in their unexpurgated, provisional state, the narrative sequences form a deeply poetic, moving, and profoundly entertaining book, brimming with humor and tension, composed in Ellison’s magical jazz-inspired prose style and marked by his incomparable ear for vernacular speech.

Beyond its richly compelling narratives, Three Days Before the Shooting . . . is perhaps most notable for its extraordinary insight into the creative process of one of this country’s greatest writers. In various stages of composition and revision, its typescripts and computer files testify to Ellison’s achievement and struggle with his material from the mid-1950s until his death forty years later. Three Days Before the Shooting . . . is an essential, fascinating piece of Ralph Ellison’s legacy, and its publication is to be welcomed as a major event for American arts and letters.
Read More
“Less a conventional novel than the prose equivalent of a jazz solo, or a series of solos . . . some of [Ellison’s] finest prose.”—Malcolm Jones, Newsweek

“Stirring . . . a deeply complex, even epic, story . . . rendered as majestically as you would expect from Ellison.”—Associated Press

“[This book is] more than a novel. It’s a literary experience.”—Ebony
Read More