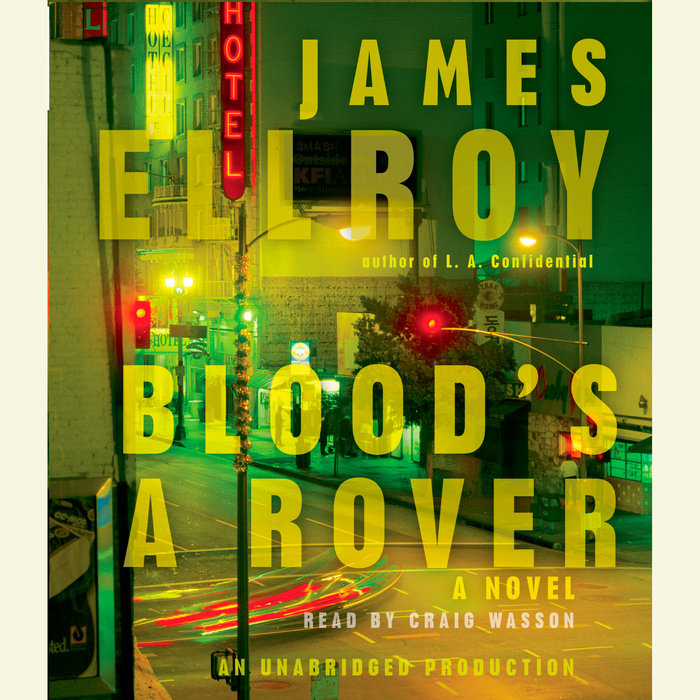 Written by: James Ellroy
Read by: Craig Wasson
26 Hours and 16 Minutes Imprint: Random House Audio Genre: Fiction - Mystery & Detective - Hard-Boiled Release Date: September 22, 2009
Summer, 1968. Martin Luther King and Robert Kennedy are dead. The assassination conspiracies have begun to unravel. A dirty-tricks squad is getting ready to deploy at the Democratic Convention in Chicago. Black militants are warring in southside L.A. The Feds are concocting draconian countermeasures. And fate has placed three men at the vortex of History.

Dwight Holly is J. Edgar Hoover’s pet strong-arm goon, implementing Hoover’s racist designs and obsessed with a leftist shadow figure named Joan Rosen Klein. Wayne Tedrow—ex-cop and heroin runner—is building a mob gambling mecca in the Dominican Republic and quickly becoming radicalized. Don Crutchfield is a window-peeping kid private-eye within tantalizing reach of right-wing assassins, left-wing revolutionaries and the powermongers of an incendiary era. Their lives collide in pursuit of the Red Goddess Joan—and each of them will pay “a dear and savage price to live History.”

Political noir as only James Ellroy can write it—our recent past razed and fully reconstructed—Blood’s A Rover is a novel of astonishing depth and scope, a massive tale of corruption and retribution, of ideals at war and the extremity of love. It is the largest and greatest work of fiction from an American master.
Read More
“Jaw-dropping . . . A remarkable literary achievement.”
—Associated Press

“Readers who love their noir blood-red will be giddy over Blood’s A Rover, the bang-up conclusion to James Ellroy’s Underworld USA trilogy . . . Ellroy’s prose is spare and riveting [and] his plot is hardball start to finish.”
—USA Today

“No living crime writer so unflinchingly chronicles the darkest aspects of American history . . . In Blood’s A Rover, Ellroy reveals his keen eye for the shapes that lurk within shadows—to the best effect of his career . . . It achieves a greater depth, emotional resonance and sense of closure than his earlier books. This trilogy is a work of ambition unmatched among contemporary crime novelists.”
—The Economist (UK)

“So absorbing and satisfying that it’s exhausting . . . Every page has at least one passage that’s so snappy you want to reply it like a song.”
—Seattle Times

“Revelatory . . . Twenty years ago American crime fiction seemed to have a power and a potential mainstream fiction had lost . . . With Blood’s A Rover Ellroy has finally delivered on that potential . . . [A] masterpiece.”
— Independent (UK)

“Brilliant . . . There are no soft edges to this novel.”
—Minneapolis Star-Tribune

“Ellroy employs a huge cast and hyper-pulp prose to create a convincingly horrific universe run by the F.B.I., the Mob, and a host of other sinister organizations.”
—The New Yorker

“Blood’s A Rover concludes an epic fictional project that has been wild and brilliant, dazzling and funny . . . The plotting [is] fiendish and intricate.”
—Los Angeles Times

“Drop-dead great . . . Ellroy does not disappoint here . . . He has built both a myth and a monument. It’ll blow your mind.”
—Austin American-Statesman

“[This] amounts to the hit-man theory of history . . . It’s an outrageous, exhilarating, unpretty sight, and it’s ingeniously plausible.”
—Boston Globe

“Blood’s A Rover is James Ellroy at his most devilish, hip, rambunctious and  thrilling. This is sizzling hyper noir, a stylish tour de force that will enrapture Ellroy fans and create new ones. Fasten your seatbelts before reading."
—Joseph Wambaugh

“Another cocktail of speculative pop-pulp fiction, conspiracy-theorist wet dreams and a beguiling alternative history. Fans will be pleased as rum punch.”
—Time Out New York

“Revisionist history that roars off the page, Blood’s A Rover is fevered pulp fiction spiked with real nightmares . . . The principal protagonists are spectacular, vivid creations that burst to life . . . History is refracted and reflected through Ellroy’s peerless paragraphs, lending a fresh urgency and a thrilling sense of rediscovery to events thoroughly analyzed. Blood’s A Rover commands your attention from the first page . . . American fiction writing at its finest—a dexterous, astounding achievement.”
—Fort Worth Star-Telegram

“A crushing bravura performance . . . It’s impossible not to read Blood’s A Rover with a sense of awe . . . Stunning.”
–Publishers Weekly (starred)

“Ellroy calls this third leg of ‘The Underworld USA Trilogy’ an historical romance, but it’s also very much a gangster novel, a political novel, a tragic-comedy, a poignant love story–and remarkably entertaining no matter how you slice it . . . You won’t easily put it down.”
–Kirkus Reviews (starred)
Read More 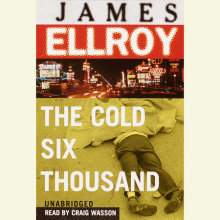