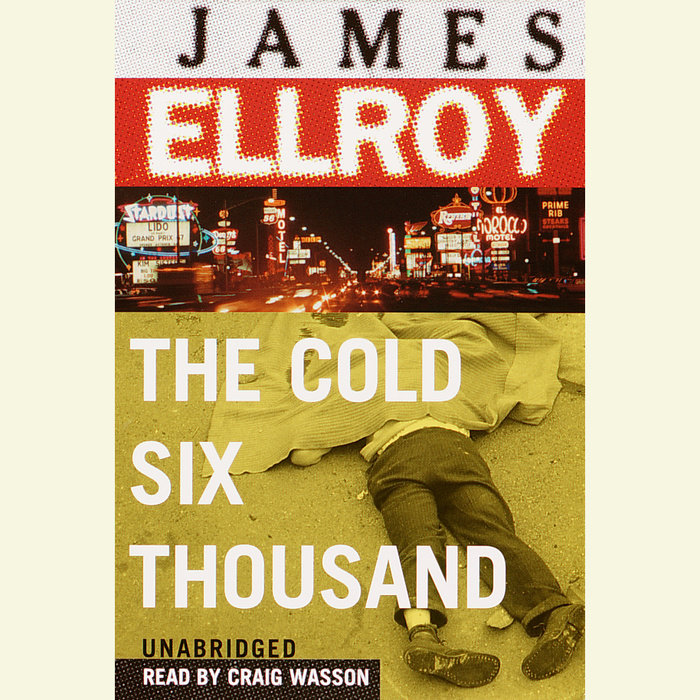 Written by: James Ellroy
Read by: Craig Wasson
24 Hours and 18 Minutes Imprint: Random House Audio Genre: Fiction - Literary Release Date: May 08, 2001
The Black Dahlia, The Big Nowhere, L.A. Confidential, White Jazz, American Tabloid... James Ellroy's high-velocity, best-selling novels have redefined noir for our age, propelling us within inches of the dark realities of America's recent history. Now, in The Cold Six Thousand, his most ambitious and explosive novel yet, he puts the whole of the 1960s under his blistering lens. The result is a work of fierce, epic fiction, a speedball through our most tumultuous time.
It begins in Dallas. November 22, 1963. The heart of the American Dream detonated.

Wayne Tedrow Jr., a young Vegas cop, arrives with a loathsome job to do. He's got $6,000 in cash and no idea that he is about to plunge into the cover-up conspiracy already brewing around Kennedy's assassination, no idea that this will mark the beginning of a hellish five-year ride through the private underbelly of public policy.

Ellroy's furiously paced narrative tracks Tedrow's ride: Dallas back to Vegas, with the Mob and Howard Hughes, south with the Klan and J. Edgar Hoover, shipping out to Vietnam and returning home, the bearer of white powder, plotting new deaths as 1968 approaches ...
Tedrow stands witness, as the icons of an iconic era mingle with cops, killers, hoods, and provocateurs. His story is ground zero in Ellroy's stunning vision: historical confluence as American Nightmare.

The Cold Six Thousand is a masterpiece.
Read More
“Ellroy rips into American culture like a chainsaw in an abbatoir. . . . Pick it up if you dare; put it down if you can.” –Time

“A wild ride. . . . An American political underbelly teeming with conspiracy and crime. . . . So hard-boiled you could chip a tooth on it.” –The New York Times Book Review

“A ripping read....the book is pure testosterone.” –The Plain Dealer 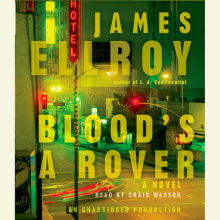