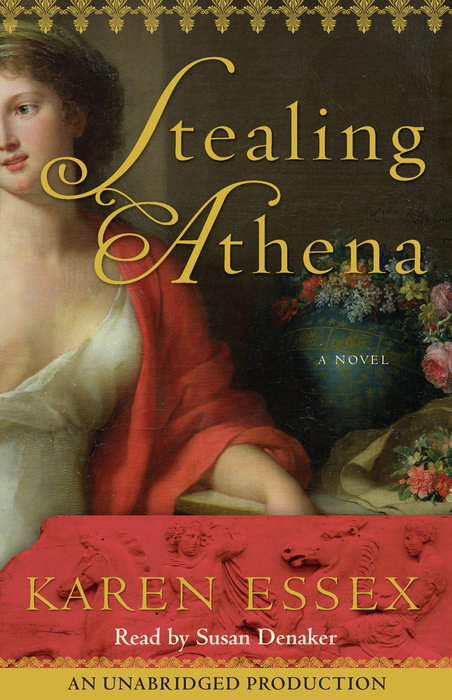 The Elgin Marbles have been displayed in the British Museum for nearly two hundred years, and for just as long they have been the center of a raging controversy. In Stealing Athena, Karen Essex chronicles the Marbles’ amazing journey through the dynamic narratives of Mary Nisbet, wife of the Earl of Elgin, the British ambassador to Constantinople, and Aspasia, the mistress of Perikles, the most powerful man in Athens during that city’s Golden Age.
At the height of the Napoleonic Wars, the twenty-one-year-old, newly wed Countess of Elgin, a Scottish heiress and celebrated beauty, enchanted the power brokers of the Ottoman Empire, using her charms to obtain their permission for her husband’s audacious plan to deconstruct the Parthenon and bring its magnificent sculptures to England. Two millennia earlier, Aspasia, a female philosopher and courtesan, and a central figure in Athenian life, plied her wits, allure, and influence with equal determination, standing with Perikles at the center of vehement opposition to his vision of building the most exquisite monuments the world had ever seen.
Rich in romance and intrigue, greed and glory, Stealing Athena is an enthralling work of historical fiction and a window into the intimate lives of some of history’s most influential and fascinating women.
Read More
“Historical fiction at its finest."
—St. Petersburg Times

"A great adventure story. . . . Essex delves deeply into the lives and times of her characters in settings as diverse as ancient Greece and 18th-century Constantinople, France and Great Britain, and her women characters are spirited and memorable.”
—The Times-Picayune

"Stealing Athena expounds on the weight of the past, the power of art, and the strength of women who exercised free will even when they had the fewest rights…. Uniquely relevant."
—Los Angeles Times
Read More 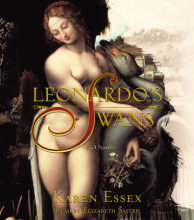