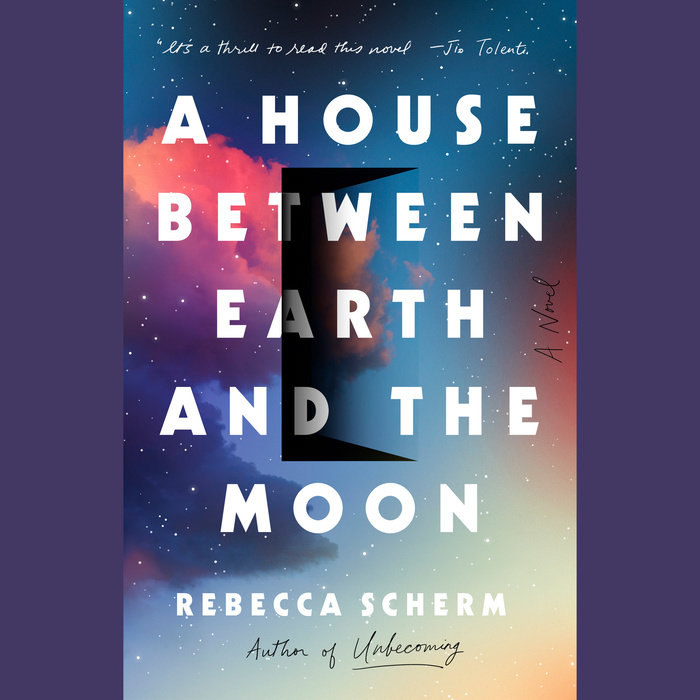 “Inventive and thrilling. . . . I couldn’t put it down.”
—Brit Bennett, #1 New York Times bestselling author of The Vanishing Half

The gripping story of one scientist in outer space, another who watches over him, the family left behind, and the lengths people will go to protect the people and planet they love

For twenty years, Alex has believed that his gene-edited super-algae will slow and even reverse the effects of climate change. His obsession with his research has jeopardized his marriage, his relationships with his kids, and his own professional future. When the Son sisters, founders of the colossal tech company Sensus, offer him a chance to complete his research, he seizes the opportunity. The catch? His lab will be in outer space on Parallaxis, the first-ever luxury residential space station built for billionaires. Alex and six other scientists leave Earth and their loved ones to become Pioneers, the beta tenants of Parallaxis.

But Parallaxis is not the space palace they were sold. Day and night, the embittered crew builds the facility under pressure from Sensus, motivated by the promise that their families will join them. At home on Earth, much of the country is ablaze in wildfires and battered by storms. In Michigan, Alex’s teenage daughter, Mary Agnes, struggles through high school with the help of the ubiquitous Sensus phones implanted in everyone’s ears, archiving each humiliation, and wishing she could go to Parallaxis with her father—but her mother will never allow it.

The Pioneers are the beta testers of another program, too: Sensus is designing an algorithm that will predict human behavior. Katherine Son hires Tess, a young social psychologist, to watch the experiment’s subjects through their phones—including not only the Pioneers, but Katherine’s sister, Rachel. Tess begins to develop an intimate, obsessive relationship with her subjects. When Tess and Rachel travel to Parallaxis, the controlled experiment begins to unravel.

Prescient and insightful, A House Between Earth and the Moon is at once a captivating epic about the machinations of big tech and a profoundly intimate meditation on the unmistakably human bonds that hold us together.
Read More
“Compulsively readable. . . . A House Between the Earth and the Moon is a thought-provoking and absorbing read. By deftly combining the subjects of big tech and climate change, Scherm has created a world that fully embodies the anxiety and indignity of our times.”
—Sandra Newman, The New York Times Book Review

“Part ensemble family drama, part coming-of-age story, part social novel, part cli-fi, [A House Between Earth and the Moon is] original and affecting not despite its overstuffed mélange of big ideas but because of how deftly Scherm weaves them together. . . . [The novel] primarily takes place in space, but it succeeds because of how richly Scherm depicts her characters’ interior lives. This is the kind of book that practically begs for a sequel, one that dangles some tantalizingly loose ends. This is a house with more rooms to explore.”
—Kate Knibbs, Wired

“Rebecca Scherm’s A House Between Earth and the Moon returns us to the cautionary mode of futuristic fiction, taking place largely in a billionaire-funded space station called Parallaxis. On Earth, global warming has brought about hurricanes, drought, food shortages, stinkbug infestations and deadly heat waves. A tech juggernaut called Sensus has exploited the insecurity, manufacturing phone chips that are implanted beneath the skin and can, of course, capture endless amounts of personal data. Sensus is the mover behind Parallaxis, into which they have sent a team of scientists who are tasked with both constructing living quarters and perfecting their research innovations to provide food, water and clean air. . . . I like the point that luxury space residences, portrayed in films in spotless modular fashion, will more likely be depressing and unhygienic cubes.”
—Sam Sacks, The Wall Street Journal

“This book had me sleepless and wild-eyed, obsessing over how I would live if I, like the characters in Scherm’s novel, lived on a climate change-ravaged earth, watching billionaires flee to their own private oasis in outer space. . . . Scherm’s book will embed in your brain like a futuristic smartphone, in part because she wisely sets it just a couple of years in the future. Her characters may have technology we don’t, but they share our collective sense of denial about the ramifications of climate devastation, and they share our hope.”
—Jenny Singer, Glamour

“Rebecca Scherm is a novelist gifted with both a visionary sense of invention and an unrelenting attention to fine-grained details. . . . Compellingly plotted and thoughtfully made, her novel speaks to what constrains each of us, as inhabitants and inheritors of this fraught world, as parents and caretakers, as people caught between good intentions and bad options. How we might move beyond those limits is the essential question at the heart of this eerie, deeply affecting book.”
—Los Angeles Review of Books

“This dystopian novel will carry you far away, no matter where you are.”
—Good Housekeeping’s “20 New Books to Add to Your Summer 2022 Reading List”

“Part sci-fi, part dreamy drama, The House Between Earth and the Moon follows the residents of Parallaxis (a luxury space station developed by tech giant Sensus) as they try to build a home for billionaires to escape Earth's increasing inhospitality. Meanwhile, the people they leave back home—particularly the family of Alex, a researcher seeking to create a carbon-guzzling algae—are struggling with both their present and futures.”
—Marie Claire, “The Most Eagerly Anticipated Fiction by Women in 2022”

“[A House Between Earth and the Moon] repeatedly engages with competing ideas about the most effective way to make the world a better place. . . . Scherm’s characters seem unsatisfied with the ways they themselves answer such questions, an interpretive ambiguity that is one of the book’s strengths. . . . A House Between Earth and the Moon does not offer prescriptive answers to the various problems it identifies, leaving the reader room to consider their own views. In doing so, the reader may learn something about themselves. In the end, what more can one ask of a book?”
—Eric P.S. Baumer, Science Magazine

“A surprisingly timely work of science fiction, Rebecca Scherm’s A House Between Earth and the Moon follows Alex, a climate scientist, as he leaves the burning Earth behind for Parallaxis — a luxury space station owned by a tech titan, which has agreed to bankroll his latest research. Moving between Alex, his teen daughter living back on Earth, and the psychologist tasked with observing Alex and the other Parallaxis Pioneers, Scherm’s novel explores humanity’s fraught relationship with technology and innovation.”
—Bustle, “The Most Anticipated Books of March 2022”

“Inventive and thrilling, A House Between Earth and the Moon dives into the near-future climate apocalypse with eerie prescience, startling humor, and, somehow, hope. I couldn’t put it down.”
—Brit Bennett, #1 New York Times bestselling author of The Vanishing Half

"Rebecca Scherm is a treasure of a novelist: searching, inventive, her scope both everyday and expansive, her work marked by a tender but merciless psychological acuity. In A House Between Earth and the Moon, she has the near future—or the present—of perpetual emergency firmly within her grasp. It’s a thrill to read this novel, which punctures, urgently and humanely, the technocrat fantasy that space might save us; it brilliantly vivifies the terrors of love and surveillance and ambition, the dream and impossibility of escape."
—Jia Tolentino, New York Times bestselling author of Trick Mirror

“A House Between Earth and the Moon is a compelling, urgent book. I couldn't put it down. Rebecca Scherm brilliantly, and with such heart and tenderness, imagines a frightening future for our planet and our flawed, complicated species, and the worlds she imagines are so vivid, and feel so real I wondered if she owns a crystal ball. I loved these characters and their struggles and desires, and I rooted for them, and worried about them, and I can’t stop thinking about them. This is a remarkable novel.”
—Edan Lepucki, New York Times bestselling author of California

“If you read just one novel about future billionaires funding scientists to try to save a select few from global warming by making it possible to live in outer space, definitely let it be A House Between Earth and the Moon.”
—Glamour, “The Best Books of 2022 to Add to Your Reading List”

“I loved A House Between Earth and the Moon—a smart, propulsive, sharply observed psychological novel set in a convincingly detailed near future, as well as an insightful examination of how rapid advances in communication technology can inadvertently render us indecipherable to each other.”
—Dexter Palmer, author of Version Control

“Addictive. . . . Fast-paced. . . . Scherm's character-driven sf story centers on individuals working against the clock to find a solution to climate change. . . . Scherm beautifully captures emotion in her writing as she shows how important connection is to our shared humanity.”
—Booklist

“A high-concept domestic novel that merges science fiction and eco-fiction tropes. . . . Scherm [gives] the climate change novel a wider yet still realistic scope and . . . nuanced characters in Alex and Mary Agnes, who are both eager to do the right thing but undone by humanity, its fickle nature, and its allegedly liberating but often self-imprisoning technologies.”
—Kirkus Reviews
Read More 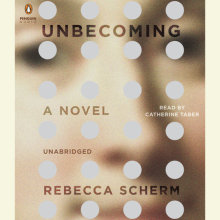 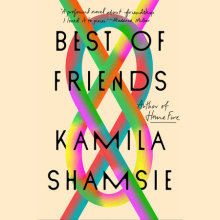 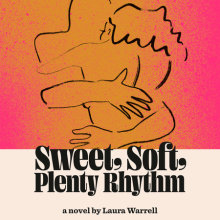