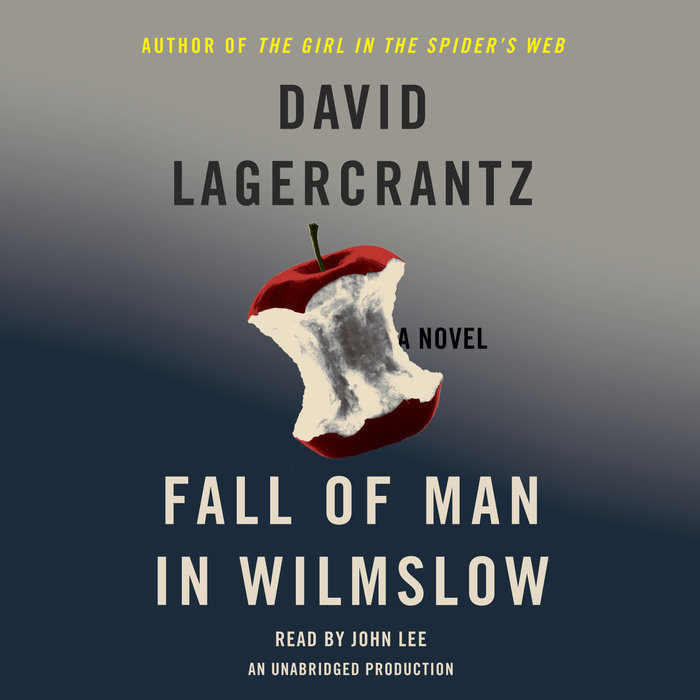 From the author of the #1 best seller The Girl in the Spider’s Web—an electrifying thriller that begins with Alan Turing’s suicide and plunges into a post-war Britain of immeasurable repression, conformity and fear

June 8, 1954. Several English nationals have defected to the USSR, while a witch hunt for homosexuals rages across Britain. In these circumstances, no one is surprised when a mathematician by the name of Alan Turing is found dead in his home in the sleepy suburb of Wilmslow. It is widely assumed that he has committed suicide, unable to cope with the humiliation of a criminal conviction for gross indecency. But a young detective constable, Leonard Corell, who once dreamed of a career in higher mathematics, suspects greater forces are involved.

In the face of opposition from his superiors, he begins to assemble the pieces of a puzzle that lead him to one of the most closely guarded secrets of the war: the Bletchley Park operation to crack the Nazis’ Enigma encryption code. Stumbling across evidence of Turing’s genius, and sensing an escape from a narrow life, Corell begins to dig deeper. But in the paranoid, febrile atmosphere of the Cold War, loose cannons cannot be tolerated and Corell soon realizes he has much to learn about the dangers of forbidden knowledge.

He is also about to be rocked by two startling developments in his own life, one of which will find him targeted as a threat to national security.
Read More
“Absorbing. . . . Gets the synapses sparking.” —The Sunday Telegraph (London)

“Illuminating . . . a rewarding book to read.” –The Washington Times

“Lagercrantz has the lingo, the mood and the place down pat.” –The Globe and Mail (Toronto)

“Winning. . . . A police procedural in which a dogged copper tries to crack a mystery in the teeth of bloody-minded intransigence.” –The Independent (London)

“Lagercrantz (The Girl in the Spider's Web) proves that he can succeed with wholly original work in this multifaceted look at the death of British mathematician Alan Turing in 1954. . . . Memorable prose . . . enhances the complex plot.” –Publishers Weekly

“Turing's life and death have become popular subjects, but this novel by a well-known Swedish writer offers an interesting and fresh angle. . . . A persuasive evocation of Turing's genius and of a Britain still suffering under rationing and repression.” –The Daily Mail (London)

“Lagercrantz neatly intertwines the facts of Turing's life with the fiction of Corell's quest for knowledge to create an unsettling story of state secrets and sexual hypocrisy.” –The Sunday Times (London)

“[A] pensive meditation on the life and death of the mathematician Alan Turing . . . [and a] quietly suggestive depiction of how the investigation affects the investigator. . . . Full of psychological insight.” –Kirkus Reviews

“[Lagercrantz] has the faintest whiff of W.G. Sebald; haunted characters determined to pull others down into turbid, oppressive currents of memory and ideas. You are willingly drawn down with them.” –The Spectator (London)

“Lagercrantz’s fictional variations on this true story make it seem fresh and even more appalling.” –The Star (Toronto)
Read More