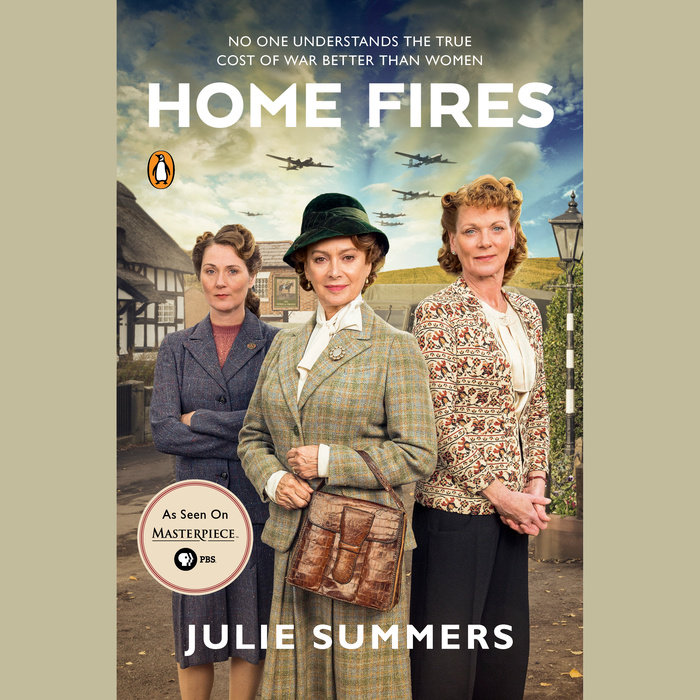 Away from the frontlines of World War II, in towns and villages across Great Britain, ordinary women were playing a vital role in their country’s war effort. As members of the Women’s Institute, an organization with a presence in a third of Britain’s villages, they ran canteens and knitted garments for troops, collected tons of rosehips and other herbs to replace medicines that couldn’t be imported, and advised the government on issues ranging from evacuee housing to children’s health to postwar reconstruction. But they are best known for making jam: from produce they grew on every available scrap of land, they produced twelve million pounds of jam and preserves to feed a hungry nation.

Home Fires, Julie Summers’s fascinating social history of the Women’s Institute during the war (when its members included the future Queen Elizabeth II along with her mother and grandmother), provides the remarkable and inspiring true story behind the upcoming PBS Masterpiece series that will be sure to delight fans of Call the Midwife and Foyle’s War. Through archival material and interviews with current and former Women’s Institute members, Home Fires gives us an intimate look at life on the home front during World War II.
Read More
“Millions of words have been written about the military and social history of both world wars, but Summers carves out a little area of her own by examining the vital work performed by the Women’s Institute who, through its meticulous organizational skills and national network, found its finest hour in the face of conflict.” —Daily Mail (London)

“That image of defiant jam making sums up the way many see the wartime contribution of the Woman's Institute.” – The Economist
Read More