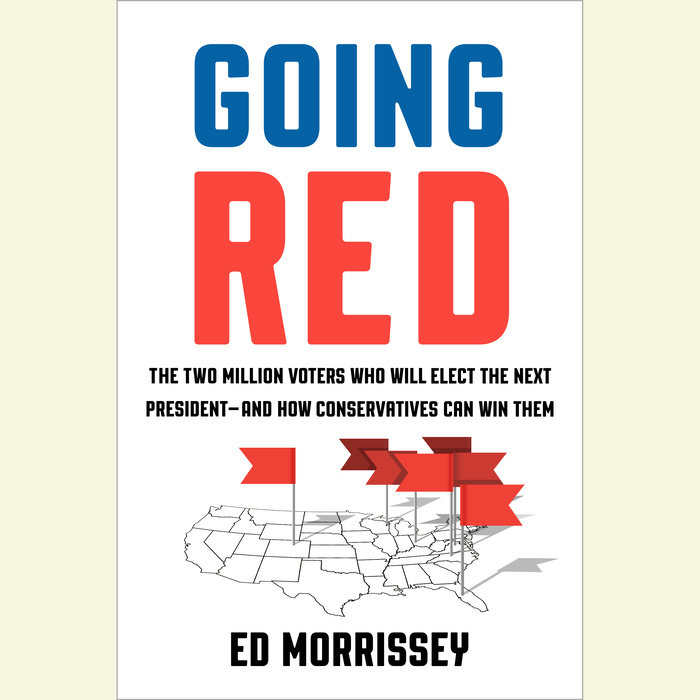 The answer, conservative columnist and analyst Ed Morrissey says, depends on seven battleground counties in swing states Republicans must win. Each county pulled for Obama in one or both of the last two elections, but after eight years of misadventures under the Obama administration, the door is open for Republicans to win them—and the presidency—once again, making a decisive mandate against progressivism for the generation to come.

In Going Red, Morrissey takes readers inside the battlegrounds that will decide the election, weaving together data and the stories of people and leaders in these communities to answer the most pressing questions facing conservatives in 2016:

- What went wrong in 2008 and 2012, and how can the party do better in 2016?
- Can Republicans take back crucial swing states like Florida, Ohio, and Virginia?
- Is a Hillary Clinton victory really inevitable?
- How can conservatives reverse their track record with minorities and young voters?

Providing an unparalleled look into the campaign and the thinking of experts from both parties, Going Red is a field guide for taking back the White House and an essential book for anyone who cares about the fate of the Right.
Read More
“This book will kick ass.”
—Rush Limbaugh

“Morrissey does what Beltway Republicans need to do to regain trust and votes in key electoral battlegrounds across America: He puts his ear to the rail and his boots on the ground. Based on extensive interviews with swing-state activists, elected officials, insiders, and outsiders, Going Red provides a road map for GOP engagement and an enlightening election-year read for citizens of any political affiliation.”
—Michelle Malkin, author of Culture of Corruption and Who Built That

“Going Red is an absolute game changer.  Sharp, succinct, and squarely in the fight—it is the definitive roadmap to success in 2016.   Ed Morrissey has done an absolutely brilliant job.”
— Brad Thor, #1 New York Times bestselling author of Code of Conduct

"Going Red is both well reported and cogently argued. And in it Ed Morrissey does a service to the country—because he lays out a convincing path to Republican victory in 2016."
—William Kristol, editor, The Weekly Standard

"Ed Morrissey is one of conservatism's most important voices, and his book Going Red is a must read for all those interested in taking the White House back from Democrats. Instead of churning out tired ideological checklists for the next GOP president to follow, Morrissey actually provides a strategic roadmap to insure that conservatives can get back to the White House. Going Red is an important read for conservatives and anyone else following the twists and turns of this year's tumultuous campaign."
-Joe Scarborough, co-host of MSNBC’s Morning Joe

“More than 300 million people live in over 3,000 thousand counties in the United States -- but Going Red makes the convincing case that it's just 2 million of those Americans in only 7 battleground counties that ultimately will decide who our next president will be. This is a solidly reported book, a road map with lessons that Republicans need to understand if they hope to win back the White House.  But this isn’t a book only for political junkies. If you care about this election, you need to read Going Red.”
—Bernard Goldberg, bestselling author of Bias and A Slobbering Love Affair
Read More