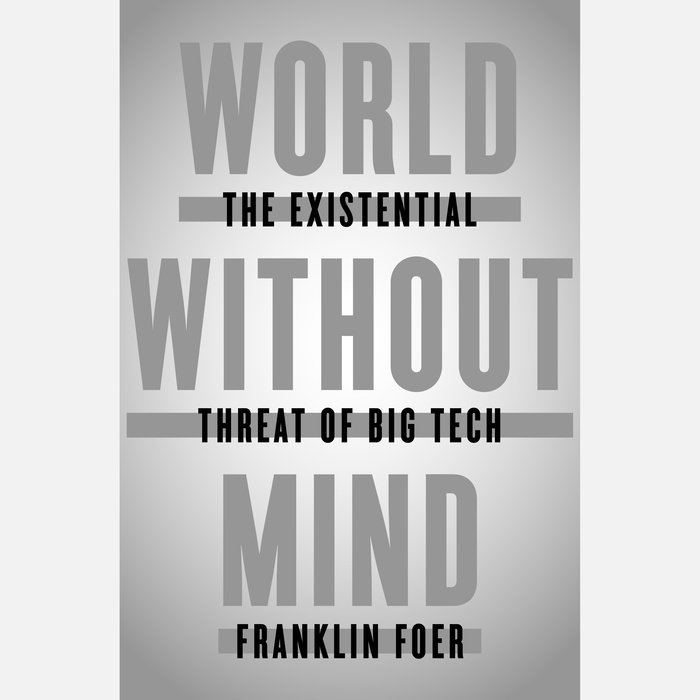 Franklin Foer reveals the existential threat posed by big tech, and in his brilliant polemic gives us the toolkit to fight their pervasive influence.

Over the past few decades there has been a revolution in terms of who controls knowledge and information. This rapid change has imperiled the way we think. Without pausing to consider the cost, the world has rushed to embrace the products and services of four titanic corporations. We shop with Amazon; socialize on Facebook; turn to Apple for entertainment; and rely on Google for information. These firms sell their efficiency and purport to make the world a better place, but what they have done instead is to enable an intoxicating level of daily convenience. As these companies have expanded, marketing themselves as champions of individuality and pluralism, their algorithms have pressed us into conformity and laid waste to privacy. They have produced an unstable and narrow culture of misinformation, and put us on a path to a world without private contemplation, autonomous thought, or solitary introspection—a world without mind. In order to restore our inner lives, we must avoid being coopted by these gigantic companies, and understand the ideas that underpin their success.

Elegantly tracing the intellectual history of computer science—from Descartes and the enlightenment to Alan Turing to Stewart Brand and the hippie origins of today's Silicon Valley—Foer exposes the dark underpinnings of our most idealistic dreams for technology. The corporate ambitions of Google, Facebook, Apple, and Amazon, he argues, are trampling longstanding liberal values, especially intellectual property and privacy. This is a nascent stage in the total automation and homogenization of social, political, and intellectual life. By reclaiming our private authority over how we intellectually engage with the world, we have the power to stem the tide.

At stake is nothing less than who we are, and what we will become. There have been monopolists in the past but today's corporate giants have far more nefarious aims. They’re monopolists who want access to every facet of our identities and influence over every corner of our decision-making. Until now few have grasped the sheer scale of the threat. Foer explains not just the looming existential crisis but the imperative of resistance.

Named one of the best books of the year by The New York Times • L.A. Times • NPR
Read More
“Important and incredibly informative (and entertaining) new book…I can’t recommend this enough…I want everyone to go out and get World Without Mind.” — Hugh Hewitt

"But Foer’s writing is deft enough to make this a polemic in the best sense of the word, which is to say a relentless intellectual argument, executed in the tradition of George Orwell and Christopher Hitchens, which often eschews nuance in favor of wit and aggression." – Washington Post

“Foer conjures concise, insightful psychological profiles of each mover-and-shaker, detailing how they've mixed utopianism and monopolism into an insidious whole. He also offers compelling mini-bios of everyone from Edward Bernays, Sigmund Freud's nephew and the father of modern propaganda, to Stewart Brand, publisher of The Whole Earth Catalog and a massive influence on Silicon Valley . . . . World Without Mind is a searing take, a polemic packed with urgency and desperation that, for all its erudition and eloquence, is not afraid to roll up its sleeves and make things personal.” – NPR.org

“Lucid and ambitious new book . . . Foer is smart and trenchant when he attacks.” – Globe and Mail

“World Without Mind is an argument in the spirit of those brave democracy protestors who stand alone before tanks. Franklin Foer asks us to unplug and think. He asks us to recognize and challenge Silicon Valley’s monopoly power. His book is a vital response to digital utopianism at a time when we desperately need new ethics for social media.”
—Steve Coll, Pulitzer Prize-winning author of Ghost Wars and Private Empire

“A provocative, enlightening, and above all, important book that is asking the most important question of our times. It is nothing less than an examination of the future of humanity and what we like to call ‘free will.’ It is also a good read—Foer writes with an engaging vibrancy that makes the book a page-turner.”
—Tim Wu, author of The Attention Merchants and The Master Switch

“As the dust settles from the great tech upheavals of the early 21st century, it turns out that the titans of Silicon Valley have not ushered us into a utopia of peace and freedom. Instead, as Foer so convincingly shows, by monopolizing the means of distribution, they have systematically demonetized and degraded the written word. World without Mind makes a passionate, deeply informed case for the need to take back culture—knowledge, information, ideas—from the Facebooks and Amazons. Its message could not be more timely.”
—William Deresiewicz, New York Times bestselling author of Excellent Sheep and A Jane Austen Education

“Franklin Foer’s World Without Mind is a fascinating biography of the biggest players in big tech—a handful of humans that, through their decisions, govern the lives of seven billion tech consumers. Foer shows that these decisions are robbing us of our humanity, our values, and our ability to grapple with complexity. World Without Mind is an important and urgent book that should be required reading for anyone who’s ever shopped on Amazon, swiped the screen on an Apple device, or scrolled through the Facebook newsfeed—in short, for all of us.”
—Adam Alter, New York Times bestselling author of Irresistible and Drunk Tank Pink

“Essential reading – while we still know what reading is – Foer's terrifying analysis of the cyber state we're in is both portrait gallery of the robber barons, the monopolists, the tax dodgers and the fantasists who own the data troughs from which we feed, and passionate plea for the retention of those values of privacy, nonconformity, contemplation, creativity and mind, which the Big Tech companies are well on their way to destroying, not out of cynicism but the deepest ignorance of what a person is and why individuality is indispensable to him.  This book leaves us in no doubt: no greater threat to our humanity exists.”
—Howard Jacobson, Man Booker Prize-winning author of The Dog’s Last Walk and The Finkler Question
Read More 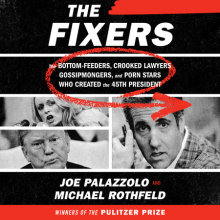 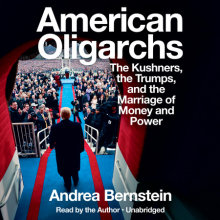