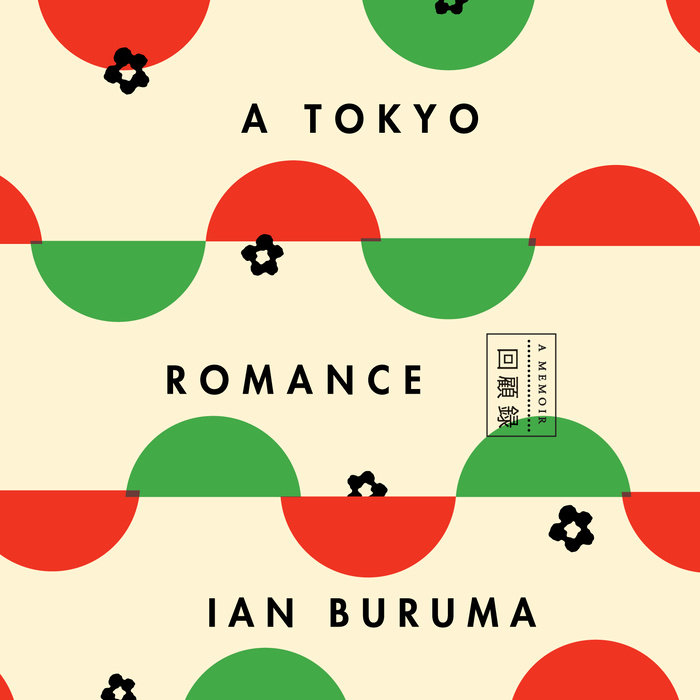 When Ian Buruma arrived in Tokyo in 1975, Japan was little more than an idea in his mind, a fantasy of a distant land. A sensitive misfit in the world of his upper middleclass youth, what he longed for wasn't so much the exotic as the raw, unfiltered humanity he had experienced in Japanese theater performances and films, witnessed in Amsterdam and Paris. One particular theater troupe, directed by a poet of runaways, outsiders, and eccentrics, was especially alluring, more than a little frightening, and completely unforgettable. If Tokyo was anything like his plays, Buruma knew that he had to join the circus as soon as possible.

Tokyo was an astonishment. Callow and unformed, Buruma found a feverish and surreal metropolis where nothing was understated, and everything shouted for attention--neon lights, crimson lanterns, Japanese pop, advertising jingles, cabarets, and PA systems. He encountered a city in the midst of an economic boom where everything seemed new, aside from the isolated temple or shrine that had survived the firestorms and earthquakes that had levelled the city during the past century. History remained in fragments: the shapes of wounded World War Two veterans in white kimonos, murky old bars that Mishima had cruised in, and the narrow alleys where street girls had once flitted. Buruma's Tokyo, though, was a city engaged in a radical transformation. And through his adventures in the world of avant garde theater, his encounters with carnival acts, fashion photographers, and moments on-set with Akira Kurosawa, Buruma underwent a radical transformation of his own. For an outsider, unattached to the cultural burdens placed on the Japanese, this was a place to be truly free.

A Tokyo Romance is a portrait of a young artist and the fantastical city that shaped him. With his signature acuity, Ian Buruma brilliantly captures the historical tensions between east and west, the clash of conflicting cultures, and the dilemma of the gaijin in Japanese society, constantly free, yet always on the outside. The result is a timeless story about the desire to transgress boundaries: cultural, artistic, and sexual.
Read More
“A triumphal narrative . . . a winning mix of nostalgic bravado and judicious self-deprecation.…luscious and precise . . . In a time when the country’s public image abroad consisted largely of manufacturing and geisha girls he located an avant-garde culture and entered it fully, unafraid of drunken excess then and unafraid of recalling it now. ” — Andrew Solomon, New York Times Book Review

“Buruma is a keen observer and the owner of a well-provisioned mind. There are smart little junkets in this book into everything from Japanese movies (Buruma became a film critic for The Japan Times) to the country’s tattooing culture to its female elevator operators, about whom he made a documentary film. His prose is unflaggingly good.” — New York Times

“[A]n unusually lucid writer. . . . Buruma paints a vivid portrait of his often mind-boggling encounters with the motley collection of artists, expats and eccentrics he befriended over his six years in Tokyo. And his honesty is disarming.” — AP

"Oh my eyes. . . . the whole thing sparks astonishingly to life. We’ll come back to the details, lurid or otherwise, but for now all you need to know is that Buruma’s high-level immersion in the country’s culture begins with him tottering around on takageta, a high-heeled version of the traditional Japanese wooden sandals, and ends with him playing a character called the Midnight Cowboy in a play by the underground director and actor Kara Juro. In between, there are visits to porn cinemas, a string of lovers of both sexes, an appearance in a Suntory whisky ad alongside the great Akira Kurosawa, and a non-star turn in a butoh show in which he appears on stage wearing only a scarlet jockstrap." — The Guardian

“Delicious… a wild ride through the late-20th-century Japanese avant-garde scene through the eyes of an innocent from across the sea.” — Kirkus, starred review

“New York Review of Books editor Buruma reflects on his immersion in the artistic underworlds of late 1970s Tokyo in this lucid, engrossing memoir…Buruma makes the archetypal quest for home in a foreign land both uniquely personal and deeply illuminating.” — Publisher’s Weekly, starred review

“With the insight and curiosity of someone on the outside looking in, Buruma describes a transformational moment in the making of modern Japanese culture.” — Booklist
Read More

This is the Author | Ian Buruma 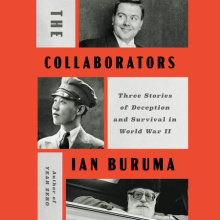