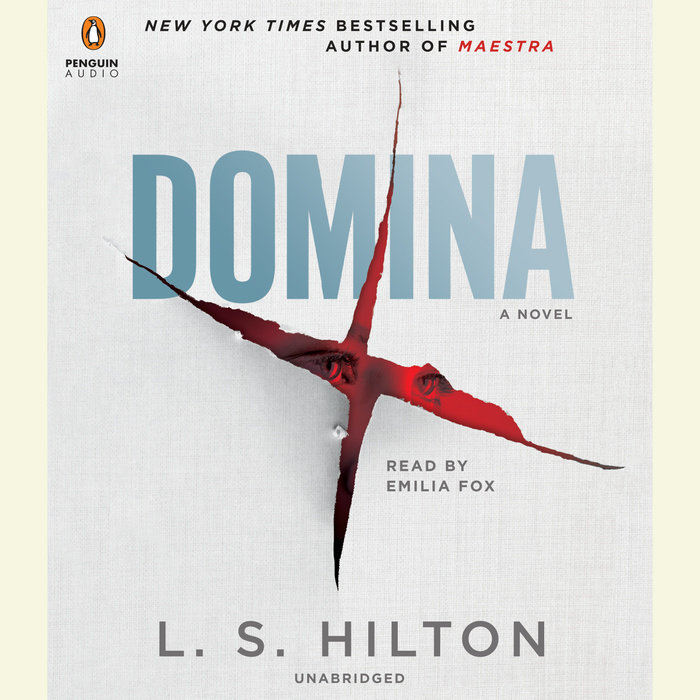 Since opening her own art gallery in Venice, Judith Rashleigh—now Elisabeth Teerlinc—can finally stop running. She’s got the paycheck, lifestyle, and wardrobe she always dreamed of, not to mention the interest of a Russian billionaire. But when a chance encounter in Ibiza leads to a corpse that is, for once, not her own doing, she finds her life is back on the line—and she’s more alone than ever. It seems Judith’s become involved with more than just one stolen painting, and there is someone else willing to kill for what’s theirs.

From St. Moritz to Serbia, Judith again finds herself maneuvering the strange landscapes of wealth, but this time there’s far more than her reputation at stake. How far will Rage take Judith? Far enough to escape death?

The second installment in an unforgettable trilogy, Domina is the next sexy, ruthless, and decadent thriller from mastermind L. S. Hilton, and an adventure that will push Judith further than even she imagined she could go.
Read More
Praise for Domina

“The best-selling Hilton is back. In a just-as-thrilling sequel, Judith returns....If you’re into the underbelly of the glamorous uberrich—or being able to say you were a fan before the inevitable screen version hit theaters—this series is not to miss.”—Marie Claire

“The sequel to Hilton’s masterful Maestra… [is] even more impossible to put down, more twisted. The concluding installment in the trilogy can’t come soon enough for fans of psychological thrillers.” —Booklist (starred review)

“[C]ompulsively readable—like a ritzy 50 Shades meets The Da Vinci Code. It's got sex, shopping, a few Old Masters and plenty of murder—what more could you want?”—Irish Independent

“It’s hard not to feel vicariously empowered by a woman unapologetically in pursuit. Let’s call her the Sheryl Sandberg of sociopaths, leaning in to the hilt.”—O, The Oprah Magazine

“Maestra will be one of this year’s most talked-about novels...More mayhem, more art—and certainly more sex—lie ahead for insatiable Judith and for all those consenting adults who will delight in her endless ups and downs.”—The Washington Post

“[A] shopathon travelogue thriller that has billionaires, art world scheming and a sociopathic heroine who can unfasten belt buckles with her tongue.”—The New York Times

“An unpredictable London auction-house assistant turned high-class escort slips effortlessly into the world of the glamorous and wealthy, crossing international borders and leaving destruction in her wake.”—The Wall Street Journal

“The European art world mixes with an underground world (hint: sex parties). This thriller is like The Talented Mr. Ripley meets The Girl with the Dragon Tattoo. Warning: it’s VNSFW. That V is for very.”—The Skimm

“[J]ubilantly mordant...Already optioned for the big screen by Amy Pascal, [Maestra is] the story of a twenty-first-century femme fatale as lethal as Tom Ripley and as seductive as Bacall.”—Vogue
Read More 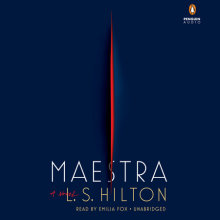