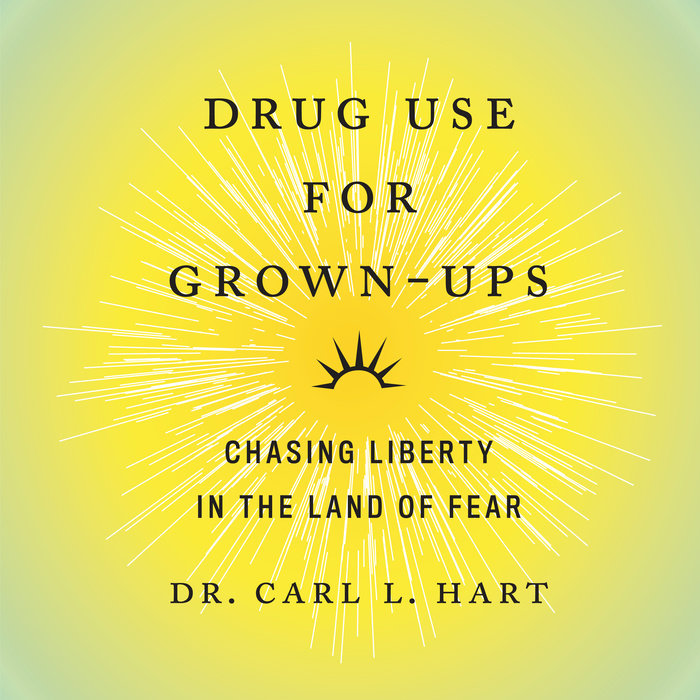 Written by: Dr. Carl L. Hart
Read by: Dr. Carl L. Hart
9 Hours and 48 Minutes Imprint: Penguin Audio Genre: Social Science - Criminology Release Date: January 12, 2021
From one of the world's foremost experts on the subject, a powerful argument that the greatest damage from drugs flows from their being illegal, and a hopeful reckoning with the possibility of their use as part of a responsible and happy life

Dr. Carl L. Hart, Ziff Professor at Columbia University and former chair of the Department of Psychology, is one of the world's preeminent experts on the effects of so-called recreational drugs on the human mind and body. Dr. Hart is open about the fact that he uses drugs himself, in a happy balance with the rest of his full and productive life as a colleague, husband, father, and friend. In Drug Use for Grown-Ups, he draws on decades of research and his own personal experience to argue definitively that the criminalization and demonization of drug use--not drugs themselves--have been a tremendous scourge on America, not least in reinforcing this country's enduring structural racism.

Dr. Hart did not always have this view. He came of age in one of Miami's most troubled neighborhoods at a time when many ills were being laid at the door of crack cocaine. His initial work as a researcher was aimed at proving that drug use caused bad outcomes. But one problem kept cropping up: the evidence from his research did not support his hypothesis. From inside the massively well-funded research arm of the American war on drugs, he saw how the facts did not support the ideology. The truth was dismissed and distorted in order to keep fear and outrage stoked, the funds rolling in, and black and brown bodies behind bars.

Drug Use for Grown-Ups will be controversial, to be sure: the propaganda war, Dr. Hart argues, has been tremendously effective. Imagine if the only subject of any discussion about driving automobiles was fatal car crashes. Drug Use for Grown-Ups offers a radically different vision: when used responsibly, drugs can enrich and enhance our lives. We have a long way to go, but the vital conversation this book will generate is an extraordinarily important step.

*This audiobook includes a PDF of figures and an appendix from the book.
Read More
One of Behavioral Scientist's Best Books of the Year

“[Hart's] positions may seem quite extreme to some but they also, by and large, make a lot of sense—and are backed up by ample research . . . A major reason drugs have such a negative public image, Hart asserts, is racism . . . eye-opening.” —NPR.org

“Hart’s argument that we need to drastically revise our current view of illegal drugs is both powerful and timely . . . when it comes to the legacy of this country’s war on drugs, we should all share his outrage.” —The New York Times Book Review

“One of the most thought-provoking reads I’ve had the pleasure of exploring in a long time . . .” —Trevor Noah, The Daily Show

“Hart’s book is compelling and well-argued. It’s one of those zeitgeisty books that manages to perform iconoclasm while outlining the unspoken obvious, detailing a lifestyle that many hold but few admit to publicly . . . Provocative and necessary.” —Jezebel

“Provocative and enlightening . . . Drug Use for Grown-Ups has the soul of a manifesto.” —Wall Street Journal

“As more and more states across the country legalize marijuana, and as popular opinion toward the war on drugs sours, Dr. Carl L. Hart’s new book arrives at the perfect time. . . . thoughtful and persuasive . . . He argues that if we truly believe in liberty as established in the Declaration of Independence, then the pursuit of this particular happiness should also be part of our protected civil liberties.” —BookPage (starred review)

“I approached this book with knee-jerk skepticism . . . But Hart, a neuroscientist who specializes in drugs and addiction, met my ignorance with a series of thought-provoking arguments . . . Through his own experiences and research, he makes a compelling case for revising our mindsets about taboo substances, and the people who use them.” —Discover Magazine

“A full-throated defense of self-aware, voluntary drug use . . . a valuable tool for mounting arguments in defense of free choice.” —Kirkus

“Comprehensive and illuminating . . . Columbia University psychology professor Hart combines his scientific research on how recreational drugs impact brain functioning with reflections on his own use of heroin and other drugs. . . . Careful reasoning and detailed evidence buttress the book’s most surprising claims . . . This bracingly contrarian take provides much food for thought.” —Publisher’s Weekly

“You must read this book. It's an eye-opening, mind-expanding masterpiece from one of the most important scientists in the world. You won't be the same after.” —Johann Hari, author of Chasing the Scream

“Why won’t this nation admit that criminalizing drugs has been far more deadly than the drugs themselves? This deeply personal, honest, and courageous book shines a crucial light on a topic cloaked in racism, repression, and myth.” —Dorothy Roberts, author of Killing the Black Body, Shattered Bonds, and Fatal Invention

“You may not agree with the author's personal enthusiasm for recreational drug use (and I happen not to). Nonetheless, Drug Use For Grown-Ups is a powerful, convincing tour of the hypocrisy that underlies so many of our drug laws, and the brutally unequal ways in which the laws are enforced. One shares Hart's fury at how, as per usual, it is the weak and marginalized members of society who are most targeted.” —Robert Sapolsky, author of Behave

“Dr. Carl Hart challenges our popular assumptions about drug addiction both through science and through a forthright account of hiw own heroin use. Drug Use For Grown-Ups makes a powerful case against stigmatizing—and criminalizing—adults who get high.” —Shane Bauer, author of American Prison

“Carl Hart provides a viscerally personal and candid book that debunks common myths that demonize recreational drug use. Hart—a neuroscientist and expert on substance abuse—brings us inside his own experiences with enlightened drug use and his frustration with the ineffectiveness and harm of the war on drugs. His book is timely with the dramatic rise in overdoses in the US compared to societies that have decriminalized drugs and seen a reduction in usage, overdoses and arrests.” —BJ Casey, PhD, Professor of Psychology, Yale University

“Dr. Carl Hart is that rara avis: A stellar neuroscientist—in fact, the preeminent expert on ‘recreational’ drugs—who is honest and enthusiastic about drug use. In Drug Use For Grown-Ups he dissects unalloyed data to dismiss our pernicious mythologies so that we can better understand the truly liberating nature and the real, not the imaginary, risks of these oft-maligned experiences. But Hart is also a captivating storyteller, and that’s what makes this book . . . well, addictive as he follows the data, wisdom and love from Switzerland to Portugal to New York City,  taking you along for the ride. As he bravely and humanely traces the science supporting treatment, regulation and decriminalization instead of succumbing to stigma or pandering to respectability politics, he displays a devotion to scientific truth in the service of better human health and relationships. By the time you reluctantly approach this book’s end, you will have acquired an education in what drugs offer us, their potential price, and healthy policies. Armed with this new clarity, it doesn’t matter whether you choose to shun drug use or to embrace its potential as a wondrous human experience: Thanks to Hart’s clarity and courage, your eyes will be opened and for the first time, your choice will be informed.” —Harriet A. Washington, author of Medical Apartheid: The Dark History of Medical Experimentation on Black Americans from Colonial Times to the Present

“This book is written by a leading drug researcher and neuroscientist who has himself grown up through, and been significantly affected by, the era of the ‘war on drugs.’ His personal story from acceptance of the status quo to understanding its fundamental flaws permeates both the science and the wisdom that this book projects. One hopes that the political and scientific establishment reads it and reflects on the urgent need for new evidence-based drugs policies.” —David Nutt, author of Drink? The New Science of Alcohol and Your Health

“Like he did in my Netflix cannabis doc, Grass Is Greener, DR. Carl Hart gives you the real-to-real regarding drug use and dismantles all the lies and misinformation we’ve been assaulted with for decades. Drug Use for Grown-Ups is a hip, street smart, scholarly yet easy-to-read deep dive into the how and why of illegal drugs that should be required reading from millennials to seniors.” —Fab 5 Freddy
Read More 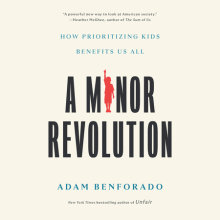 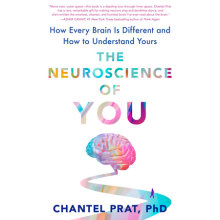